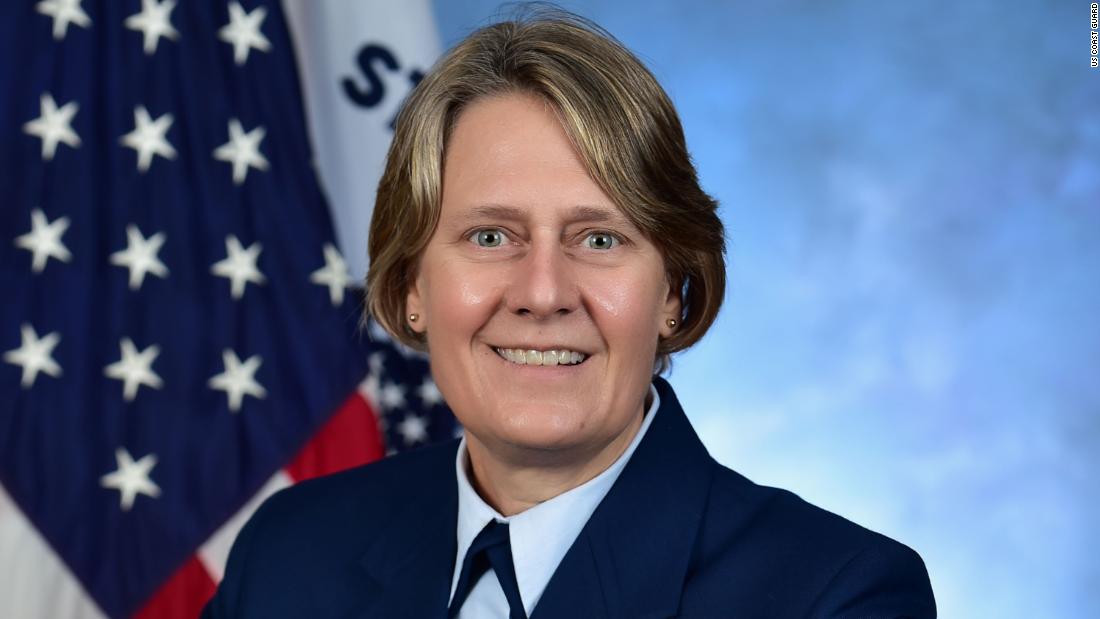 If confirmed, Fagan would be the first woman to lead a US armed service and to lead the Coast Guard.

Fagan currently serves as the No 2. in the US Coast Guard, a role she’s held since June 2021.

Her nomination will be under consideration by the Senate Committee on Commerce, Science, and Transportation.

Democratic Sen. Maria Cantwell of Washington, the committee’s chair, praised Fagan’s nomination and said it will “inspire generations of American women to strive to serve at the highest level in the Armed Forces.”

Cantwell and Democratic Sen. Tammy Baldwin of Wisconsin had written to Biden on Friday, requesting the “prompt nomination” of the Coast Guard commandant while noting that the current commandant is required to retire on May 31.

“Given the time required to confirm the nomination in the Senate, it is imperative that we receive the official as soon as possible. Ensuring continuity of leadership is of the utmost importance to our national and economic security,” the two senators wrote.

If confirmed, Fagan would become the 27th Commandant during a change of command ceremony scheduled for June 1 in Washington. Adm. Karl Schultz, the current commandant, will retire after the ceremony.

In a Twitter post Tuesday, Republicans on the committee said that Biden has “finally nominated an outstanding leader” for the Coast Guard and that it’s “important for the Commerce Committee to proceed efficiently so the Coast Guard is not left without a leader.”
Fagan has 36 years of Coast Guard service and has served on all seven continents, according to her military biography.

She most recently served as the commander of the Coast Guard Pacific Area and also served on the icebreaker USCGC POLAR STAR. Fagan also was the first woman to serve as commander of Sector New York. As the longest serving active duty Marine Safety Officer, she was recognized as the Coast Guard’s first Gold Ancient Trident.
“Admiral Fagan is an exceptional senior Coast Guard officer and nominee, possessing the keen intellect, the depth of operational experience, and the well-honed leadership and managerial acumen to serve with distinction as our Service’s 27th Commandant,” Schultz said in a statement.
Homeland Security Secretary Alejandro Mayorkas said Fagan is “a tremendous leader, trailblazer, and respected public servant who will lead the Coast Guard across its critical missions with honor.”

He urged the Senate to swiftly confirm Fagan.