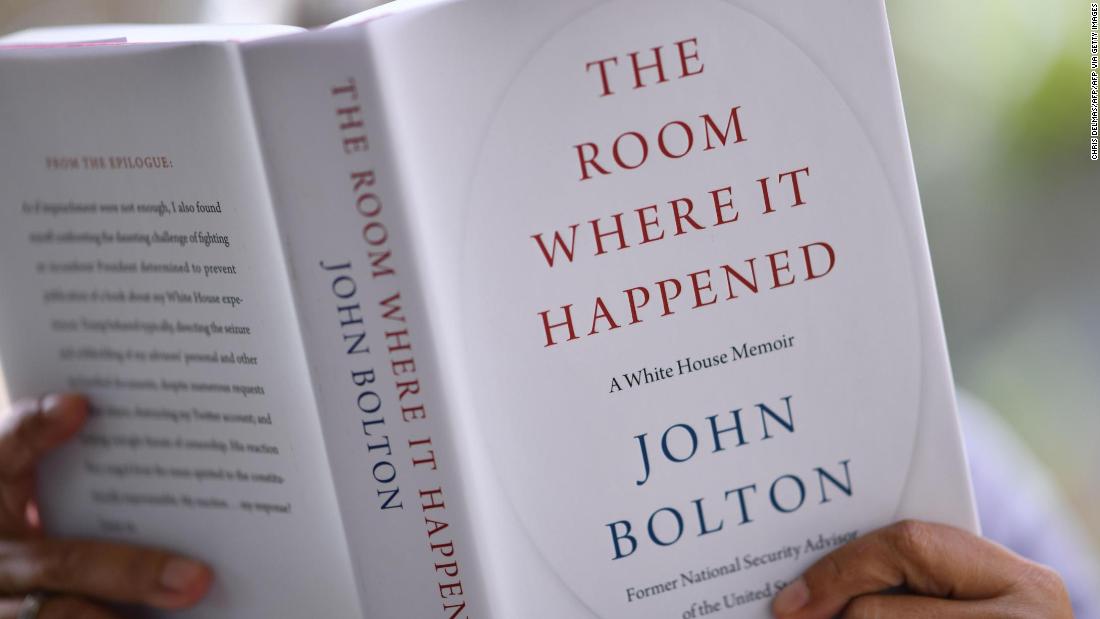 “Ellen Knight is a dedicated career public servant,” NSC spokeswoman Emily Horne told CNN in a statement after CNN reached out for comment.

“We’re thankful to have her return to the National Security Council as the Senior Director for Records, Access, and Information Security Management and benefit from her extensive experience in classified information management,” Horne added.

In 2018, Knight was detailed to the NSC from the National Archives and Records Administration. In a lawsuit filed in September 2020 against the Trump administration, Knight said that in 2020, she and a colleague spent hundreds of hours working diligently on clearing Bolton’s book — “The Room Where It Happened” — for review, completing the process in April and removing all sensitive and classified information, as confirmed by a superior.

She had been prepared to approve the book for publication but NSC attorneys instructed her not to do so. She concluded, her lawyers later wrote, that “a designedly apolitical process had been commandeered by political appointees for a seemingly political purpose.” For months, NSC and Justice Department officials pushed her to delay the process, she said.

“She asked them (White House and Justice Department lawyers) to explain why they were so insistent on pursuing litigation rather than resolving the potential national security issues through engagement with Ambassador Bolton and her team,” Knight’s lawsuit stated. “The attorneys had no answer for her challenges, aside from a rote recitation of the government’s legal position. … However, when Ms. Knight speculated that this litigation was happening ‘because the most powerful man in the world said that it needed to happen,’ several registered their agreement with that diagnosis of the situation.”

On June 22 of that year, amid an extensive and sometimes contentious back-and-forth, Knight was told her time at the NSC would come to an end in 60 days.

Bolton told CNN on Wednesday that he “applaud(ed) the decision of the White House to reinstate Ellen Knight as an NSC Senior Director.”

“Trump’s disgraceful firing of Ms. Knight is another stain on his presidency,” Bolton said. “Those in the NSC and White House Counsel’s office who tried to intimidate Ms. Knight, and then carried out Trump’s personal vendetta, should be held to account.”