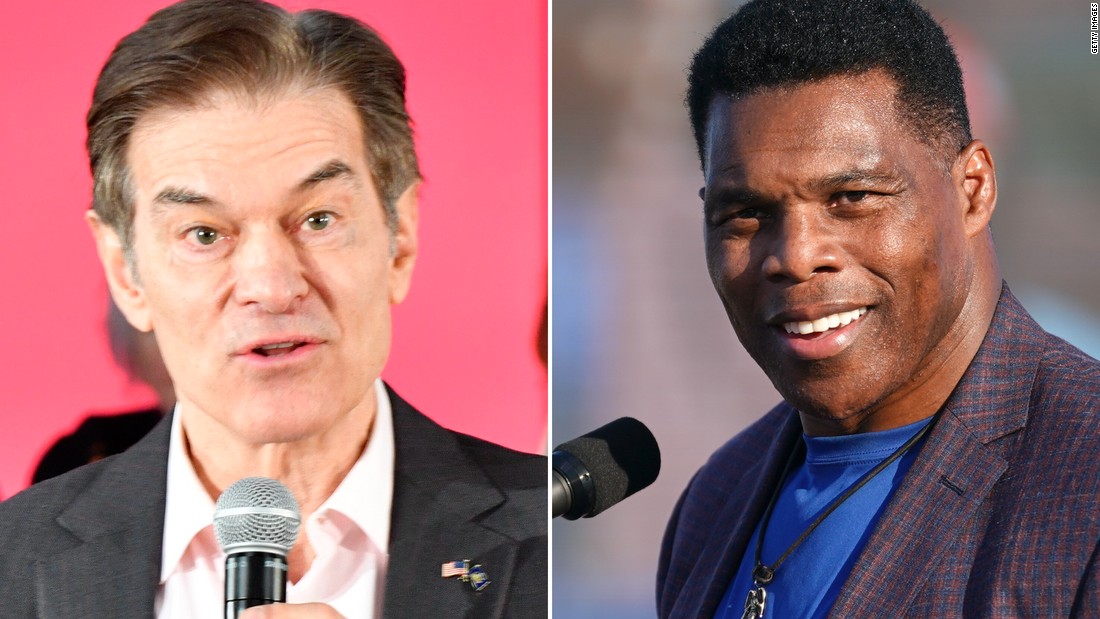 It’s against the Biden administration’s policy for federal candidates to serve on presidential boards, according to a White House official. The official said letters to Oz and Walker were sent Wednesday requesting their resignations by 6 p.m.

Oz, who’s seeking the GOP nod in a contentious primary, blasted the move in a statement. “President Trump appointed me to two terms on the President’s Council on Sports, Fitness & Nutrition. The White House just emailed me demanding my resignation by the end of the day,” he wrote. “Clearly, Joe Biden can’t be around anyone who doesn’t completely fall in line with his fear-mongering authoritarian one-size-fits-all COVID handling. I am proud of my service and will not resign.”

CNN has reached out to Walker’s campaign for comment.

Members of the President’s Council on Sports, Fitness, & Nutrition are considered special government employees, who, per the Hatch Act, “may not be candidates in partisan elections” while conducting official government business.

Both Republican candidates face May primaries.

Earlier Wednesday, the White House announced the appointment of chef and humanitarian José Andrés and WNBA star Elena Delle Donne as co-chairs of the committee.