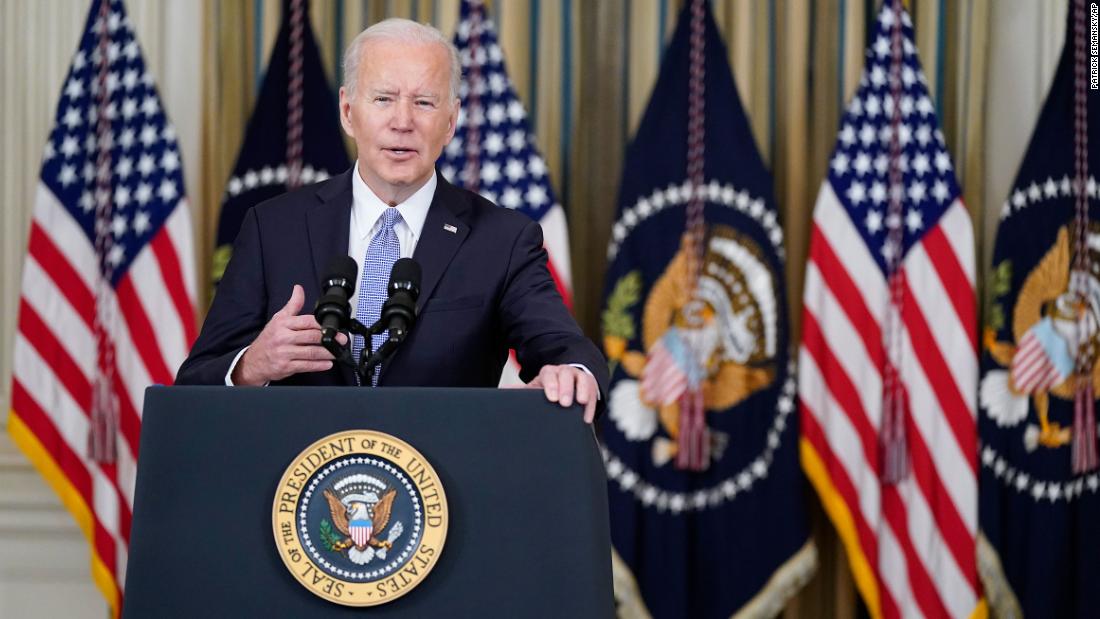 Monday’s event will include “some big trucks at the White House,” Simons said.

It is a tumultuous time for the trucking industry. Truckers move 72% of the US economy’s goods, per industry estimates, but the Covid-19 pandemic saw a spike in labor shortages for the industry, with one trucking association CEO telling CNN last year that the sector was short 80,000 drivers.
Meanwhile, the Biden administration is under heavy political pressure to unclog supply chain shortages and knock down soaring inflation. Monday’s event will serve as outreach to a segment of working-class Americans for a president who has often styled himself as an ally to blue-collar workers, and it follows headlines earlier this year of trucker protests over Covid-19 restrictions.

The Biden administration’s Trucking Action Plan introduced last year increased federal funding to expedite issuance of commercial driver’s licenses, expanded outreach efforts to veterans through the Department of Veterans Affairs, and established a joint initiative between the Departments of Labor and Transportation to expand recruitment and advocate for employees.

In a fact sheet released Sunday evening, the White House said that since Biden took office, the administration had “taken on the supply chain disruptions and price increases resulting from the decades-long lack of investment in the nation’s goods movement supply chain.”

Still, the tough working conditions for long-haul truck drivers in particular make it incredibly difficult to retain drivers, who often leave for other companies or quit the industry altogether.

The average annualized turnover rate of long-haul drivers at larger companies was 96% during the third quarter of last year, according to the American Trucking Associations, a trade group. At smaller carriers, the turnover rate was 73%.

The job typically consists of multiday trips during which the driver spends nights away from home and sleeps in the cab of the truck. The median pay is $47,130 per year, which is higher than the median for all occupations, according to the Bureau of Labor Statistics.

But long-haul truck drivers are typically paid on a per-mile basis, rather than per hour worked, and are also exempt from receiving overtime pay under the Fair Labor Standards Act. That means drivers are only earning money when they are actively driving and not when they are waiting for cargo to be ready for pickup, or while the truck is loaded or unloaded, for example.