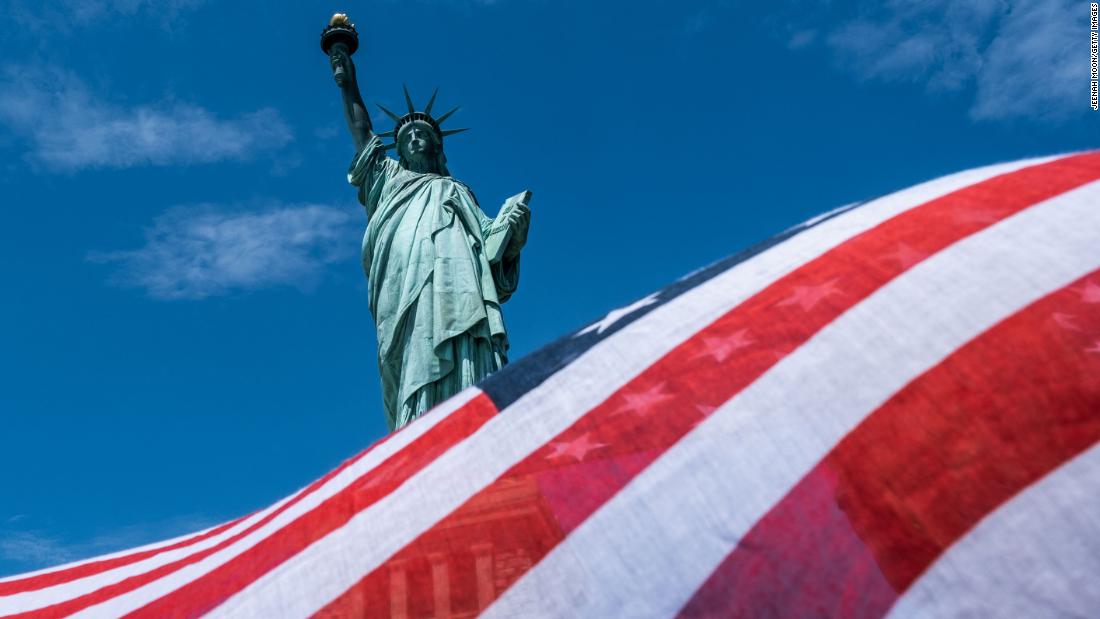 Researchers at the University of Southern California analyzed more than 2 million citizenship applications filed by US permanent residents between October 2014 and March 2018, and found racial disparities among those whose applications were approved.

Black immigrants, researchers say, have been denied citizenship more often than any other racial and ethnic group.

About 94% of White women and about 92% of White men were approved for US citizenship while Black men and women received an approval rating at or below 90%, the study shows. Black Muslim immigrants also had lower approval ratings at around 86%.

The data analyzed by researchers did not include details about reasoning behind each application denial — a key piece of information that would help determine what leads to the disparities, said Emily Ryo, the lead author for the study and a professor of law and sociology at the USC Gould School of Law.

CNN reached out to US Citizenship and Immigration Services for comment on the study’s findings.

But Ryo said the approval disparities could stem from the country’s long history of using race, ethnicity and gender as bases of exclusion in federal legislation.

Discriminatory statutes linked to citizenship began hundreds of years ago with the Naturalization Act of 1790, the authors wrote. The act, which was the first law to define eligibility for naturalization, limited citizenship to only “free White” immigrants who had lived in the country for at least two years.
In 1870, Congress amended the law’s requirements to include people of “African descent” but Ryo said those old stereotypes can continue clouding the judgment of immigration authorities who have the power to grant or deny citizenship.

Ryo noted the applicants considered in the study lived in the country for a continuous period of time, many were long term residents, and immigrants often “experience a set of disadvantages and discrimination in other areas” that could potentially impact their immigration applications.

“For example, if Black immigrants might be more targeted by law enforcement than White immigrants, that disadvantage and targeting will become exaggerated over time as they try to seek citizenship,” Ryo said.

The study was published days after advocates across the country held a Black Immigrant Advocacy Day of Action last week.

Nicole Morgan, an associate attorney at the Texas-based nonprofit RAICES, said anti-Black racism is as “ingrained” in the US immigration system as in the rest of America’s culture and society.

“As a Black person and an immigration attorney who works inside detention centers, I know that Black immigrants are being brutalized, dehumanized, and rendered invisible by the system,” Morgan said in a statement.

“Structural inequalities in the broader system, beyond immigration, can really have these kinds of ripple effects that we might not see until they enter the immigration system,” Ryo added.