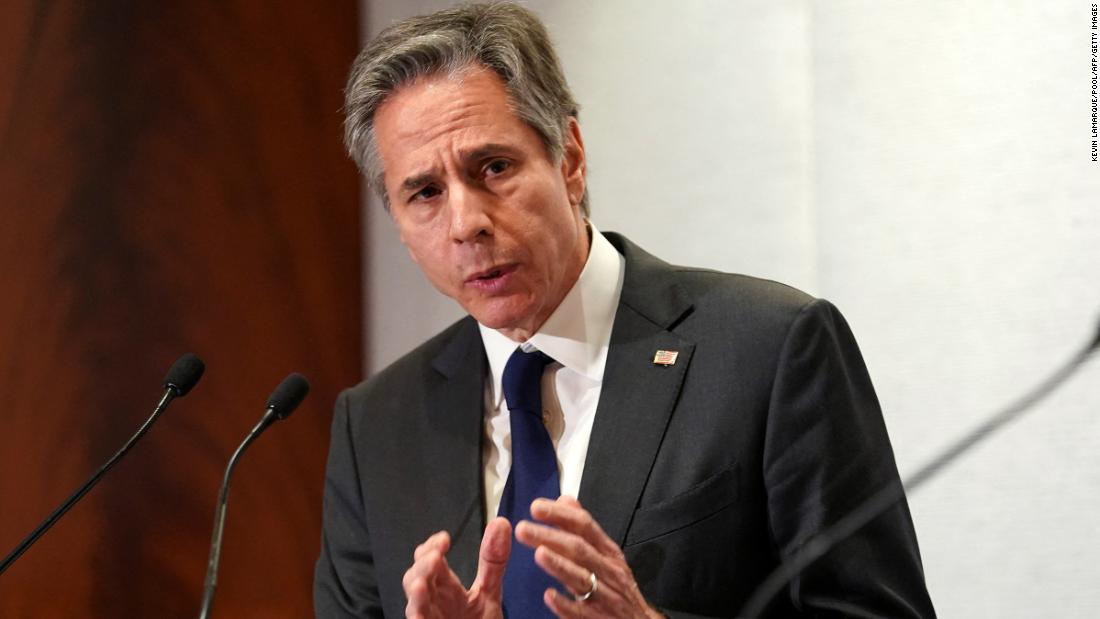 “Unfortunately, there’s a difference between what Russia says and what it does. And what we’re seeing is no meaningful pullback,” Blinken said on ABC’s “Good Morning America.”

“On the contrary, we continue to see forces, especially forces that would be in the vanguard of any renewed aggression against Ukraine, continuing to be at the border, to mass at the border,” he said.

Blinken reiterated that the US believes that Russia could invade neighboring Ukraine at any moment, including this week.

Blinken underscored that the US remains committed to trying to pursue diplomacy, but said the ball is in Russia’s court.

On Tuesday, Moscow claimed that some of its troops were moving away from the border of Ukraine, but multiple US and Western officials have said that while they would welcome such a move, they have yet to see this happen.