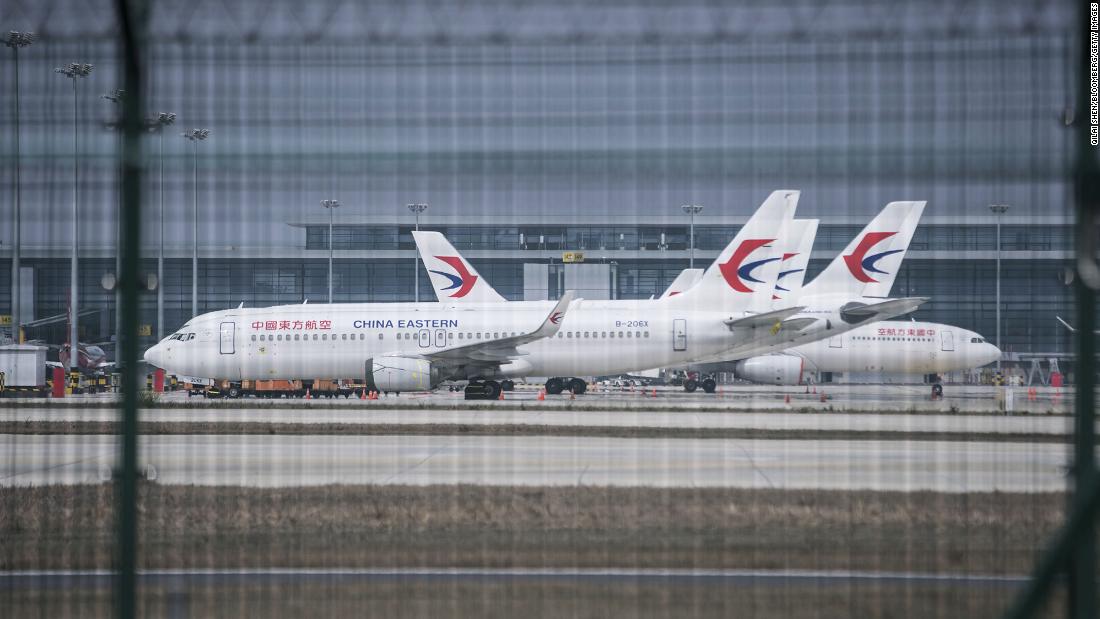 The decision to ground the Boeing model 737-800 was made by China Eastern Airlines, which operated the jet that crashed March 21, killing all 132 on board. The cause of the crash has yet to be determined, and the grounding could be lifted soon if it turns out the cause was not mechanical.
But Boeing has plenty of other troubles in China, the world’s largest aviation market. It is on the verge of being virtually shut out of the region as trade tensions between the United States and China have basically halted Boeing sales in the country for the last four years. The company has not announced any sales to a Chinese passenger airline since November 2017. Only six months ago, Boeing projected the Chinese market would be worth $1.5 trillion in commercial aircraft purchases over the next 20 years.
It takes a long time to build and deliver planes after they’re ordered, and Boeing continued to deliver jets to China’s airlines and leasing companies in 2018 and early 2019. But only 40 of them have been delivered since March 2019. That’s when aviation authorities around the globe grounded Boeing’s bestselling jet, the 737 Max, after two fatal crashes were found to have been caused by a design flaw. That grounding stretched on for 20 months.
But not in China, where the aviation regulator — one of the first to ground the Max after the second accident — waited another year to clear the plane to fly. Chinese airlines that own the planes still have not returned them to service.

“We would now expect further delays to Chinese reinstatement of the 737 Max while this accident is investigated, at least until a likely cause is identified,” said a note this week from Melius Research.

Losing a market as important as China would be a devastating blow to Boeing (BA), which has been hit by one problem after another over the last three years, starting with the 737 Max crashes and then the pandemic, which all but obliterated demand for flying and devastated the finances of its airline customers. More recently, there have been issues with its latest model, the 787 Dreamliner, halting deliveries.

In 2017 and 2018 China accounted for more than 20% of Boeing’s global deliveries, but since the start of 2020 the percentage has dropped to below 5%. (Boeing gets most of its revenue when a plane is delivered.)

Some experts believe Boeing has reached agreements to sell some planes to Chinese airlines in the last four years, either through a leasing company or via sales in which the name of the buyer is not made public. But no aircraft orders are official without approval from the Chinese government, which views plane sales as leverage in its negotiations with the United States on overall trade issues, said Richard Aboulafia, aerospace analyst with AeroDynamic Advisory.

Boeing CEO Dave Calhoun told investors in October, “We remain in active discussions with our Chinese customers on their fleet planning needs and continue to urge leaders in both countries to resolve trade differences.”

The longer the current grounding drags on, the more Boeing is at serious risk of losing out on the Chinese market, analysts say.

Typically, an airline is reluctant to switch between aircraft manufacturers because such a pivotal change increases the cost of pilot training and makes spare parts more costly. If Chinese customers with Boeing planes in their fleets were to start buying jets from rival Airbus (EADSF), it would be a long-term shift not easily reversed, and one made by the Chinese government rather than the airlines.

He and other experts expect Boeing will eventually get back some sales and deliveries in China, but at a much lower number than it was counting on just a few years ago.

China “can get some planes they need from Airbus, but they can’t get all their planes from Airbus,” said Ronald Epstein, aerospace analyst with Bank of America. Aboulafia describes the relationship between China and Boeing as a “bad marriage with no possibility of divorce.”

The only good news for Boeing is China’s aviation sector is not as important as it appeared it would be a decade ago, when experts were projecting the market would account for 30% of all global commercial jet purchases. China’s aviation industry was slowing even before the pandemic, Aboulafia said, from a 12.2% growth rate in 2018’s fourth quarter to 5.3% a year later, just before the outbreak of Covid came to light.