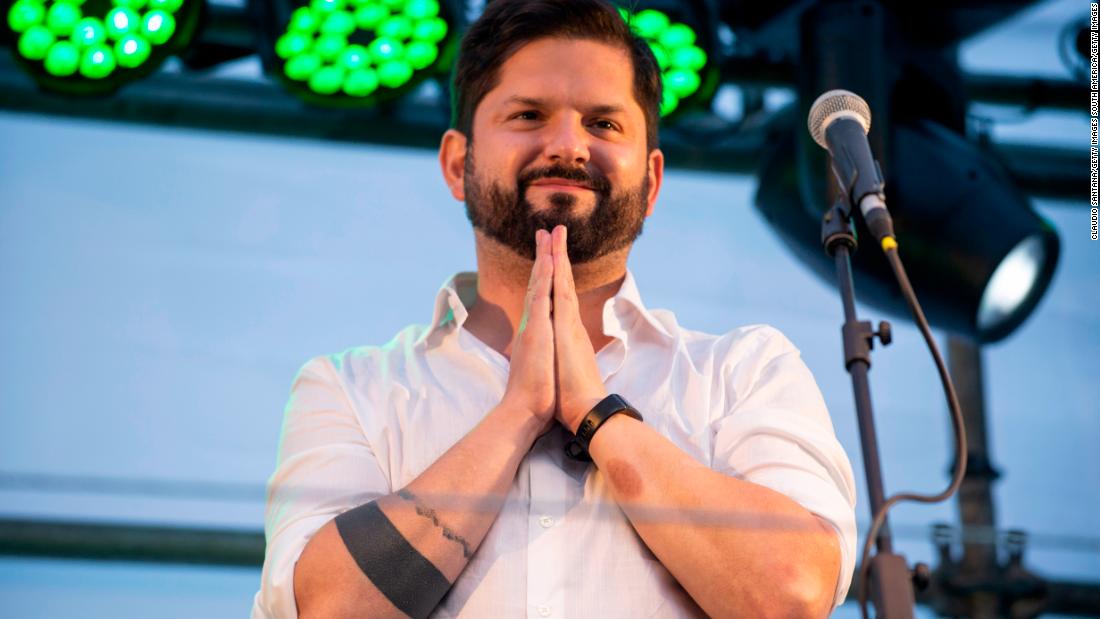 At the Congress building in the port city of Valparaiso, Boric, a tattooed former protest leader and lawmaker, took the presidential sash from outgoing billionaire President Sebastian Pinera, making him the country’s youngest ever elected leader.

“Before the Chilean people, I make my pledge,” said Boric , who in a sign of changing times wore a shirt and jacket but no tie, unheard of for male presidents in strait-laced Chile.

Boric’s rise has sparked hope among progressives in Chile, long a conservative bastion of free markets and fiscal prudence in volatile South America, but has also stoked fear that decades of economic stability could come undone.

The leader of a broad leftist coalition including Chile’s communist party, he has vowed to overhaul a market-led economic model to fight inequality that sparked violent protests in 2019, though he as moderated his fiery rhetoric in recent months.

The copper-producing country is also in the midst of redrafting its Pinochet-era Constitution, which has underpinned growth but been blamed for stoking inequality that led to months-long violent protests that gripped Chile in 2019.

“He reminds me of Allende, but I hope it has a happier ending,” said Marigen Vargas, 62, who traveled all night to be at Boric’s inauguration outside Congress. “We want a more united, happier Chile.”

Boric faces a raft of challenges from an economic slowdown, high inflation and a split legislature that will test his deal-making abilities to push through reforms in healthcare and pensions, while toughening environmental regulation.

Carlos Ruiz, an academic at the University of Chile who taught Boric, said Boric would have to deal with a rising ultra-conservative bloc that did well in elections last year and find consensus to push through his reforms.

“These are now the tasks lying ahead of Boric,” he said.

Boric’s female-majority Cabinet was sworn in on Friday, with delegations from the United States, Spain, Argentina, Peru and others in attendance.

Among a sea of suits and military garb, a part of the Senate was filled with representatives of Chile’s various indigenous communities in traditional attire.

“It’s a sign that it’s going to be an inclusive government,” Cecilia Flores, an indigenous Aymara told Reuters in the chamber, adding it was the first time representatives from each indigenous group have been present at the inauguration.

“It’s going to be a government that’s will make the social changes the people of Chile have been fighting for, especially indigenous groups.”

High hopes may quickly butt up against a divided electorate and legislature, split down the middle between the right and left. Bubbling issues of crime, immigration and indigenous rights mean Boric’s government also has a full in-tray.

“I wish him success in his future government,” outgoing president Pinera said in his final address, but cited concerns about identity politics, weakening of the judiciary and crime. “But also the wisdom to distinguish right from wrong.”