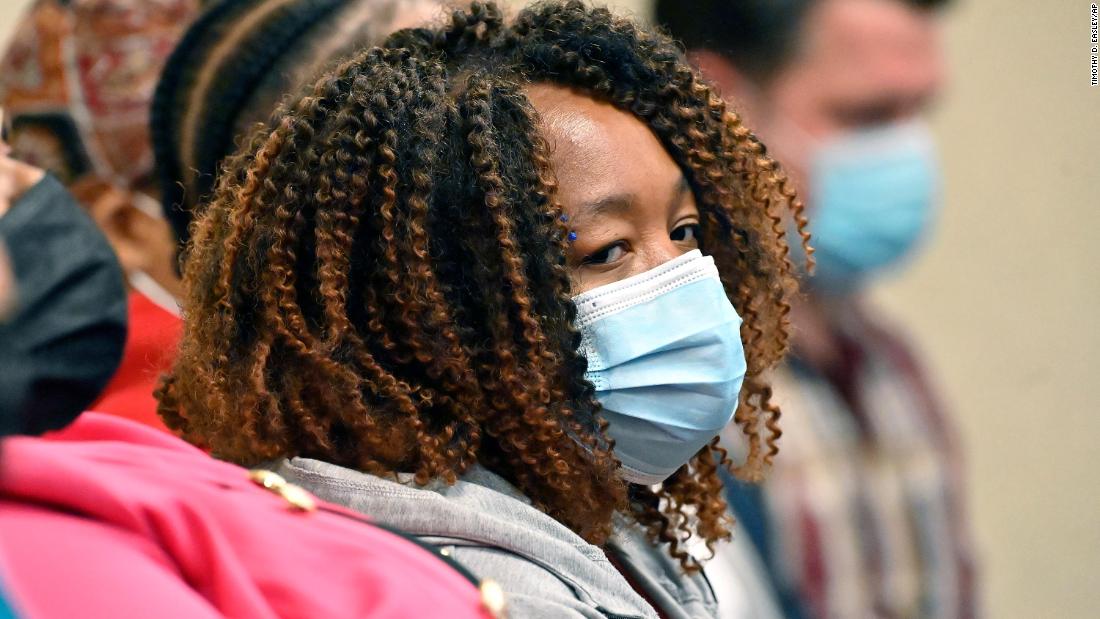 “I’m here at the Department of Justice asking them to do the right thing,” Palmer said at a news conference after the meeting. “This is bigger than Breonna. If no one addresses this issue, they’ll keep kicking in our doors and murdering us.”

Sunday marked the two-year anniversary of Taylor’s death. The 26-year-old was shot and killed during the police raid at her apartment in Louisville, Kentucky, in March 2020. Her death sparked protests across the country.

One officer, Brett Hankison, was charged with wanton endangerment for firing 10 bullets into Taylor’s apartment, but he was acquitted by a jury earlier this month. Hankison was fired from the Louisville Police Department in 2020.

The two other officers involved in the raid have not been charged. One, Myles Cosgrove, was terminated in January 2021 for firing rounds into Taylor’s home and for failing to activate his body camera. Another officer, Jonathan Mattingly, retired in April 2021.

Benjamin Crump, the attorney for Taylor’s family, said he and Palmer met with Kristen Clarke, the top official of the Justice Department’s Civil Rights Division, for about 45 minutes Monday morning, to demand an investigation into all three officers.

“They said, ‘Be not dismayed,'” Crump said, recounting the meeting. “They’re turning over every stone, looking at any civil rights charges on behalf of Breonna Taylor, because they would do the same for any citizen. Because Breonna Taylor deserves it.”

The Justice Department has not commented on the meeting.

Attorney General Merrick Garland announced a pattern or practice investigation into the Louisville, Kentucky, police department last April, but no federal charges have been brought in connection to the police raid at Taylor’s apartment.

The Justice Department charged three men, who were ultimately found guilty last month, with federal hate crimes following the death of Ahmaud Arbery. Arbery, a 25-year-old Black man, was shot and killed while jogging on the public streets of a Georgia neighborhood in February 2020.

Kentucky’s attorney general, Daniel Cameron, has come under intense criticism for his role in the Taylor shooting investigation. Last January, three former grand jurors petitioned the Kentucky legislature to impeach Cameron after some said they were never given the opportunity to consider homicide charges in the Taylor case. At least one of the grand jurors said that Cameron’s public statements about the grand jury were misleading.

Cameron has previously said that officers Cosgrove and Mattingly were justified shooting in self-defense because Taylor’s boyfriend fired first. In an interview with the Associated Press in August, Cameron also said the decision not to charge any of the officers directly with Taylor’s death was ultimately in the grand jury’s hands.