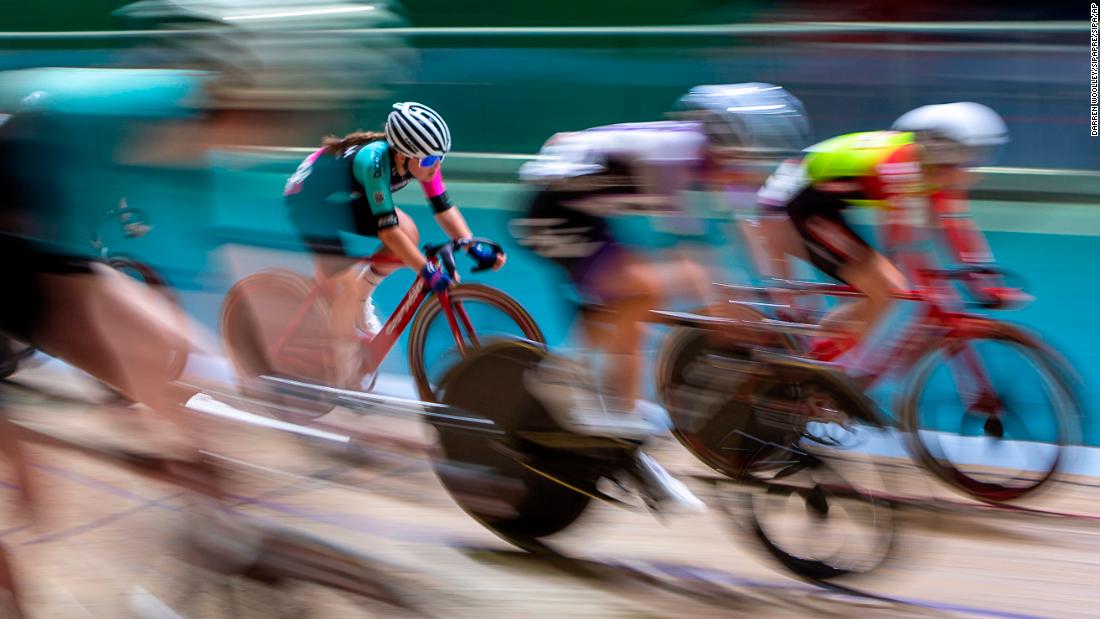 The sport’s governing authority in the UK said Friday that it had voted in favor of an “immediate suspension” of its current policy, which it said was “unfair on all women riders.”

The decision came days after transgender cyclist Emily Bridges said she had been “harassed and demonised” after the UCI, world cycling’s governing body, ruled she couldn’t compete at the National Omnium Championships in the UK on April 2.

Bridges, who was set to race against British Olympic stars such as Laura Kenny in the event, said she found out through British Cycling that the UCI had ruled she was ineligible.

UK Prime Minister Boris Johnson waded into the row this week when he said: “I don’t think that biological males should be competing in female sporting events. And maybe that’s a controversial thing … but it just seems to me to be sensible.”
Posting the statement on its website, British Cycling said: “Due to the difference in the policies held by British Cycling and the UCI relating to the licensing process, it is currently possible for trans-female athletes to gain eligibility to race domestically while their cases remain pending with the UCI (or indeed in situations where they are deemed ineligible).

“This in turn allows those riders to accrue domestic ranking points which impact selection decisions for National Championship races, which is not only unprecedented in our sport, but is also unfair on all women riders and poses a challenge to the integrity of racing.”

A full review will be initiated in the coming weeks, the organization said, adding that it remained “committed to ensuring that transgender and non-binary people are welcomed.”

The previously agreed-upon policy required that any current or prospective transgender or non-binary member seeking to compete in the female race category must submit a signed declaration stating that their identity is female and that they wish to compete in the female category, while also submitting medical evidence that their “total testosterone level in serum has been less than 5 nmol/L continuously for a period of at least 12 months.”

‘We’ve just received this in our inbox’

A statement posted by British Cycling on its website on March 30 said Bridges had been due to participate in the event on Saturday, April 2 “under the British Cycling Transgender and Non-Binary Participation policy,” but added: “We have now been informed by the Union Cycliste Internationale (UCI) that under their current guidelines Emily is not eligible to participate in this event.”

As of March 1, 2020, UCI regulations state that transgender women must reduce their testosterone levels to below 5 nmol/L for at least 12 months in order to compete in women’s events.

However, according to the Guardian, the UCI prevented Bridges from competing because it said she was still registered as a male cyclist and therefore ineligible to compete as a woman until her male UCI identification expired.

Bridges has not yet commented on British Cycling’s suspension of its “transgender and non-binary participation policy,” but her mother, Sandy Sullivan, tweeted a copy of the statement, saying: “Dumped by email. We’ve just received this in our inbox. We will be making a statement at some point in the next 24 hours.”

CNN has reached out to Bridges’ representatives for comment.

Earlier this month, Bridges said in a statement she has been in contact with British Cycling and the UCI for the past six months, ahead of what was supposed to be her first race in a women’s event.

“I am an athlete, and I just want to race competitively again,” Bridges said. “No one should have to choose between being who they are, and participating in the sport that they love.”
Bridges initially posted the statement on her Instagram account, but she has since made the account private.