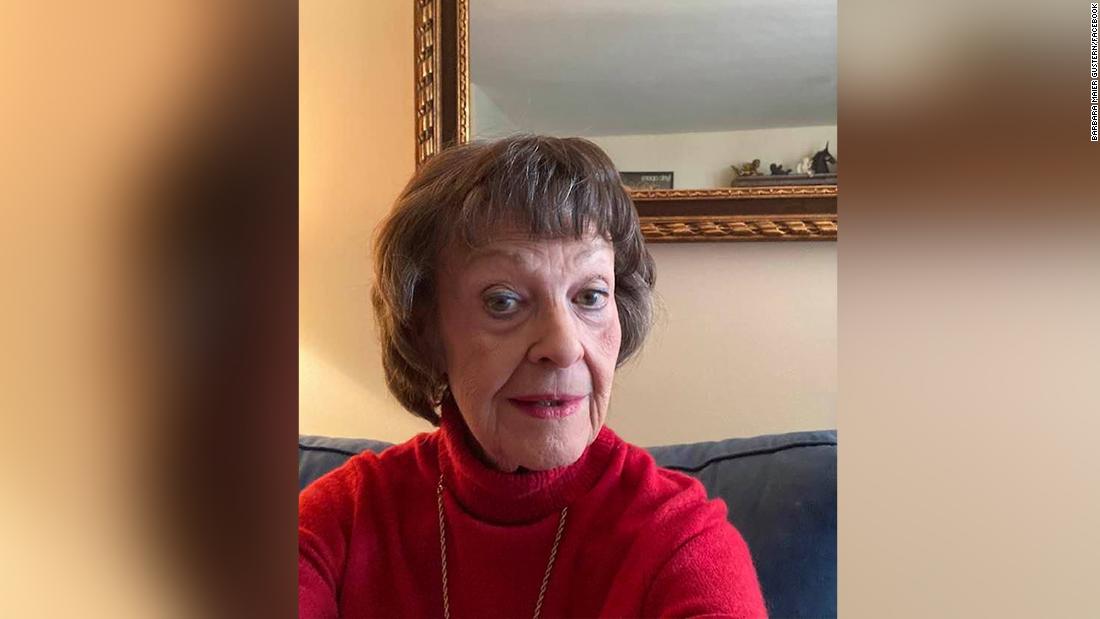 Barbara Maier Gustern, 87, was pushed from behind by an unidentified woman on the night of March 10 as she stood outside her apartment on Manhattan’s Lower West Side, police said. Gustern hit her head and was hospitalized. The suspect ran away, police said.

“We have lost one of the brightest little flames to ever grace this world,” he wrote. “Bobbob, I love you, you are and always will be my heart.”

No arrests have been made and the investigation is ongoing, New York Police Department Sgt. Brendan Ryan told CNN.

“We’re asking the public’s help in solving this disgusting, disgraceful offense committed against a vulnerable, elderly female who was doing nothing but walking down the streets of New York City,” NYPD Chief of Detectives James Essig said Tuesday during a news conference. “So, please — anybody with any information on this person or her whereabouts, call 1-800-577-TIPS.”

In a Facebook post dated Saturday, AJ Gustern said his grandmother had been unconscious and intubated since the attack, and she suffered “traumatic damage to the left side of her brain.”

“Should she awake, she will most likely suffer speech problems and may be unable to move her right side,” AJ Gustern said in the post. “It is a very serious injury.”

Gustern’s death comes at a challenging time for New York as the city grapples with rising crime rates. As of the first week of March, major crimes were up 47% since the start of the year, compared to the same time last year, data from the NYPD shows. City officials have also called for new safety measures to combat a recent spate of subway attacks after several people have been assaulted or pushed onto the tracks.

CNN’s Emma Tucker and Mark Morales contributed to this report.