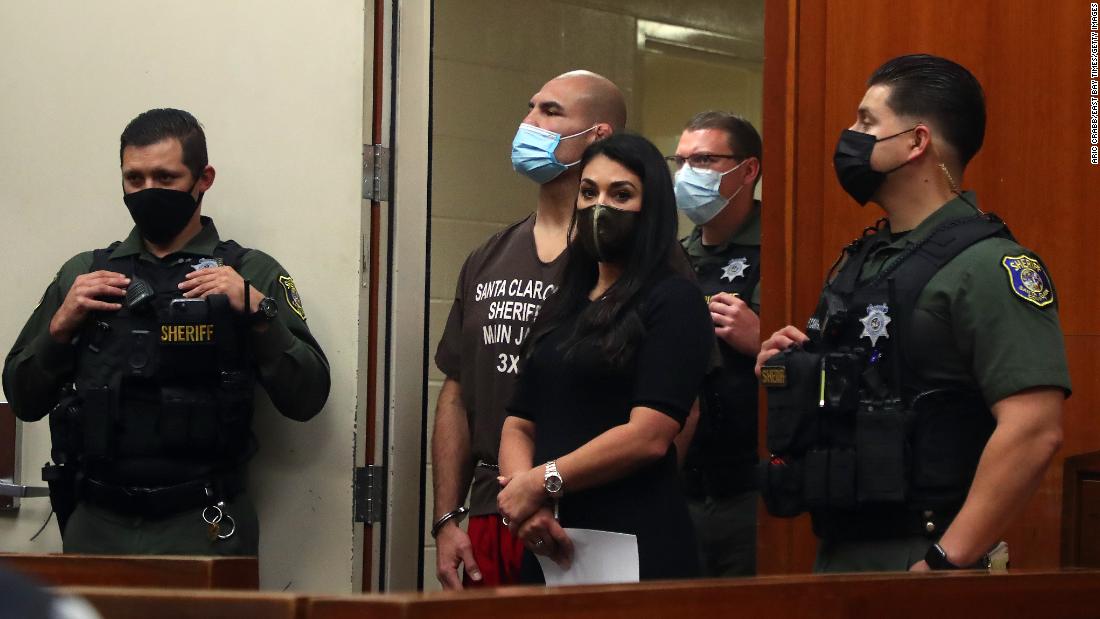 The shooting Monday afternoon occurred during an “11-mile, high speed chase through busy streets into Sane Jose,” the Santa Clara, California, District Attorney’s office said in a statement, as Velasquez pursued his target, who was in a vehicle with two other people. Velasquez, the statement said, fired at the vehicle from his Ford truck, striking his intended target’s 63-year-old male relative.

The victim who was shot was taken to a local hospital with non-life-threatening injuries, the San Jose Police Department previously said.

“The sad tragedy is that Mr. Velasquez chose to take the law into his own hands, endangering the public and everyone in the truck,” Santa Clara District Attorney Jeff Rosen said in a statement Wednesday. “This act of violence also causes more pain and suffering to his family.”

The attempted murder charge stems from Velasquez’s intent to kill his target, but he faces 10 charges in total, according to court documents. They include shooting at an occupied motor vehicle, three counts of assault with a firearm, three counts of assault with a deadly weapon, willfully discharging a firearm from a vehicle and carrying a loaded firearm with intent to commit a felony.

Velasquez was arrested Monday and booked into the Santa Clara County jail, police previously said in a tweet. He will be arraigned Monday following an initial court appearance Wednesday, according to the DA’s office.

CNN has reached out to an attorney for Velasquez to comment on his behalf. Attempts to reach Velasquez and his manager for comment earlier this week were unsuccessful.

Velasquez’s intended victim, Harry Goularte, 43, is facing felony charges over allegations that he molested a child, the DA’s office said in its statement. Velasquez’s criminal complaint describes Goularte’s alleged victim as a “close relative” of Velasquez.

Goularte was released from custody by a Santa Clara County judge “over the District Attorney’s objections,” the office’s statement said. The conditions of his release required he stay in home detention, wear an electronic monitoring bracelet and stay 100 yards away from any child under 14. At the time of the shooting, Goularte was on his way to get the monitoring device, the DA’s statement said.

CNN has reached out to an attorney for Goularte for comment.

According to the state and the criminal complaint, Velasquez followed a Chevy Silverado truck carrying Goularte and two older relatives from their home in San Martin to Morgan Hill before arriving in San Jose Monday afternoon.

Velasquez pointed a gun at Goularte and opened fire as the vehicles neared Cochran Road and Butterfield Boulevard in Morgan Hill, just south of San Jose, the complaint says. The pursuit continued before Velasquez rammed the victims’ Silverado with his truck near an intersection on Bailey Avenue, it says, citing in part two witnesses.

Velasquez then fired two shots near Monterey Road and Bailey Avenue, striking a 63-year-old male relative of Goularte in the arm and his side, according to details contained in the statement and the complaint. Police later recovered four shell casings near that intersection, and another was lodged in the rear passenger door of the victims’ vehicle, the complaint said.

Morgan Hill police soon found Velasquez, who pulled over and was arrested without incident, the complaint says. Inside the vehicle, authorities found a 40-caliber semi-automatic handgun loaded with nine bullets inside a 10-round magazine. Another 10-round magazine in the Ford’s console had three bullets, the complaint says, and two spent casings were on the front passenger seat.

Velasquez competed in the UFC heavyweight division and is a two-time champion. The mixed martial arts professional had 12 wins by knockout, two by decision and two title defenses, according to his UFC profile. Velasquez had three losses. His last fight was in 2019, after which he turned to professional wrestling.