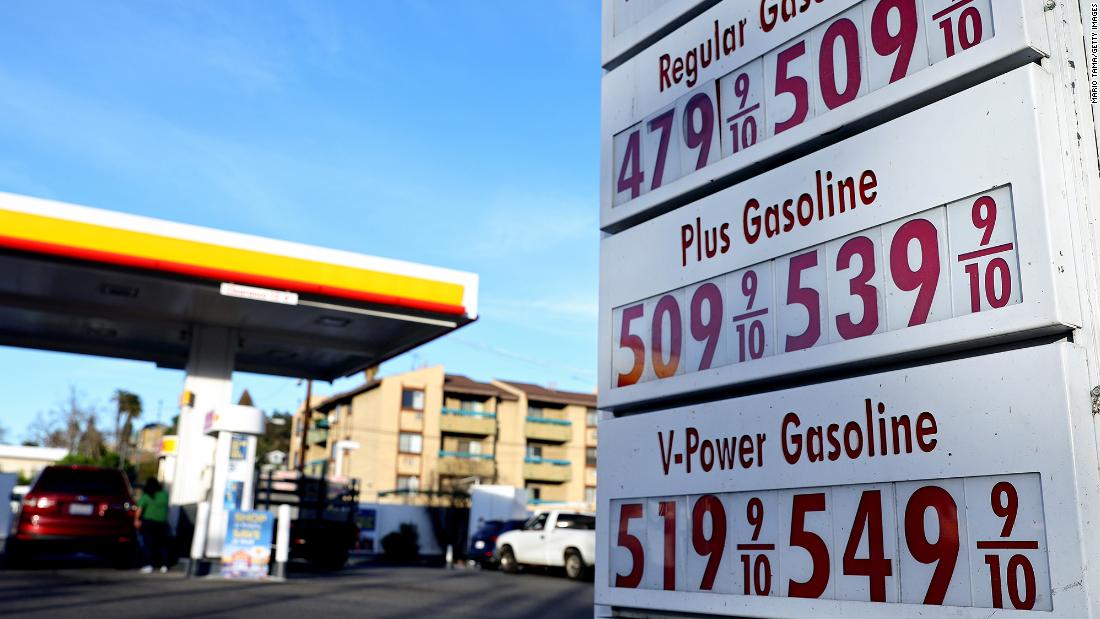 This isn’t just an issue for West Coasters: Some of the factors behind the record prices, particularly those related to the switch to renewable fuels, could affect US gas costs nationally in the next few years.

The US national average is currently $3.51 a gallon. Prices in California have long been among the highest, but they’ve soared in recent years in part because of changes at some West Coast refineries. Facilities have closed in some cases, while others are being modified to refine renewable fuels like diesel made from vegetable oil.

“California is the proxy for what will happen with the energy transition,” said Tom Kloza, global head of energy analysis for the Oil Price Information Service, the firm that tracks gas data for AAA. “A number of refineries have closed permanently….Getting people away from fossil fuels might be the right thing to do, but it is not without pain.”

So that’s one factor: With less refining capacity, the West Coast’s previous 2.5 million barrels of daily production heading into the pandemic has plummeted by nearly a quarter.

Kloza thinks $5 a gallon could come to California some point in the second quarter, and perhaps sooner if the invasion of Ukraine by Russia, a major oil producer, comes to pass. Other western states are also feeling the pain, like Hawaii — the only state with an average over $4, at $4.49 a gallon — as well as Washington, Oregon and Nevada, where prices are in the $3.90s.

The switch to renewables affects prices in another way: higher taxes.

California state gas taxes and fees are about 68 cents a gallon, compared to a national average of 39 cents, according to the American Petroleum Institute. California also levies taxes and carbon fees of roughly $1.35 a gallon on wholesale gasoline, a cost that gets passed on to consumers, Kloza said.

“Most states don’t have those [wholesale] fees. But it is a coming attraction to a number of blue states,” Kloza said. “If you want to move people away from fossil fuels, you have to start charging for carbon.”

Meanwhile, California’s new record is not only the highest price ever for that state — it’s the highest for any state. The next highest record price was $4.70 a gallon in Alaska, but that was set in July 2008, when a spike in oil prices resulted in the record-high national average of $4.11 a gallon.

Though the national US average of $3.51 a gallon is far lower than California’s $4.72, the national price is actually rising faster on a percentage basis. Gas prices were up 6% nationwide in just the last month and have climbed 40% over the last year, while By comparison California’s is up only 2% for the month and 35% for the year.