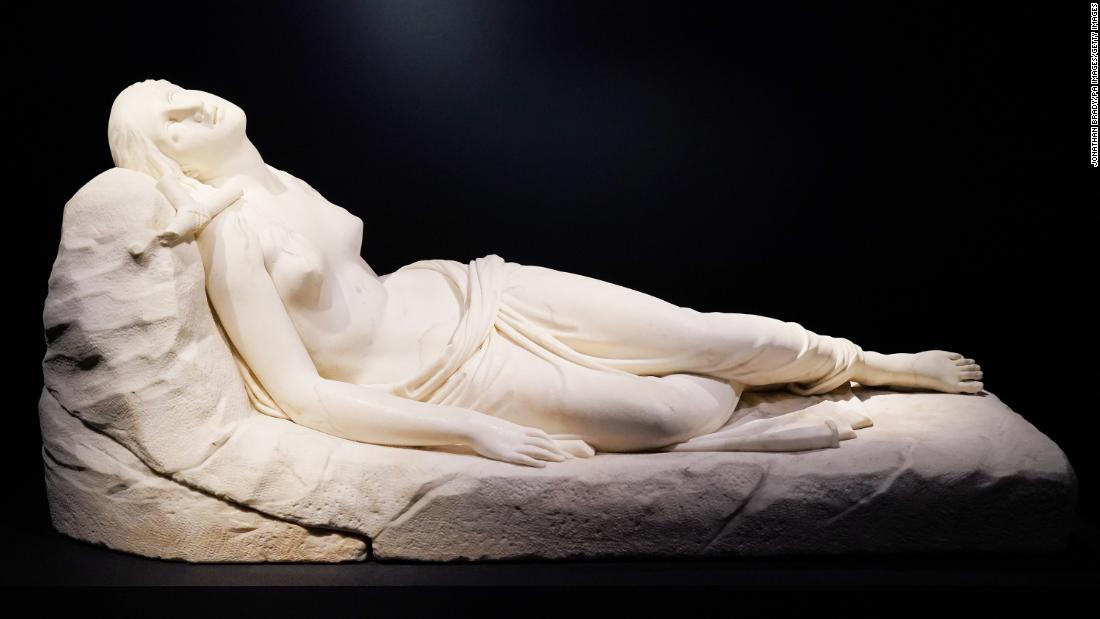 A rediscovered Antonio Canova marble sculpture of Mary Magdalene is seen fetching up to $10 million when it heads to auction in July.

Described by auction house Christie’s as the Italian neoclassical sculptor’s “lost masterpiece,” “Maddalena Giacente” (Recumbent Magdalene) was commissioned by the Earl of Liverpool, then British prime minister, and took three years to carve.

Depicting Mary Magdalene in a state of religious ecstasy, the sculpture was completed just before Canova’s death in 1822.

“This is one of the last works that Canova actually executed…it’s just recently come to light after having been in collections in the 20th century, unrecognized as a significant marble by Canova,” Donald Johnston, Christie’s International Head of Sculpture, told Reuters at a media preview on Thursday.

“It was one of the highlights of the Art Treasures exhibition in Manchester in 1857…it was sold with the contents of a house to a gentleman…there was a fire at the house. He had an auction of the contents, and by the time that auction happened in 1938, the identity was lost and she was just referred to as a classical figure.”

The sculpture, on show at Christie’s London this weekend, will go on tour to New York and Hong Kong. It will be offered for sale at a July 7 auction, with a price estimate of £5 million to £8 million ($6.6 million to $10.6 million).

“For me facially, it’s absolutely typical of Canova but there are other signs as well,” Johnston said.