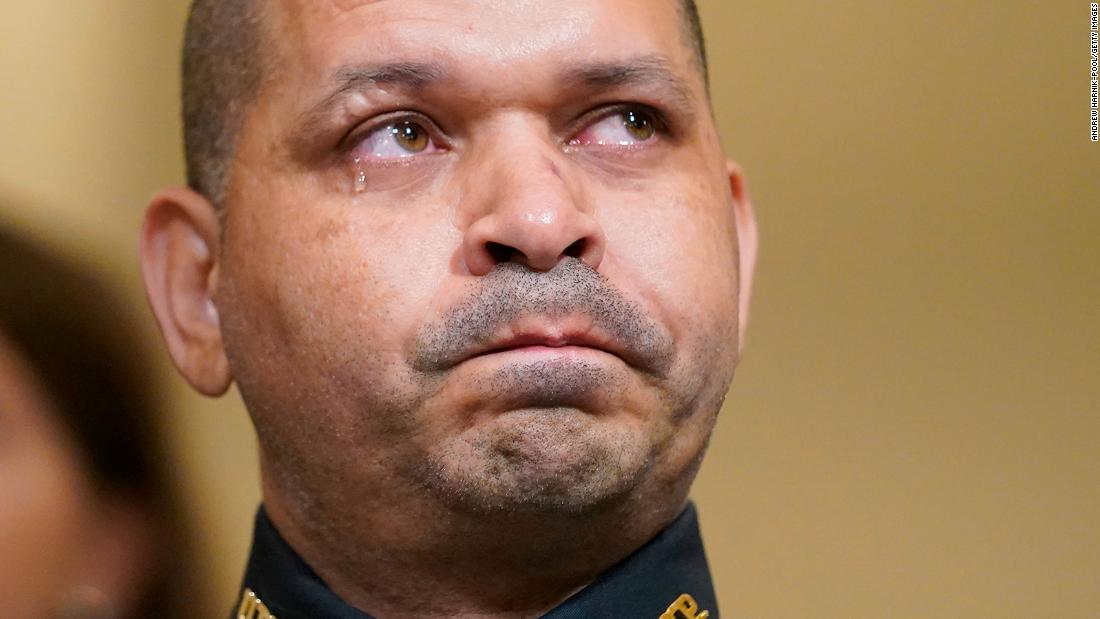 US District Judge Royce Lamberth sentenced Wilson, 68, to 51 months behind bars for assaulting police officers during one of the most violent battles between rioters and police officers that day.

During the attack, Wilson made his way to the West Terrace tunnel, where an hours-long battle between police and rioters took place. In the tunnel, he used what prosecutors believe was a PVC pipe to jab at police.

“Both my hands were bleeding by that time from blocking his blows,” Gonell told the court.

“He used his fists, and viciously threw several punches and used his body to push through the police line as well,” Gonell said, adding that he felt Wilson would do the same thing again if given the chance.

“He will not hesitate. He will assault me and my fellow officers again and again. Just like he did on that day,” Gonell — who says he is still recovering from injuries and subsequent surgeries from that day — told the court.

Before handing down the sentence, Lamberth told Wilson he “made a terrible mistake,” adding “that was a horrible day for our country.”

During the attack, Wilson also attempted to take a riot shield away from police and pushed an officer to the ground.

“I made a very bad decision going into that place that day,” Wilson told the court, adding that he did not remember attacking the officers and that he had been hit in the tunnel.

“Some of the videos they showed me, I just can’t believe I was doing that,” he said. “I don’t even remember walking into the tunnel.”

Wilson, who wore a hat with the words “CNN Fake News” during the riot, pleaded guilty to assaulting police and obstructing an official proceeding in September.

Wilson is one of six Capitol rioters convicted of assaulting a police officer thus far. According to the Justice Department, more than 230 people have been charged with assaulting or impeding law enforcement.