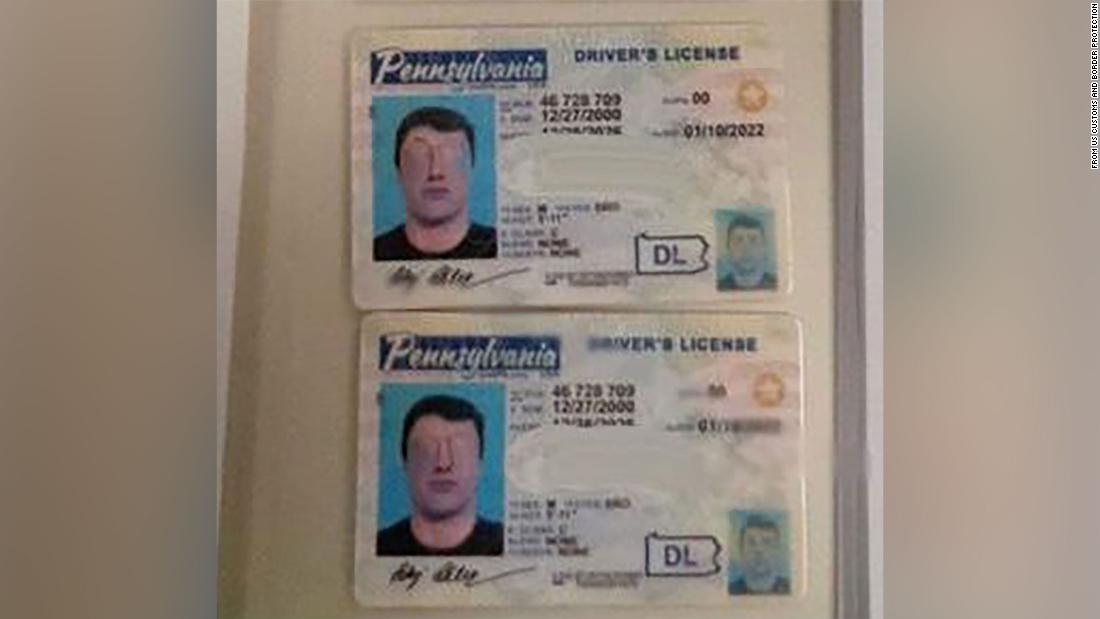 US Customs and Border Protection (CBP) intercepted a shipment of counterfeit driver’s licenses coming through the Cincinnati Port of Entry, the agency said in a statement on Tuesday.

“Counterfeit driver’s licenses are used by young adults who have not yet reached the legal drinking age,” Cincinnati Port Director Richard Gillespie said in the statement.

“We want these college-age students to realize that they are enabling criminal enterprises,” Gillespie continued. “Our officers here in Cincinnati are committed to safeguarding the American public, and that includes stopping fraudulent documents such as these counterfeit driver’s licenses from entering the US.”

CBP officers have seized 47 shipments containing a total of 119 counterfeit US driver’s licenses from all over the country since the start of February, the agency said. They all originated from Hong Kong and were headed to homes throughout the country. The licenses were all concealed within books and documents.

The CBP says counterfeit licenses can be used to facilitate other crimes.

“Some of the major concerns as they relate to fraudulent identity documents include identity theft, worksite enforcement, critical infrastructure protection, fraud linked to immigration-related crimes such as human smuggling and human trafficking,” said LaFonda D. Sutton-Burke, director of field operations at the CBP’s Chicago field office.