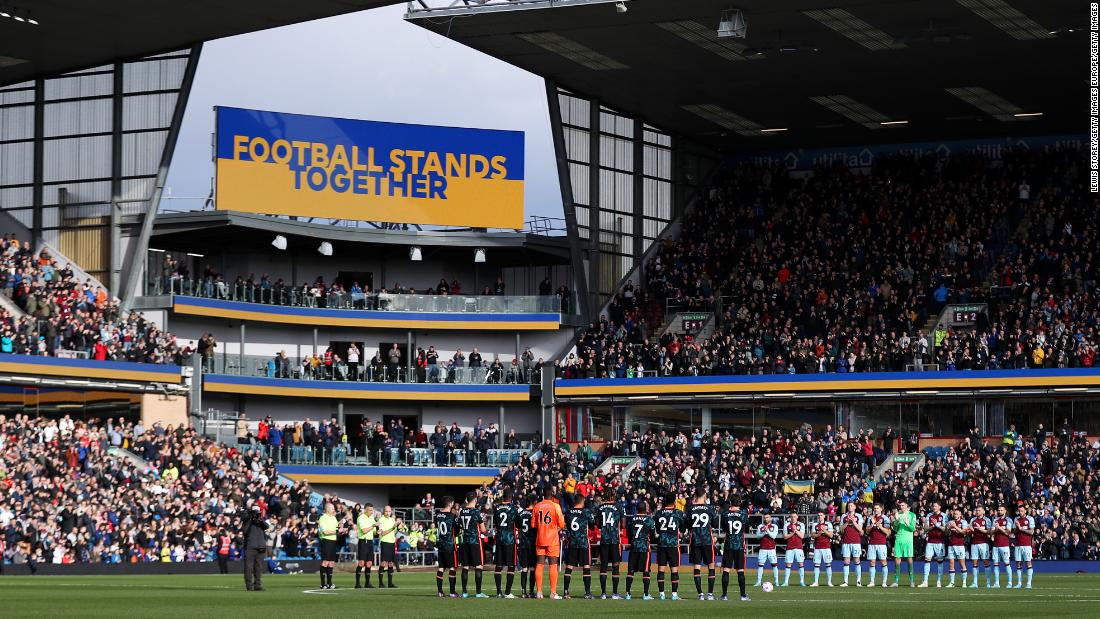 A minute of applause was held at Turf Moor ahead of Chelsea’s Premier League game against Burnley Saturday, during which chants of Abramovich’s name could be heard on a Sky Sports broadcast.

The chants were soon drowned out by boos from the stands.

“If we show solidarity, we show solidarity and we should do it together. We take the knee together, if an important person from other clubs or from our club unfortunately dies, we show a minute of respect,” Tuchel told reporters after the game, which Chelsea won 4-0.

“It’s not the moment to give other messages, it’s a moment to show respect. We do this because this is what we are also as a club, we show respect as a club. We need our fans to commit to this minute of applause in the moment.

“We do it for Ukraine, there is no second opinion about the situation there. They have our thoughts and our support, and we should stand together as a club.”

CNN has contacted Chelsea regarding the chants but did not immediately receive a response.

Chelsea’s billionaire owner Abramovich announced earlier this week that he planned to sell the club after nearly 20 years at the helm. In that time, Chelsea has won two Champions League and five Premier League titles.

British Member of Parliament Chris Bryant previously called for Abramovich to lose ownership of the Premier League club after seeing a leaked 2019 UK government document that said Abramovich was of interest due to his “links to the Russian state and his public association with corrupt activity and practices,” the MP said in a Twitter post.

Abramovich, who maintains he is not an official political figure for Russia, has not been sanctioned by the UK, according to the sanctions list website.

Across the Premier League, teams showed support for Ukraine in the wake of Russia’s invasion.

As well as holding rounds of applause before kick-off, stadium screens displayed the message “Football Stands Together” in the colors of the Ukrainian flag and captains wore blue and yellow armbands.

In Saturday’s game, Chelsea wrapped up the victory thanks to second-half goals from Reece James, Christian Pulisic and two from Kai Havertz.