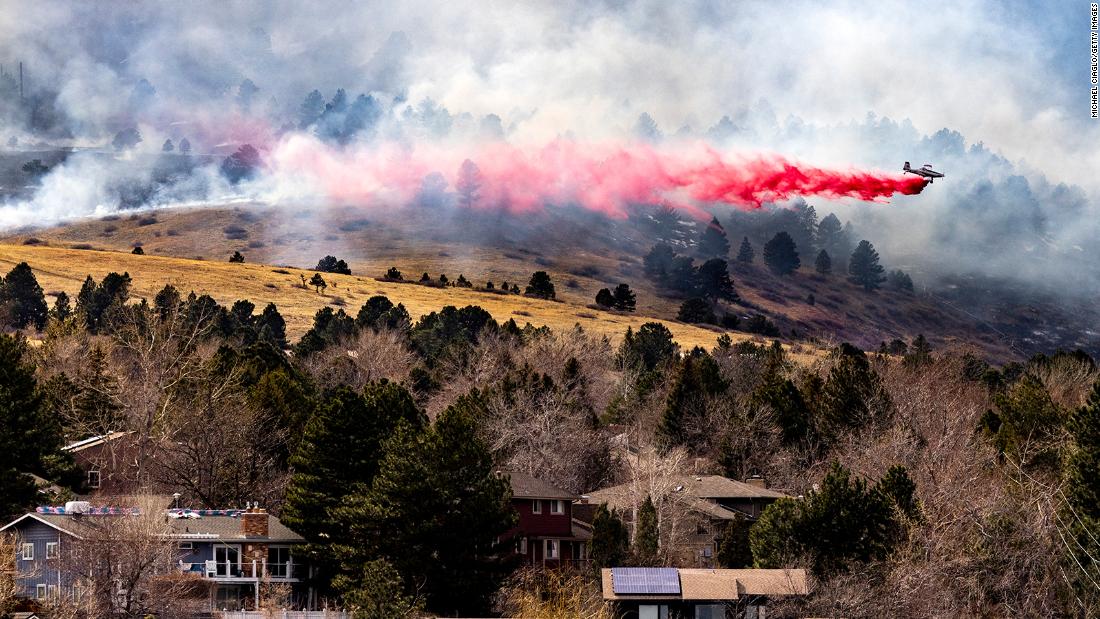 Mike Smith of the Boulder Incident Management Team said he was “very happy” with the firefighting efforts against the NCAR fire, which started Saturday afternoon.

“We had over 200 firefighters from over 30 agencies. That, combined with all of the fuel mitigation treatments that we’ve done in this area, is one of the reasons that we had such great success.”

One day earlier, the NCAR fire wasn’t contained at all. Officials ordered the evacuation of thousands of Boulder-area residents.
“Evacuation areas include 19,000 people and 8,000 homes,” the Boulder Office of Emergency Management tweeted Saturday evening.
The Boulder Incident Management Team has been updating a map of the areas under evacuation orders and which areas are now “all clear.”

Smith said officials will keep monitoring evacuation zones and expand them if necessary.

The cause of the wildfire remains unclear.