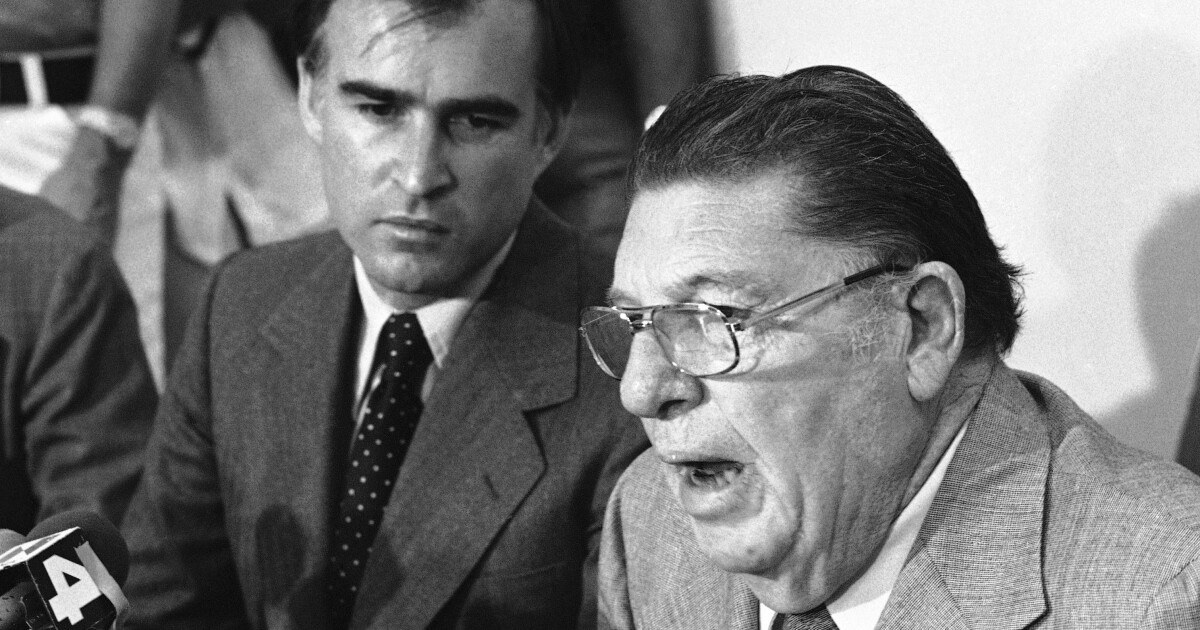 One can’t really blame big business for launching yet another anti-tax campaign.

After all, it’s what they do: Complain incessantly about the poor level of public services, while taking steps to make them even poorer.

One can blame them, however, for taking these steps deceitfully.

It would undermine voters’ rights and create major loopholes for corporations to avoid paying their fair share.

That brings us to the “Taxpayer Protection and Government Accountability Act,” a proposed initiative co-sponsored by the California Business Roundtable. The Roundtable is collecting signatures as we write to place the measure on November’s ballot.

You might not be surprised to learn that the initiative wouldn’t do anything like what its title suggests. It wouldn’t protect taxpayers, except the big businesses lurking behind it — particularly big real estate developers. It wouldn’t make government more “accountable,” but less so.

The initiative’s general goal is to make it harder for local governments to impose or raise taxes and fees.

It would prohibit advisory votes on the spending of local taxes appearing on the same ballot as the tax measure. That’s an underhanded way of discouraging the passage of increases in sales and use taxes: Many municipalities provide for such nonbinding measures so voters can get a say on how they want their money used.

City officials say that depriving voters of that voice makes them more likely to vote against the taxes. Of course, this provision is the antithesis of the transparency that the Roundtable says it values so highly.

Every tax would require a sunset date, meaning more votes, more administrative burden, more expense. Local taxes that under current law can be passed by a majority would require a two-thirds vote.

“This is very, very simple and very straightforward,” says Robert C. Lapsley, the president of the Roundtable.

He’s blowing smoke. The truth is that it’s hopelessly complex and so vague in many of its provisions that it’s bound to foment legal challenges that will land municipalities in court, at the expense of the taxpayers the measure purports to protect.

“Our concern is with the ambiguity in the measure,” says John Gillison, the city manager of Rancho Cucamonga. “A lot of things are just not clear, which creates a pathway to more legal challenges.”

Even penalties for wrongdoers — violators of housing codes and nuisance abatement orders, for example — could be subject to limitation and legal challenge.

Lapsley also assured me that the initiative would apply only to “future taxes” — presumably those collected after election day, Nov. 8. Except that it includes a retroactivity provision that would apply to any taxes enacted starting this past Jan. 1 —that is, existing taxes.

A fiscal analysis done for the League of California Cities estimated that hundreds of millions of dollars in tax and bond measures previously enacted by local voters might fall under the provision.

The League is clear-eyed about the purpose of the initiative. “It would undermine voters’ rights and create major loopholes for corporations to avoid paying their fair share,” Nicolas Romo, a revenue and taxation expert at the League, told me.

That’s because the measure goes beyond what people normally think of as “taxes,” and would apply to fees and charges imposed by local governments for the use of municipal property or for contract services by businesses such as waste haulers, cable companies and utilities.

The measure would require that those charges, which are customarily set at market rates, be “reasonable.” That standard is undefined by the text, which obviously makes it subject to legal attack; in practice, it will mean “minimal” — effectively a cut in business fees.

Before delving deeper into the text, let’s take a look at who is bankrolling this campaign. Superficially, it’s the Business Roundtable and the anti-tax Howard Jarvis Taxpayers Assn. They’re the major sponsors listed by Californians for Taxpayer Protection and Government Accountability, the campaign committee, according to public filings.

They’re also the only contributors thus far to the campaign, which is running chiefly on $1.6 million from the Roundtable’s Issues Political Action Committee, or PAC.

Where did the Roundtable get the money for its contribution? That’s where the story gets interesting.

None of the firms responded to my requests for comment. But their funds constituted about 91% of the $1.76 million in contributions the Issues PAC received from July 1, 2021, through Feb. 3. On that date, the PAC contributed $1.6 million to the tax proposition campaign committee.

If you’re adhering to the old investigator’s precept to “follow the money,” it certainly looks as if the money has flown from three big real estate developers to the initiative campaign, with a brief layover at the Business Roundtable PAC.

A coalition of public employee unions alleges that this is a subterfuge designed to conceal who is really funding the initiative. In a complaint filed last month with the state’s Fair Political Practices Commission, they call it “campaign money laundering plain and simple.”

State law requires the donors to an initiative campaign be fully disclosed, a goal plainly confounded if campaign donors can take refuge behind another group.

This isn’t the first time that the Business Roundtable has been accused of helping to conceal the big money behind an initiative campaign.

The backers of Proposition 21, a 2020 rent control measure that was defeated after facing well-financed opposition by the Roundtable and other business interests, alleged that the Roundtable’s Issues PAC masqueraded as a “general purpose” political action committee while actually raising millions to defeat specific ballot initiatives.

That constituted “a prima facie case of undisclosed earmarking,” according to the plaintiffs. In a tentative ruling issued Feb. 24, however, a Sacramento judge rejected that claim.

One might ask why real estate developers in particular have been so eager to contribute to the Roundtable’s PAC in recent months. Lapsley intimated that the real estate firms just happen to be showing their public spirit earlier than other contributors.

“It’s a long campaign ahead,” he told me. “You’ll see lots of contributors to the campaign — we’re just getting started.” He added, “We utilize our issue PACs appropriately.”

Yet a close look at the initiative may offer a clue why it might be a priority for the real estate industry.

Amid all the ambiguities the measure would inject into the revenue-raising process for local governments, one specific prohibition stands out: “No levy, charge, or exaction regulating or related to vehicle miles traveled may be imposed as a condition of property development or occupancy.”

Vehicle miles traveled, or VMT for short, is a way of calculating the environmental impact of new developments that’s gaining new attention from municipal planners.

The idea is to calculate the distance of a new residential development from urban centers or transit lines and impose a fee to encourage more construction in already densely populated areas and less in the exurbs. Real estate firms detest VMT because it raises the cost of building new developments out on the horizon.

The VMT provision is so specific, in fact, that it makes the proposed initiative look chiefly like a device to outlaw VMT, with a lot of other anti-tax provisions tossed in for good measure.

The requirement of repeated voting on revenue-raising measures would make it far more difficult, perhaps even impossible, to sell municipal bonds for infrastructure-building and improvement, the buyers of which expect to be assured of a steady stream of revenue to pay principal and interest.

Rancho Cucamonga, for example, has started making plans for its role as the Southern California terminus of a high-speed rail line to Las Vegas, scheduled to launch construction next year.

New parking structures, possible road widenings and other projects will be necessary, which the city hoped to finance through new assessments on property near the site.

“This measure calls all that into question now,” Gillison says. “We’re not sure whether that’s going to be subject to challenge now.”

Some communities could take a major hit. Azusa officials calculate that the city could lose $15.8 million a year due to the initiative. “That’s 30% of our budget,” says City Manager Sergio Gonzalez. “That would mean cuts to programs across the board—no department would be immune.” That means impacts on local roads, police, fire and emergency services, and more.

The promoters of this initiative assert that they’re just trying to close loopholes opened in Proposition 13 by judges and politicians. Their pitch is based on the persistent claim that voters don’t have a say in how they’re taxed, that somehow these levies are concocted by shadowy unelected bureaucrats.

This is and has always been a lie. Taxes and fees are imposed by voters, either directly at the ballot box or through the election of community leaders who can be voted out of office.

It’s the promoters of the new initiative who are operating in the shadows. They’re not telling you who their moneybags are. They’re certainly not explaining how the measure will benefit their big donors at the expense of residents, who expect decent local services and are vulnerable to the siren song that they can get all the services they wish without paying for them.

The so-called Taxpayer Protection and Government Accountability Act is just one more example of how special interests love to claim that they’re getting government off the backs of the people, when their real goal is to saddle up themselves.