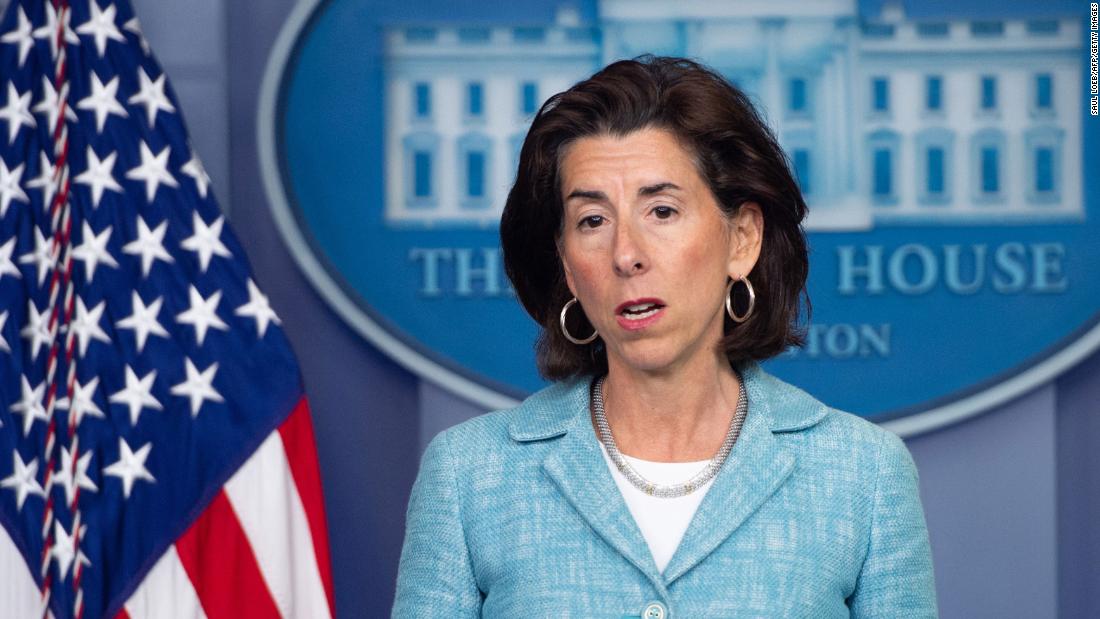 Every year the administration appoints one member of the Cabinet to remain outside the House chamber during the State of the Union in case disaster strikes.
Last year, when Biden gave an address to a joint session of Congress, there was no designated survivor, with Cabinet members viewing the address from afar due to Covid-19 restrictions.

Raimondo, the former governor of Rhode Island, became the secretary of Commerce in March 2021.

A member of the President’s “Jobs Cabinet,” she has been an active surrogate for the administration on topics including a bipartisan push to expand economic competition with China and address global semiconductor shortages and the bipartisan infrastructure bill passed last November, as well as Biden’s stalled Build Back Better agenda.

Raimondo is tenth in the presidential line of succession.

The current line of succession is:

Secretary of Homeland Security Alejandro Mayorkas was born in Cuba and Energy Secretary Jennifer Granholm was born in Canada. Both were naturalized as US citizens, but they are ineligible to serve as President and therefore cannot be the designated survivor.