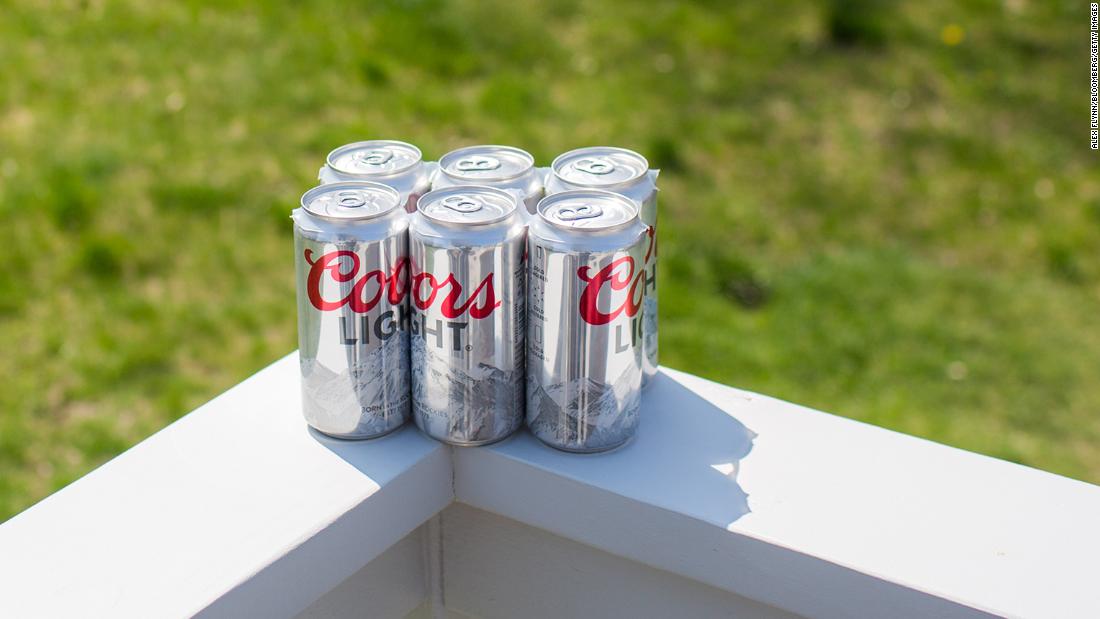 Beginning later this year, Coors Light will instead be packaged in cardboard wrap carriers that are recyclable and sustainably sourced.

Molson Coors (TAP) announced the change Tuesday, saying Coors Light is the largest beer brand in North America to make the switch. By 2025, all of the company’s roughly 30 brands it distributes in North America — which include Blue Moon and Miller Lite — will use the cardboard packaging.

Such sobering statistics have fueled growing calls to eliminate single-use plastics across the business world, including from consumers. Molson Coors CEO Gavin Hattersley told CNN Business the change is “pretty important” to its customers, which have increasingly been seeking out more sustainable products.

“Our consumers like the thought of products they consume being environmentally friendly,” Hattersley said. “The amount of plastic recycled is very, very low.”

Molson Coors says the switch to cardboard wrap carriers will eliminate 1.7 million pounds of plastic annually, Hattersley noted, adding that “that’s a significant amount of plastic that will be out of the system forever.”

The trends Coors is seeing in its customers are backed up by wider statistics: A recent survey from GlobalData found 57% of US consumers say that plastic-free packaging is very important in their purchasing decisions. The research firm said that plastic rings used in beer packaging have received “heavy backlash following viral images of ocean wildlife getting caught up in them.”

Molson is beginning the plastic-ring phase-out with Coors Light because it’s the largest brand in its portfolio. The company is investing $85 million in new machinery at its factories to make the switch.

Cardboard packaging is already in use for Molson Coors beer brands distributed in the United Kingdom, and Hattersley said the company has made “significant progress” in the changeover in Canada.

So far, the product has received “very positive” feedback in countries where cardboard is currently in use, he added.

Molson joins other brands making changes in the US and worldwide. other Guinness, owned by Diageo (DEO), announced in 2019 it would switch to cardboard packaging. A year later, Budweiser Brewing Group in the United Kingdom announced similar changes, but still uses plastic rings for its US products. In Europe, Carlsberg went a different route and created a “Snap Pack” that bonds cans together with glue.