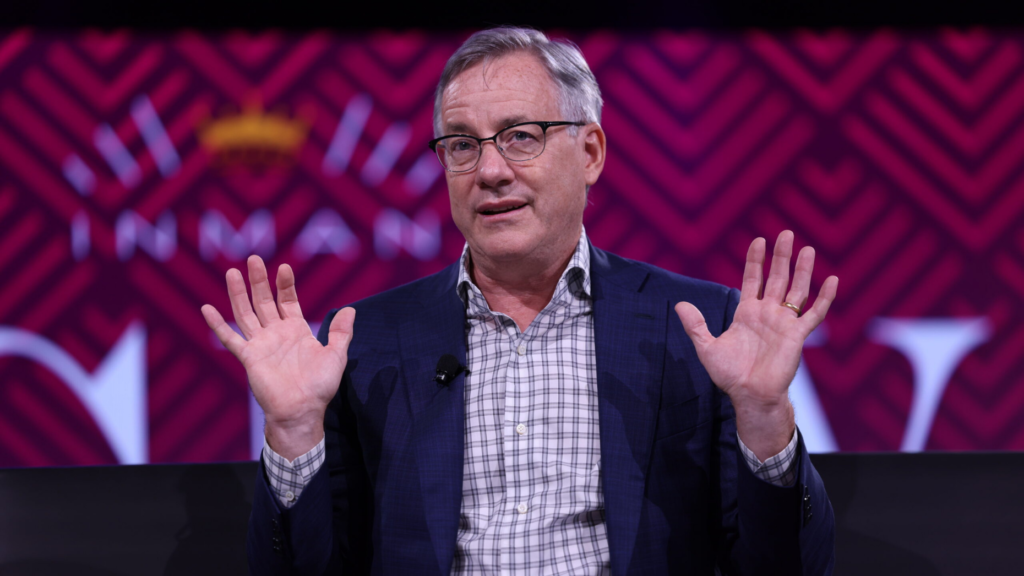 Dozens of current and former CoStar employees who spoke with the business publication Insider said their hyper-competitive CEO Andy Florance has been quick to ridicule employees and even fire them for minor infractions.

In public, Florance hasn’t shied away from calling out his rivals. At the Inman Connect Las Vegas conference in October, the executive accused a rival listing portal — which sounded conspicuously like Zillow — of “hijacking” listings, likening some of their agent fee practices to mob extortion.

In private, the same competitive mindset that sources who spoke to Insider say helped fuel the company’s growth has also, at times, left current and former employees fearful for their jobs — or without them altogether.

For its report last week, the publication spoke with more than two dozen current and former employees who say they witnessed heavy-handed management tactics from the executive, including a repeated tendency to bring the hammer down on workers for even minor incidents.

In a statement to Inman, a CoStar spokesperson described the story as a distraction the company would move beyond.

“CoStar Group was built on the very belief that an entire industry can do better, and one online tabloid will not distract us as we look to the future with our steadfast commitment to growth, teamwork, and success,” CoStar Group said in a statement to Inman.

“If I sound frustrated, I’m hoping there’s a small number of you smart enough to learn from this,” Florance explained to the team at the time, someone on the call told Insider.

CoStar told Insider that these playbacks to large audiences were used “infrequently,” and were employed for training and quality-assurance purposes.

A former CoStar communications director, speaking anonymously to Insider, recalled Florance once pointing a semiautomatic pistol toward his screen while on a video call in March 2020. Florance put the gun down and explained he had recently seen bears wandering near his rural Virginia property.

The incident came across as unprofessional, the former employee told the publication. It could have also been psychologically harmful if anyone on the call had been a victim of violence, he added.

CoStar denies this incident occurred. Florance is “a well-trained and licensed shooter who is passionate about firearm safety,” the company told Insider. But the former employee shared the details of the incident at the time in a text exchange with two former colleagues. Both told Insider they received the texts describing the claims.

That communications director left the company late last year. Shortly before Christmas, he said, he received an unsolicited text message from Florance: an image of a shooting target full of bullets.

CoStar Group spokesperson Matt Blocher reiterated to Inman that the alleged gun-brandishing incident did not occur. He added that the employee’s story, taken at face value, would not have amounted to a reason to be afraid, since the alleged events would have taken place during a video meeting and not in person.

“At best, according to this former employee, he was looking at a screen a hundred miles away from a person he claims had a gun,” Blocher said.

Another employee said she was fired minutes after pushing back when Florance commented on her appearance during a break in their video sales training. Dozens of employees were on the call when Florance, apparently unaware his mic was on, said Morgan looked tired.

“That Liz Morgan, she looks like she’s sleeping,” Florance said during a bathroom break, as Morgan recalled to Insider.

Morgan said she felt like the comment was an attack on her integrity. She had been paying close attention to the training session, and was taking notes, she said.

“He was just slamming me, and I said, ‘Hello, that is very unprofessional. I can hear you,’” she recalled to Insider. On the call, she added that she was willing to take a quiz to prove she had been paying attention.

Minutes later, Morgan was on a call with her manager and HR, who informed her that she had been fired.

Another fired employee, Nate Peterson, said he received a call from the Richmond Police Department asking why he was operating a CoStar parody account on Instagram, @costar_memes. The police sergeant pointed out there was a state law that prohibits “harassment by computer.”

The exchange left Peterson feeling threatened, he told the publication. He suspected that CoStar had tipped off the police in an effort to shut down his account.

CoStar denied Peterson’s claim to Insider, saying it had not reached out to police to investigate a criminal charge against Peterson.

The police department told Insider that the call was part of its ongoing investigation into a suspected Feb. 23 arson attempt at the company’s Richmond headquarters. An 18-year-old Richmond man with no known ties to the company was arrested in connection with that case, as well as another suspected Richmond arson event that occurred earlier that same day.

The report paints a picture of Florance as a CEO whose toughness and determination alienates some and inspires loyalty in others.

When Jason Butler, the company’s chief information officer, was diagnosed with cancer in 2016, Florance visited him in his office and offered his support, Butler recounted in an email to Insider.

In that meeting, Florance told Butler he was “family,” Butler recalled. Butler told the publication that Florance’s efforts to reach out meant a great deal to him. He has since recovered after having surgery to remove the tumor.

A current CoStar employee revealed to Insider that the company lost 1,546 of its 4,200 U.S. employees to resignation or firing last year, a mark that Insider said exceeded the industry average of 32.8 percent.

In a statement to Inman, Blocher said the publication’s comparison of quit rates did not accurately reflect CoStar’s place in the industry.

“CoStar Group is a professional services company that supports the real estate industry,” CoStar said in the statement. “The professional and business services industry quit rate in 2021 was 64%, significantly higher than the purported CoStar Group quit rate.”

One investment analyst interviewed by Insider said culture issues can begin to seed doubt in the minds of investors.

CoStar’s stock price reached a high of more than $100 per share in late October, but has been in decline since then. It was trading just under $68 per share early Monday afternoon.

Analysts told Insider that CoStar’s falling stock prices are largely tied to concerns over how its multi-million dollar investment in residential data may cut into profits.

“As an analyst, you have to consider if there’s something awry from a cultural standpoint at a company,” John Campbell, managing director at Stephens, told the publication. “It is a warning sign. Cultural issues can be a scary thing because you don’t see it in a company’s numbers immediately. It festers.”

Editor’s note: This article has been updated to include additional comments from CoStar Group.