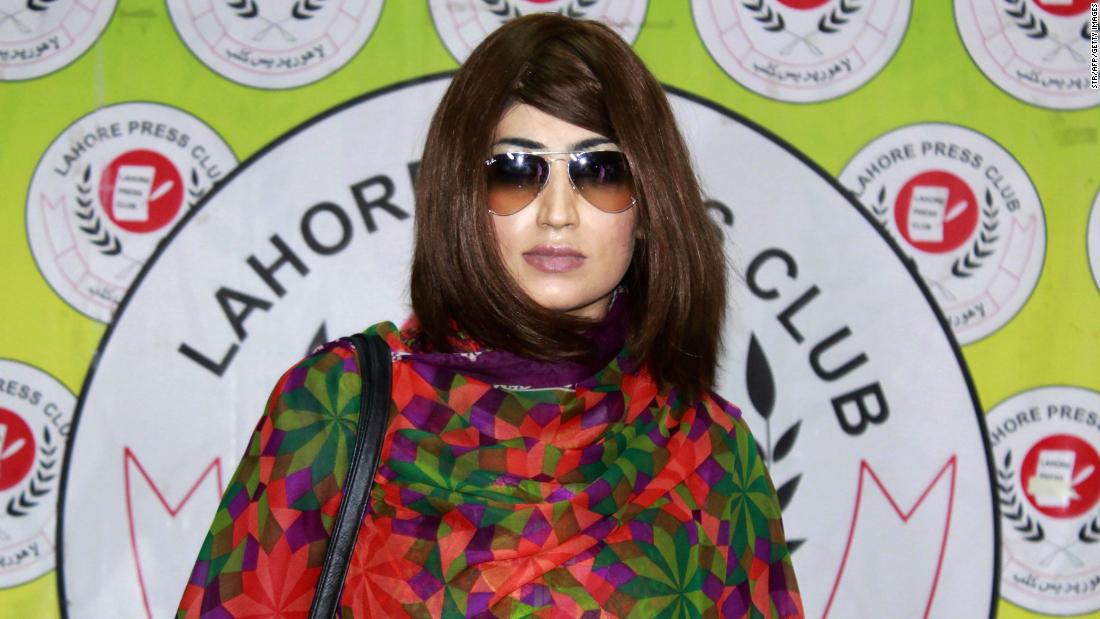 Baloch’s murder in 2016 sparked a national outcry and promoted changes in the country’s so-called ‘honor killing’ laws.
Waseem Baloch’s lawyer, Sardar Mehmood, confirmed the acquittal with CNN Tuesday but did not provide further details. A court order has not yet been made public.

Waseem Baloch was arrested within days of the murder and confessed on video to killing his 25-year-old sister at her family home in the city of Multan in Pakistan’s Punjab province. Despite his admission, he pleaded not guilty in court and in 2019 was sentenced to life imprisonment.

Pakistan’s so-called ‘honor killings’ typically involve the murder of a woman by a relative who believes she has brought shame upon the family. At the time of Qandeel Baloch’s murder, Pakistan law allowed a murder victim’s family to pardon a convicted killer.

Rights activists feared this law would be used to spare Waseem Baloch.

Three months after Qandeel Baloch’s death, Pakistan lawmakers responded to the public outcry and passed legislation against the controversial practice — a landmark ruling welcomed by rights activists and lawyers.

“This man who confessed of killing Qandeel, his own sister, is a free man today in the same country where Qandeel couldn’t live her life freely,” wrote lawyer and activist Nighat Dad on Twitter Monday.

“This is the sorry state of not so sorry State…we are sorry Qandeel. Shocked and speechless,” she said.

Sanam Maher, the author of “A Woman Like Her: The Short Life of Qandeel Baloch,” also expressed her anger on Instagram.

“In a society that takes great pleasure in the punishment of women who break the rules, it should come as no surprise that each suspect in this case has been acquitted,” Maher said.

“After today’s verdict, we may ask, who killed her? Nobody, it seems. In accepting that answer, we are all complicit in the crime of failing to protect women.”

Qandeel Baloch gained both fame and notoriety in inherently conservative and patriarchal Pakistan for her bold, sassy and increasingly political social media posts.

In posts not dissimilar to the millions of posts and videos shared by 20-something social media celebrities across the Internet, she pouted into the camera, discussed hairstyles and shared cooing confessions about her celebrity crushes.

Qandeel referred to herself as a “modern day feminist” and had nearly 750,000 followers on Facebook.

But in Pakistan, her antics pushed the boundaries of what is considered acceptable.

In a confession video, Waseem Baloch said he was “proud” of killing his sister, adding that having his friends share her pictures and video clips was “too much” for him.

“I drugged her first, then I killed her,” he said. “Girls are born to stay home and follow traditions. My sister never did that.”