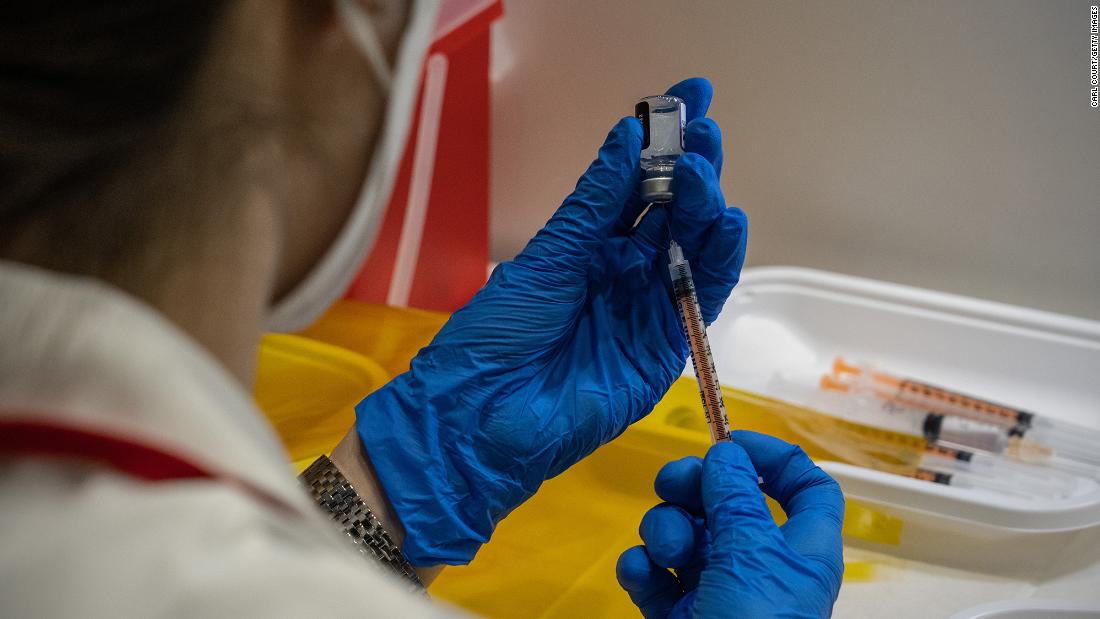 Evidence of waning protection “reinforces the importance of further consideration of additional doses to sustain or improve protection” against Covid-19-linked hospitalizatoions and emergency department visits,” the study says.

One of the studies, published in the CDC’s Morbidity and Mortality Weekly Report, examined vaccine effectiveness against Covid-19 hospitalizations and emergency department and urgent care visits among adults in the United States who were either fully vaccinated with two doses or received a third dose of vaccine as a booster. The data included 241,204 emergency department or urgent care visits and 93,408 hospitalizations across 10 states between August 26 and January 22.

The data showed that vaccine effectiveness against emergency department visits and hospitalizations was higher after the third dose than after the second dose but waned over time.

With the Omicron variant dominant in the United States, vaccine effectiveness was 87% against Covid-19 emergency department or urgent care visits and 91% against hospitalizations in the two months after a third dose. It fell to 66% and 78%, respectively, by the fourth month, the data showed.

After just two doses of vaccine, when the Omicron variant was predominant, vaccine effectiveness against hospitalizations declined from 71% in the two months after vaccination to 54% by at least five months, the study found.

The data also showed vaccine effectiveness dropping while the Delta variant was dominant.

Among recipients of three doses during the time Delta was dominant, vaccine effectiveness against Covid-19-associated hospitalizations declined from 96% within two months of vaccination to 76% at least months later. However, the researchers noted that the latter estimate could be imprecise because few data were available on people vaccinated for at least four months after a third dose during the time Delta was predominant.

Overall, “these findings underscore the importance of receiving a third dose of mRNA COVID-19 vaccine to prevent both COVID-19-associated ED/UC encounters and COVID-19 hospitalizations among adults,” researchers at the CDC and other institutions across the United States wrote in the new study.

The other CDC study analyzed safety data on Covid-19 booster shots that was reported to the federal government’s Vaccine Adverse Event Reporting System between September and February among 721,562 adults who received booster shots.

The study found that booster doses of the coronavirus vaccines remain safe, and those who received the same type of vaccine for all of their vaccinations tended to have fewer reactions after the booster dose than after their second dose.

“Vaccination providers should educate patients that local and systemic reactions are expected following a homologous COVID-19 mRNA vaccine booster; however, these reactions are less common than those following the second primary series dose,” wrote the researchers, from the CDC and the US Food and Drug Administration.