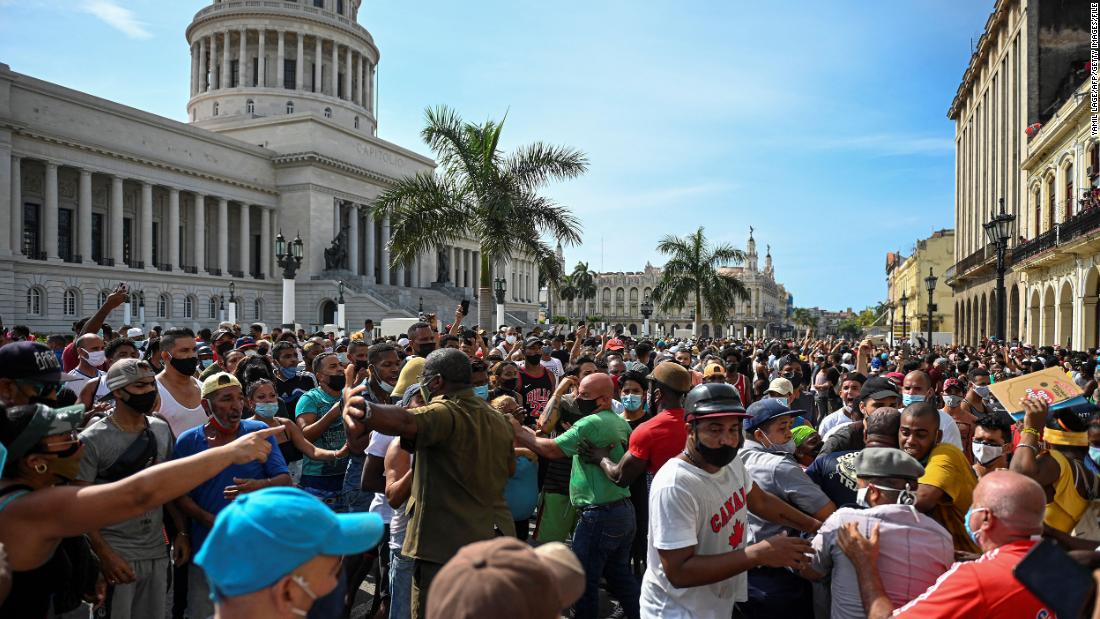 “The citizens are accused of committing and provoking serious disturbances and acts of vandalism, with the purpose of destabilizing public order, collective security and citizen tranquility,” the Supreme Court said.

Last July, hundreds of Cubans across the country defied the government and took to the streets against chronic shortages and lack of basic freedoms.

Despite widespread calls following the protests for amnesty, the Cuban government has come down hard on demonstrators — meting out lengthy prison sentences.

Shortly after the protests started, police and special forces went door to door looking for those who participated.

Cuban courts have since been trying hundreds of protestors in mass trials that have been criticized by international observers for their lack of transparency and due process.

“They threw stones and bottles at various officials, law enforcement officers National Revolutionary Police facilities, patrol cars; They overturned a motorcycle and cars…and caused injuries to other people and serious material damage,” reads the statement from the Supreme Court.

The protests, from July 11 to 12, rapidly spread across the island as Cubans openly defied the communist-run government — which blames Cuba’s economic woes on US sanctions — in a way not seen since the 1959 revolution.

Cubans chanted “freedom” at last year’s protests, showing their rage about food shortages, medicine, and electricity when Covid-19 cases had skyrocketed in the country.

In Havana, a CNN team witnessed demonstrators being forcibly arrested and thrown into the back of vans by police officers. There were also violent clashes, where protesters turned over a police car and threw rocks at officers.

Those protests — and now the trials — mark a before and after in the island’s history for many Cubans. Some of the protesters’ family members say regardless of the mass trials and harsh sentences, anti-government resentment will continue to simmer.