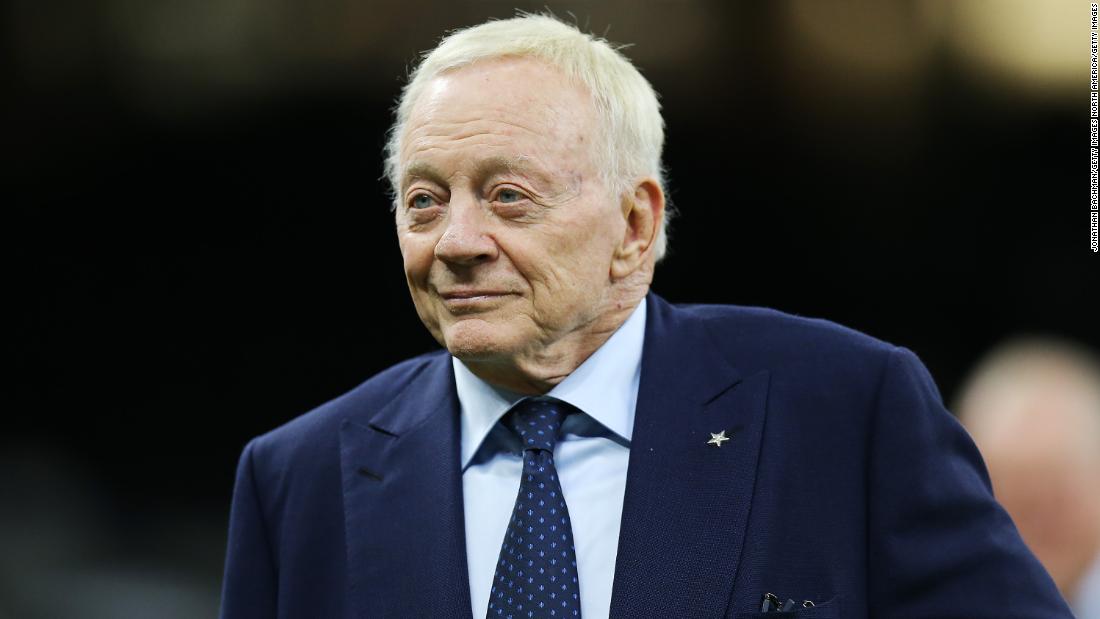 In new court filings, Jones’ legal team withdrew its request for a hearing to discuss sealing the suit brought by Alexandra Davis — who claims Jones is her biological father — and adds allegations that Jones was a victim of “attempted extortion.”

In a court document filed Monday afternoon, Jones’ attorneys alleged Davis offered to “make a deal” with Jones before filing the suit. The defense attorneys also allege Jones and the Cowboys were “targets of multiple monetary extortion attempts.”

“The potential source(s) of those attempted extortions, including, without limitation, the Plaintiff and her agents, will be the subject of other litigation which has been filed or will be instituted shortly,” the legal filing states.

Jones’ attorneys initially told the court that “Defendant has a serious and substantial interest in Plaintiff’s allegations not being public record.” Tuesday’s filing to withdraw his request to seal the case does not give a reason for the change.

ESPN and the Dallas Morning News both previously reported Jones met Davis’ mother, Cynthia Davis Spencer, when she was working at an American Airlines ticket counter at the airport in Little Rock, Arkansas. Davis is 25, the outlets reported.

Both the sports network and newspaper said they obtained a full copy of the lawsuit prior to it being sealed.

Both outlets also said Jones denied paternity, but agreed to pay $375,000 to Davis’ mother and establish two trust funds for Davis, according to the suit.

Attorneys for Davis and Jones did not immediately respond to CNN’s requests for comment Tuesday evening. Davis’ attorney Andrew Bergman told the Dallas Morning News that Davis never demanded money from Jones regarding the lawsuit, adding, “I challenge Mr. Jones, or any of his multitude of lawyers, media and marketing representatives, crisis management teams, or anyone else on his behalf to publicly demonstrate the slightest truth to any of the allegations.”