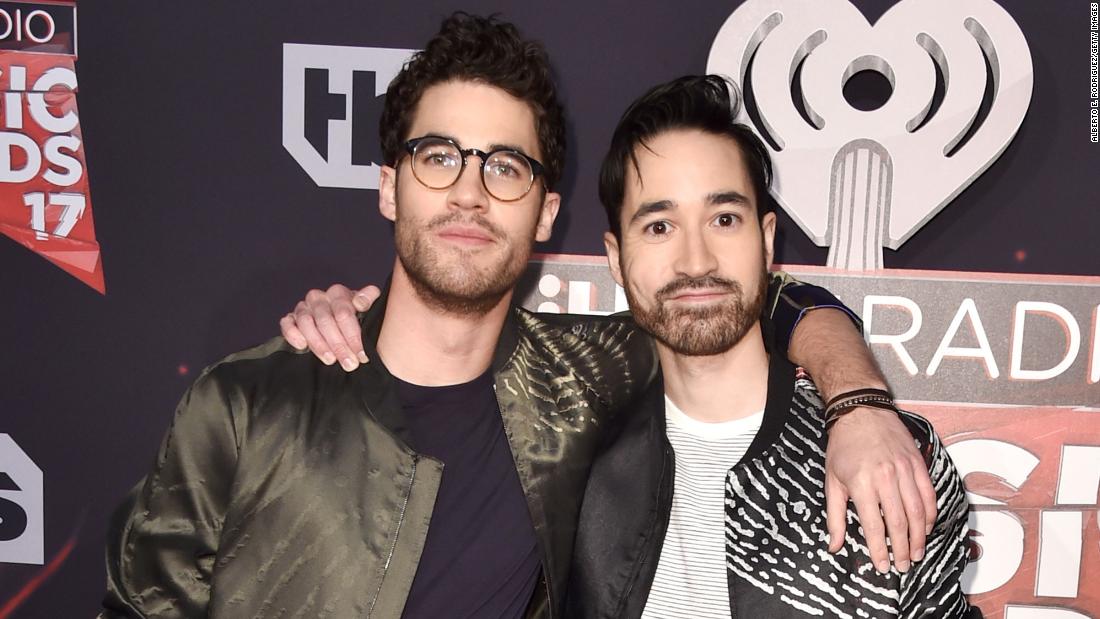 The actor shared a poignant tribute to his brother on Instagram, who Criss said died by suicide last week at age 36.

Criss described Charles as his best friend growing up.

“I loved my brother so much. And I know he loved me. Right out of the womb, he was my instant, ready-made best friend. And from that moment on, we absolutely loved bring together. Charles & Darren were an inseparable, dynamic duo. We shared nearly everything and looked out for each other. He was my confidant and companion as we discovered the world together,” Criss wrote. “As we got older, music became one of our greatest bonds.”

The former “Glee” star wrote lovingly about his brother and said that “all of the wonderful, inspiring, positive things about his life far outshine the circumstances by which it came to an end.”

He described the last several years of his brother’s life as “increasingly difficult” and explained that “he had struggled to find stability during an unfortunate rough patch in his life.”

Adding, “Despite our very vocal concerns about his well-being, and his protestations that everything was fine, it’s crushing to say now that Chuck clearly had had a severe depression welling up in him for some time, a depression that was only worsened by a lifelong struggle he had with expressing his feelings — a dangers combination only outmatched by his all-too-incredible ability to conceal it. Not just from the world at large, but most tragically from the people who were closest to him.”

Criss encouraged anyone who is “feeling lost or hopeless” to seek help.