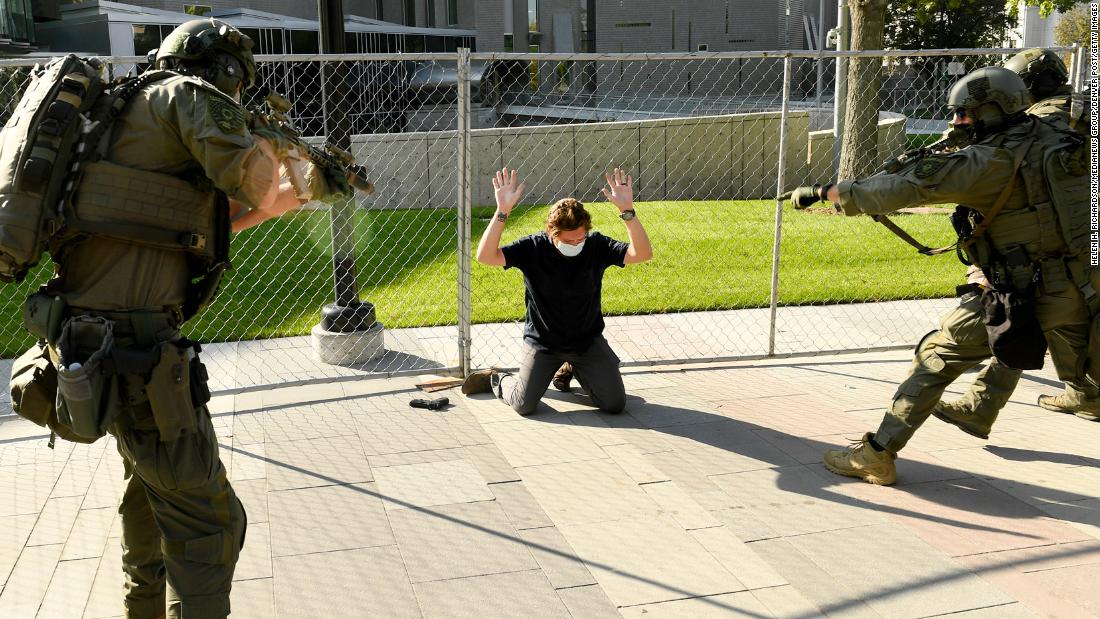 Matthew Dolloff and his attorney, Doug Richards, have claimed Dolloff was acting in self-defense when he shot Lee Keltner once during a confrontation.

Keltner, who was walking from a rally at Civic Center Park, died at a Denver hospital.

The fatal incident was recorded by Denver police surveillance cameras and cellphone video, a police affidavit said. At least one newspaper photographer captured the shooting.

“Having fully considered the facts and circumstances surrounding the charges, today we informed Lee Keltner’s family members that we will soon dismiss the criminal case against Matthew Dolloff,” the statement said. “In line with our ethical obligations, we cannot overcome the legal justifications of self-defense or defense of others. We are not able to prove guilt beyond a reasonable doubt.”

Richards told CNN he has been advised of the DA’s intent to dismiss the case later this month.

Dolloff was a security guard who was contracted through Pinkerton by CNN affiliate KUSA to accompany its reporting staff to a police support rally and a counterdemonstration, the station said in 2020.