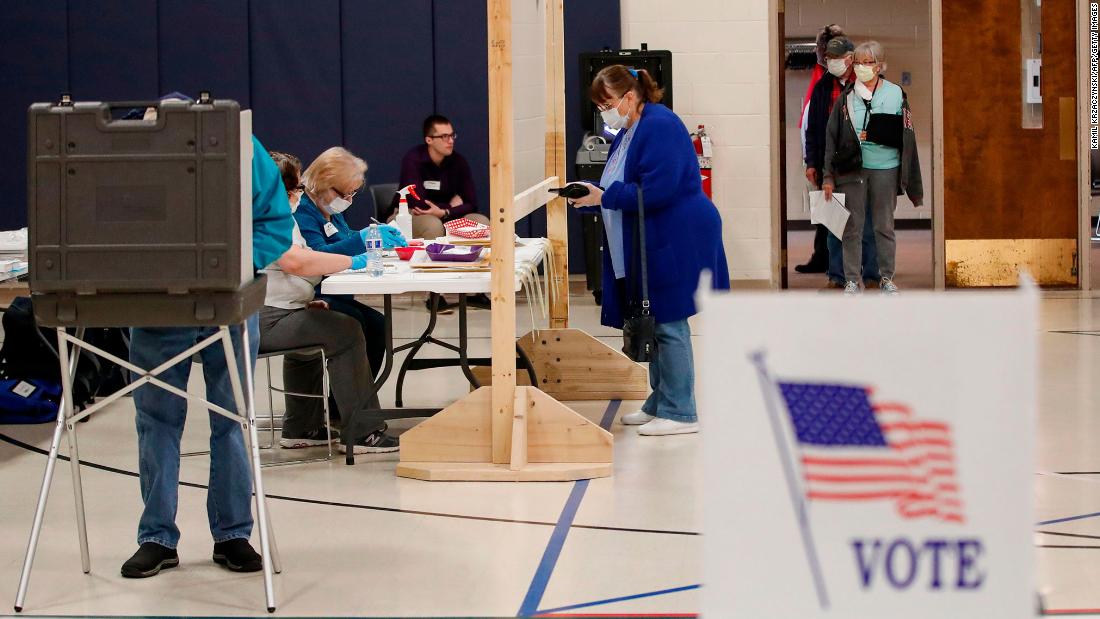 The new group, called Bridge to Democracy, will have an initial budget of at least $10 million to influence races for positions that oversee election administration in key states. The new organization is a project of American Bridge 21st Century, a leading Democratic group focused on researching political opponents in the Republican Party.

The group already has assigned 22 researchers to begin examining the records and backgrounds of candidates in a dozen states, American Bridge President Jessica Floyd told CNN in an interview Tuesday night.

“This is a historically under-resourced arena for Democrats,” Floyd said of the focus on down-ballot races that deal with election administration. “And what we’ve seen is Donald Trump and his allies have pivoted since the 2020 election to realizing if they can’t win hearts and minds, they are going to raid elections and make sure that the people who are in charge of election administration and certification are on their side.”

Aides to Trump did not immediately respond to a request for comment Tuesday night.

Floyd said she views the project as a multi-year program to safeguard election administration ahead of the 2024 presidential contest.

The races targeted will vary by state, she said, but will include secretary of state, attorney general and gubernatorial contests, along with key state legislative races and local posts such as county boards.

“It’s really anyone who is going to have an important role in deciding the terms (for) election administration and certification,” Floyd added.

The New York Times first reported on the new PAC.
Traditionally under-the-radar races for secretary of state already have garnered more attention — and political donations — in the past year.

The Democratic Association of Secretaries of State and its affiliated groups raised $4.5 million last year — a record haul for the groups.

The national Republican group focused on secretary of state contests also is raising big sums: The Republican State Leadership Committee and an affiliated group, the State Government Leadership Foundation, brought in a record $33.3 million in 2021.

Twenty-seven secretary of state seats are on the ballot this year.