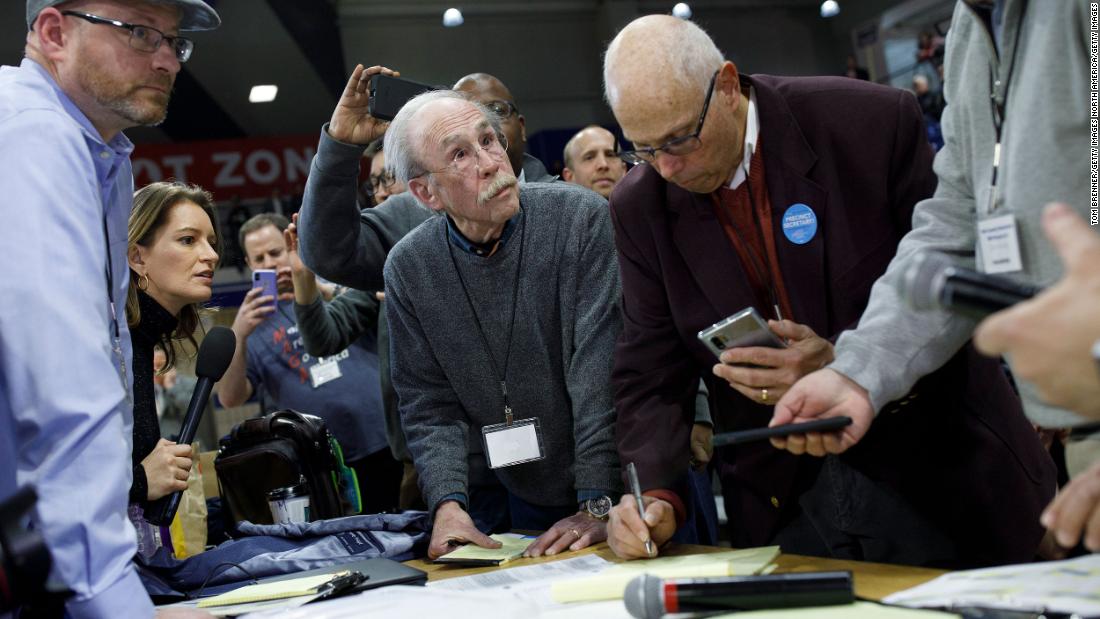 The draft proposal would end the Democratic Party’s current nominating process structure — where the Iowa caucuses go first, followed by primaries in New Hampshire, Nevada and South Carolina — and instead implement a process that would prioritize more diverse battleground states that choose to hold primaries, not caucuses. The new structure would require states to apply to hold early nominating contests and the rules committee would select “no more than five states to be allowed to hold the first determining stage in their presidential nominating process.”

If passed, the proposal would represent the most serious threat to Iowa’s first-in-the-nation status, given the largely White state is no longer a battleground and is legally required to hold caucuses.

Most members who spoke at the meeting endorsed the plan, with only slight skepticism coming from members in current early states.

Committee member Maria Cardona, a Democratic strategist and CNN political commentator, highlighted the need for the “party of diversity” to “actually implement a process that is trustworthy and open and transparent that also reflects all of the diverse communities that we say that we represent.”

“We can’t just continue to do the same thing over and over again because it is tradition or because it is the status quo. Our country is changing. We need to change with it,” Cardona said.

Leah Daughtry, another member of the committee, said, “We cannot be stuck in a 50-year-old calendar when we are trying to win 2022 and 2024 elections. This has to be an ever-evolving process.”

Some skepticism came from Scott Brennan, a member of the committee from Iowa, and Carol Fowler, a member from South Carolina. Both raised questions about some of the language in the proposal, including Brennan saying the committee’s “touchstone” needed to be finding a process that “produces the strongest possible Democratic nominee for president.” Democrats in Iowa have long argued that the state helps forge strong candidates for president.

Fowler raised questions about how the committee could ensure the early states were small states, given that many presidential campaigns don’t have the money to compete in major media markets in the earliest days of a presidential race. Fowler suggested asking former presidential candidates what they think about the changes before making them.

Neither member said outright that they would vote against the measure.

The next steps in the process are another Rules and Bylaws Committee meeting in April and then virtual public hearings. The full Democratic National Committee needs to vote on this change, and the goal of the rules committee is to have the proposal ready by the next DNC meeting, which is expected to happen in August or September.