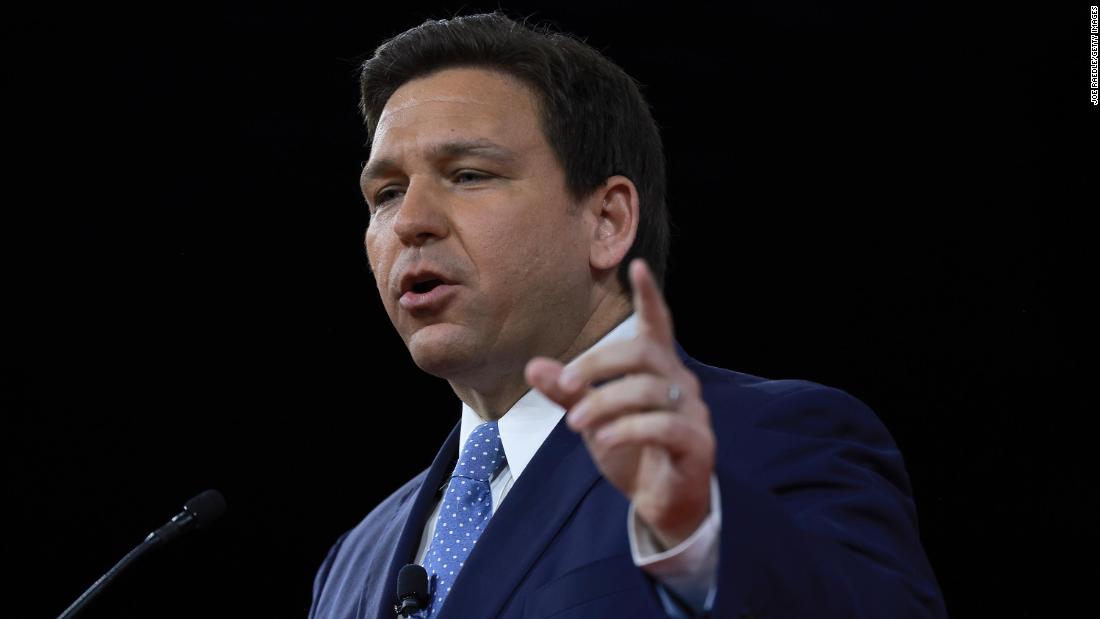 Over the objections of DeSantis, a Republican who publicly vowed to veto their work, the GOP-controlled House and Senate passed new congressional boundaries Friday that would reshape the political landscape in Florida for the next decade. In an unusual step, state lawmakers approved two maps: one that draws new boundaries to a more Republican advantage and one that is closer to the status quo. If the first map is not approved by the state Supreme Court, then the second safer map would be implemented.

“What makes you think when I say I’m going to do something that I’m not going to follow through?” DeSantis said at a news conference in Jacksonville. “I don’t make declarations lightly.”

The House passed the maps 67-47, with some Republicans voting against the new boundaries. The Senate vote was 24-15.

The showdown over the maps is a rare public power struggle between DeSantis and the Florida Legislature, which has almost always ceded to the governor and his agenda during his tenure in office.

DeSantis has urged lawmakers in his party to get behind a much more partisan map, one that could give Republicans the advantage in at least 18 of the 28 districts in the state, and as many as 20. His insistence echoes similar calls from Republican operatives that want to see the GOP press its advantage in hopes of helping the party win a majority in the US House this fall.

Florida Republicans currently hold 16 seats in the US House to 11 for the Democrats. The state gained a seat in redistricting and will have 28 House seats for the next decade.

But Republican state lawmakers have stood by their work, insisting their maps are constitutionally sound.

“The two-map solution is a creative solution that captures the feedback of all our stakeholders: the public, the members of this chamber and the Governor,” said state Rep. Tyler Sirois, the chairman of the House Congressional Redistricting Subcommittee.

DeSantis, meanwhile, has pushed for lawmakers to break up two of four Black-access districts in what Democrats say is a violation of the Voting Rights Act and the state’s Fair District amendment to its constitution.

State Sen. Janet Cruz, a Tampa Democrat, said the governor’s threats to lawmakers were “a stain in this whole process.”

DeSantis has inserted himself into the state’s once-in-a-decade redistricting process far more than any of his predecessors, even going so far as to submit his own maps for consideration. He has repeatedly said he would veto any map that does not reapportion Florida’s 5th Congressional District, a Black plurality seat that stretches across north Florida to connect African American communities in Tallahassee and Jacksonville. The district is represented by Democratic Rep. Al Lawson, who is Black. DeSantis would also break up an Orlando-area district represented by Rep. Val Demings, who is also Black.

DeSantis believes Lawson’s district represents an unconstitutional gerrymander, even though it was approved by the state Supreme Court last decade.

If DeSantis vetoes the maps, then the Legislature could override him with two-thirds of the vote. If state lawmakers cannot come to agreement on a map, then they could kick the fight to the state Supreme Court.

Florida is one of four states that have yet to finalize their congressional maps.