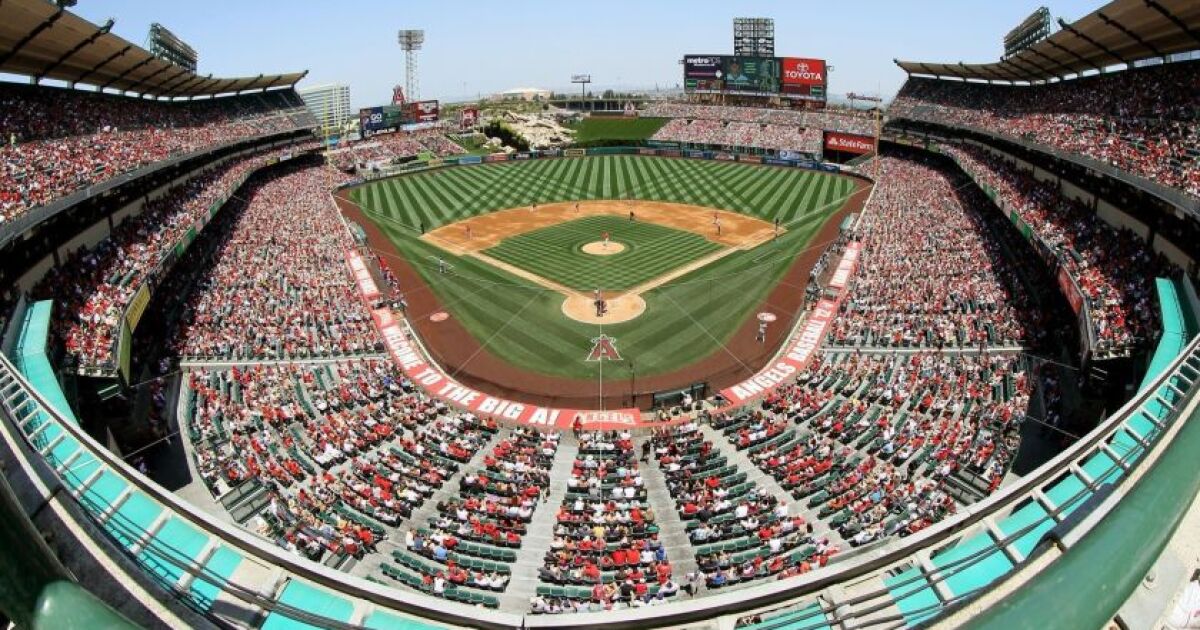 Two years and two days have passed since the lawsuit seeking to nullify the Angel Stadium land sale was filed. On Wednesday, the suit finally will be heard.

Under the sale agreement, a company controlled by Angels owner Arte Moreno would develop a mini-city on the 150-acre site, with homes, hotels, shops, offices and restaurants surrounding the ballpark. The litigation has delayed the closing, meaning nothing has happened on the land since the Anaheim City Council approved the sale in 2019.

The very fate of the deal.

The sale has been challenged on two fronts. The state housing agency has declared the sale illegal, ruling the city of Anaheim violated the state’s affordable housing law by not first making the land available to housing developers. The city and the state are trying to reach a negotiated resolution, under which the city would pay a fine and the state would not stand in the way of the sale.

But in order for the sale to go forward, the city also needs the judge in this lawsuit to uphold the deal.

What’s at issue in the lawsuit?

In September 2019, the City Council decided to sell the land, according to sworn testimony by a councilman and the former city manager. The council made the decision behind closed doors, according to the testimony, using a state law that allows a city to keep discussions of “price and terms” in a negotiation private. Yet, according to a city timeline, the city did not formally negotiate with Moreno’s company until November 2019.

That is the most critical of allegations in the lawsuit, filed by a citizens’ group called the People’s Homeless Task Force. The group alleges the city committed multiple violations of a law called the Brown Act, which generally requires public business to be done in public.

What does the city say?

The city says it followed the law. In its court response, the city attorney said in sworn testimony that the claims made by the councilman and former city manager were “factually inaccurate” because the closed-door discussion in question regarded a site appraisal, and a sale was not yet under negotiation. The City Council made the decision to sell in December 2019, the city says, and only after a public hearing in which representatives of the citizens’ group were among the speakers.

The city’s court filing describes the former city manager, who was ousted by the council majority, as “disgruntled.” The city attorney said the councilman who testified against Anaheim, Jose Moreno, “consistently voted against the Angels’ transaction, and has been a strong opponent of the deal ever since.”

In a separate statement, the city said: “Just because something doesn’t go your way does not make it unlawful.”

If the judge finds the city has violated the law, does he have to throw out the deal?

No, say attorneys for the Angels, citing a provision of the law that allows a deal to survive a lawsuit if a third party assumed a contractual obligation and acted “in good faith and without notice of a challenge to the validity of the action.” The notice of challenge came one month after the City Council approved the deal. The citizens’ group does not agree with that interpretation of the law.

Is the judge expected to rule Wednesday?

No. Orange County Superior Court Judge David Hoffer has said he expects to ask questions in Wednesday’s hearing and issue his ruling at a later date.

Does the lawsuit seek to kill the deal for good?

No, says the attorney for the citizens’ group. The goal, the attorney said, is to get the city to redo the negotiations with proper public input.

The city believes the deal was done with proper public input, and it also believes the lawsuit could indeed kill the deal for good. There is concern that Arte Moreno might walk away if this deal is not completed, in part because this would be the second deal he had negotiated with city staffers that would have collapsed.

That could leave the Angels to play out their current lease, which extends through as late as 2038, without compelling any development on the sea of parking lots. That development is projected to generate hundreds of millions in tax dollars for the city over 30 years, according to a study commissioned by Moreno.

Is there a big uproar in Anaheim about the deal?

Depends on whom you ask. The city says residents are supportive of the deal. In 2020, in the only Anaheim election since the deal was approved, two council members were on the ballot. The one who voted for the deal was reelected, and the one who voted against it was not.

However, Ashleigh Aitken — who is running this year against Harry Sidhu, the incumbent mayor — said concern over the deal is the first issue residents raise with her.

How has this lawsuit affected the City Council?

Anaheim has asked the court to throw out Jose Moreno’s testimony, in part because the city alleges he had “flagrantly disregarded” restrictions against the disclosure of closed-session discussions and in part because it believes he misrepresented the discussions. The relationship between Moreno and Sidhu, never better than frosty, appears to have irreparably frayed.

In the Feb. 15 council meeting, Moreno said he stood by his testimony and challenged Sidhu to testify as well.

“If in fact what I said occurred did not occur, as you are alleging in the public,” Moreno told Sidhu, “then raise your right arm and swear to it.”

Sidhu said he would stand by his op-ed pieces in the Orange County Register.

“It is telling the truth,” Sidhu said, without looking at Moreno. “I know, for some of my colleagues, when the truth comes out, it hurts.”