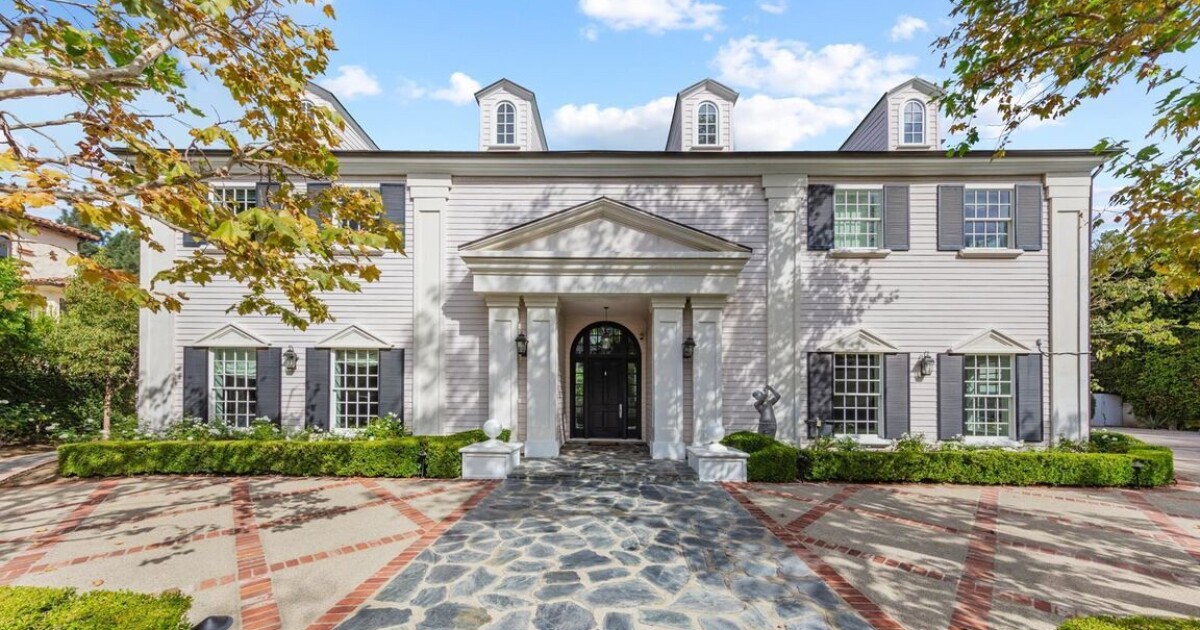 Sean Combs, the rapper better known as Diddy, has hauled in $6.51 million for his traditional-style mansion in Toluca Lake. It’s the neighborhood’s priciest sale in months.

Records show the Grammy-winning artist paid $5.25 million for the property in 2009, and he’s been shopping it around for $7 million since October.

Built in 2006, the stately home spans nearly 10,000 square feet — but it’s still not his biggest Southern California home. That title belongs to a 13,000-square-foot Holmby Hills showplace that he bought for $39 million in 2014.

Gated and landscaped, the half-acre estate makes the most of its space with a swimming pool, motor court, basketball court and lawn surrounding the L-shaped home. Columns and shutters adorn the exterior, leading to a two-story foyer with checkered floors and a sweeping staircase.

Elsewhere are six bedrooms, 6.5 bathrooms, a media room, spacious kitchen and formal living room anchored by an ornate stone fireplace. French doors open out back, where a trellis-topped patio adds a fireplace of its own.

At $6.513 million, it’s Toluca Lake’s most expensive sale since last May, when a waterfront Spanish-style abode traded hands for $7.25 million. The neighborhood’s all-time record was also set last year when “This Is Us” creator Dan Fogelman dropped $17.5 million on a 1.4-acre compound.

A hip-hop mogul, Combs is known as a savvy entrepreneur whose net worth has been pegged at more than $700 million. His debut album “No Way Out” won the Grammy for best rap album, and he also founded Bad Boy Records, a label whose artist roster has included Notorious B.I.G., French Montana and Machine Gun Kelly.

Carl Gambino of Compass held the listing. Ted Fleming of Rodeo Realty Beverly Hills represented the buyer. Neither could be reached for comment.