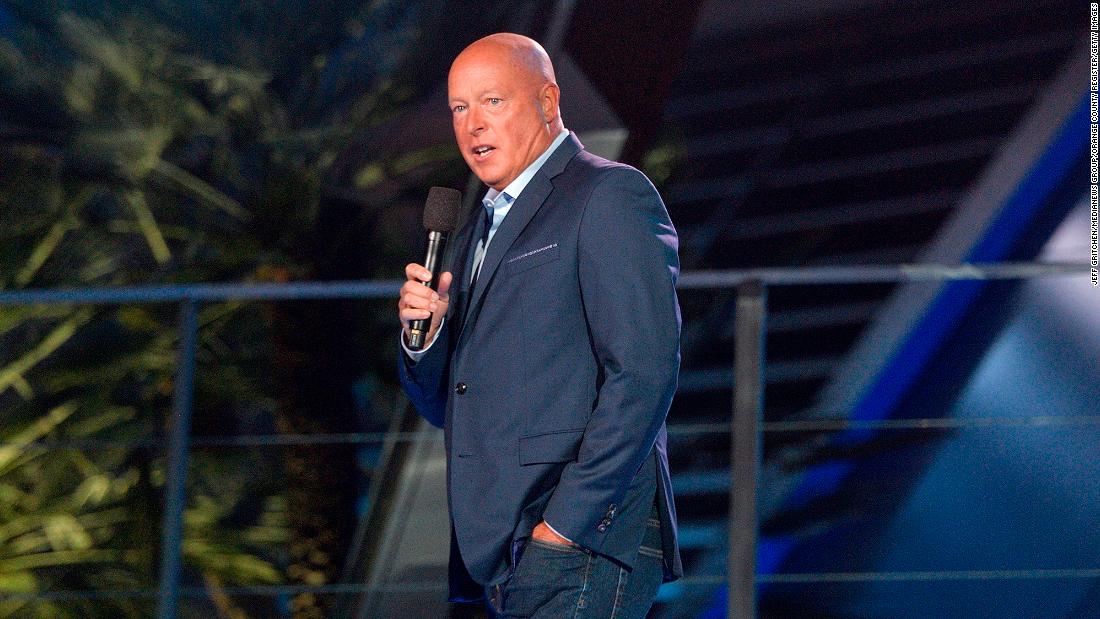 Chapek said he and Disney’s (DIS) leadership “unequivocally stand” with LGBTQ+ employees. He said the company, which employs over 75,000 in Florida, is committed to inclusivity in a staff email obtained by CNN Business.

“Instead, they are often weaponized by one side or the other to further divide and inflame,” Chapek said in the email.

Disney has faced mounting criticism for not taking a stand on Florida’s ‘Don’t Say Gay” bill, which would ban educators from discussions about sexual orientation and gender identity in classrooms. The bill — officially known as the Parental Rights in Education bill — is expected to become law in Florida and is supported by Governor Ron DeSantis.

One of the ways the company can make lasting change, Chapek said, is through Disney’s content, citing releases like “Encanto” and “Modern Family.”

“These and all of our diverse stories are our corporate statements—and they are more powerful than any tweet or lobbying effort,” Chapek said.

Chapek also addressed Disney’s political contributions in Florida. Chapek said the company has donated to both Republicans and Democrats and that its new Chief Corporate Affairs Officer will be “reassessing” its political giving.

Disney’s former CEO Bob Iger, who stepped down in 2020, tweeted in support of President Joe Biden’s call against the bill in February.

“I’m with the President on this! If passed, this bill will put vulnerable, young LGBTQ people in jeopardy,” Iger tweeted.
Disney’s new suggested non-political stance is a departure from Iger’s tenure. When Georgia signed a “heartbeat law” in 2019, Iger said the studio will find it “very difficult” to film in the state if the law took into effect.
And last week, Disney was one of the first major movie studios to say it was pausing the release of its films in Russia as the country’s invasion into Ukraine escalates.