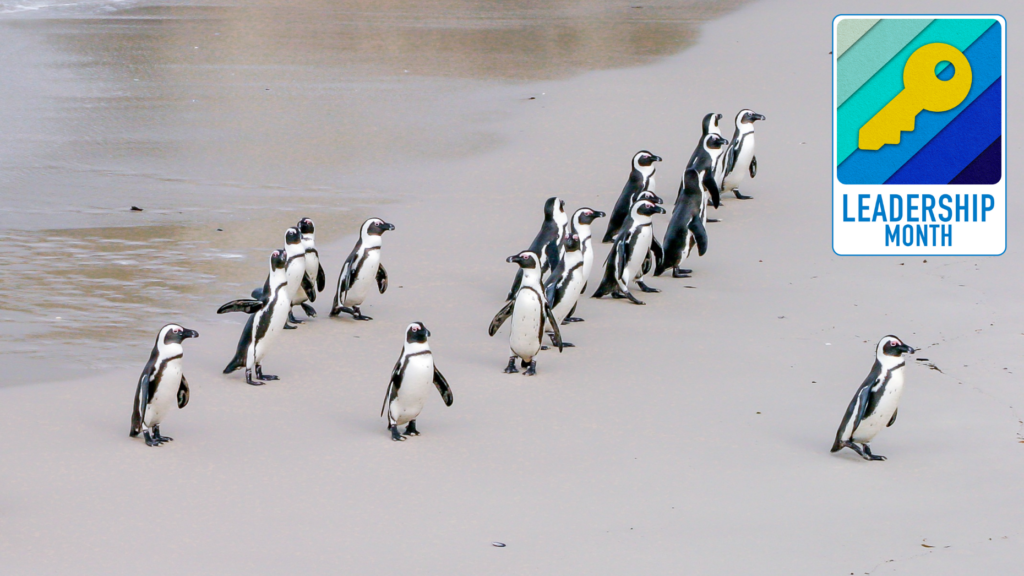 Whether you’re a founder building from the ground up or a leader who’s stepping into some big shoes, your vision — and your ability to communicate it — are still essential to your own reputation and to those you’re leading. Find out what it takes to be a leader now and in the days ahead.

What does good leadership look like in 2022? How can you put your best foot forward where you work, whether you’re managing a team or an entire company? In March, we’ll plumb the topic through Q&As from top-tier industry leaders, contributions from Inman columnists (the leaders in their field) and more. Then we’ll keep the leadership conversation going in person at Inman Disconnect in late March in Palm Springs, California.

“May you live in interesting times” is an apocryphal Chinese curse that grows more ironic and apt with every passing year. Remember thinking that you would make a decision or take on a task “when things get back to normal?” More and more, we’re beginning to realize that there’s no such thing. Maybe there never was.

Leading through times like these is its own special challenge. Now, there are so many ways to go wrong, to disappoint, to upend the good you’ve done in your career. There are so many demands on your time, energy and patience, and the rule book, if there ever was one, has gone out the window.

In addition, there’s the challenge of dealing with other people’s perceptions of what a leader looks like, sounds like and acts like. Maybe you’re younger than the folks you’re leading. Maybe your background is different than theirs. Maybe you’re having to overcome preconceptions about whether you’re ready to lead, qualified to lead or able to lead.

Leadership no longer has a one-size-fits-all blueprint. There’s no longer an archetype. Now, more than ever (to beat a dead horse, as the saying goes), leadership is about what you do, how you relate and how you handle change — the only certainty.

Creating a new model of leadership

How, then, do we create a new leadership model, and how do we equip ourselves to be the leaders we most want to be — and see — in the world? We scanned the latest research and writing on leadership and reached out to Inman readers for their thoughts on the leadership qualities that resonate right now.

Here are some of the most important traits leaders need moving forward, whether they’re just starting out on a leadership journey or rebooting their skills for the days ahead.

Perhaps it’s looking at each other across Zoom on bad hair days, with bad lighting and wearing pajamas, but flawless facades seem outdated in the current leadership landscape. From sharing mistakes to promoting balance, today’s most compelling leaders don’t seem interested in pretending perfection.

In addition, the changes and disclosures that came along with the #MeToo movement showed us that there’s no such thing as a flawless leader, and many of those who pretend to be are hiding dark secrets. Now, being authentic and being transparent feels safer and easier to believe in. More and more, we don’t need our leaders to be perfect, just honest and real.

The team or leadership structure of the future is more about defining roles and finding the right person for the role — not the person who’s just like everyone else at the company, according to Harvard Business Review. That means looking to include both diversity — so that your team looks more like your customers and the industry at large — and diverse skill sets and backgrounds.

Think beyond an MBA or a traditional growth trajectory. Great leaders can come from running a classroom, running a sports team or leading a small city government office. The more types of people you recruit, the more those different perspectives will inform your approach organically rather than feeling like an artificial push for inclusivity.

Although the traditional model of leadership may have seen vulnerability as akin to weakness — and a quality to be avoided at all costs — modern leaders see it as the willingness to admit error in a way that builds trust and loyalty.

We’ve all seen companies and notable leaders double down on mistakes and bad behavior, refusing to admit that they were wrong. It’s called “consistency bias,” and it’s based on the mistaken assumption that what they do couldn’t possibly be wrong or foolish because they themselves are great and smart.

Vulnerable leaders can course-correct quickly when needed so that they don’t fall victim to this fallacy.

Of course, adaptability is the only possible response to a world filled with political and social upheaval, generational miscommunication, worldwide pandemics and military invasions. Great leaders can no longer view themselves as the arbiters of every decision. They must be able to respond quickly and decisively to changing circumstances.

That doesn’t mean that leaders are wishy-washy or blown about by the winds of change. They need to provide the stability of mission, purpose and ethical touchstones so that changing responses are coming from a core belief system. They also need to implement solid processes that can be adjusted as needed with a minimum of drama. With these in place, they’re better able to adapt as needed and to communicate the how’s and why’s effectively.

Finally, it’s easy to get bogged down in day-to-day worries, questions and concerns, especially if everyone around you is freaking out. That’s why the great leader must cast a vision that’s compelling and unifying so that agents, support staff and the leadership team can stay onboard as new circumstances unfold.

Whether you’re a founder building from the ground up or a leader who’s stepping into some big shoes, your vision — and your ability to communicate it — is still essential to your own reputation and to those you’re leading. They want you to know where they’re going and have something and someone to believe in.