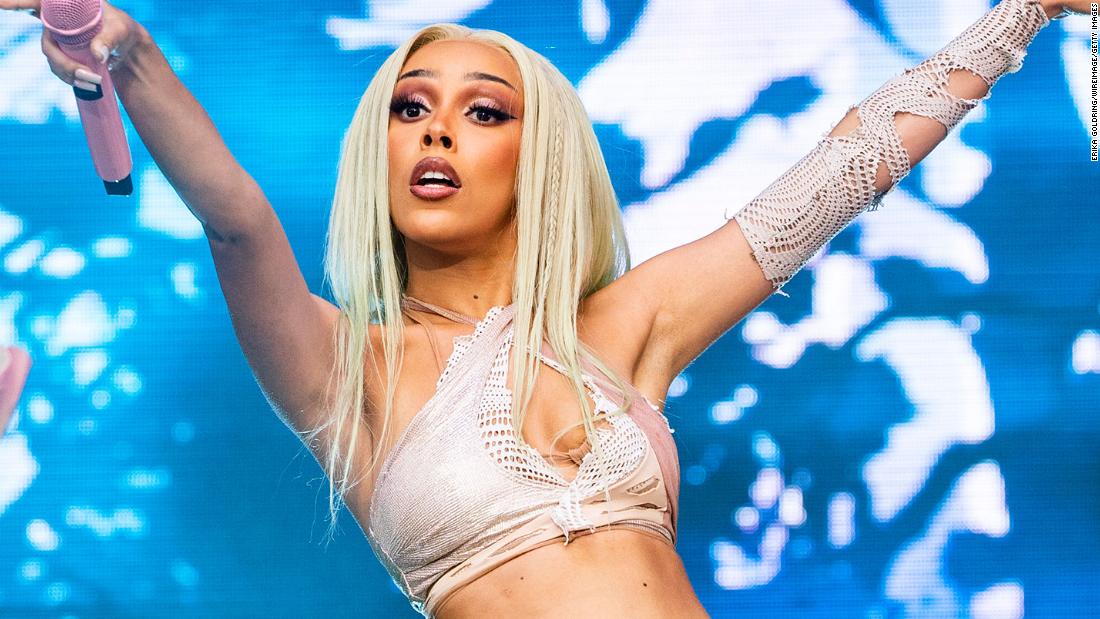 Doja was scheduled to perform as part of the Asunciónico festival in Paraguay earlier this week, which was canceled due to flooding. Some on Twitter expressed disappointment that the artist reportedly didn’t stop to take photos or meet with fans outside her hotel in Paraguay.

“I moved on I’m just gonna let everybody be mad,” Doja tweeted. “I’m not taking pictures again with anybody else after this tour.”

In response to one fan, she wrote, “I don’t give a f**** anymore, I f***ing quit, I can’t wait to f***ing disappear and I don’t need you to believe in me anymore. Everything is dead to me, music is dead, and I’m a f***ing fool for ever thinking I was made for this this is a f***ing nightmare unfollow me.”

It’s unclear if she meant she was quitting Twitter or music. CNN has reached out to a rep for Doja for comment.

Following the exchange, Doja Cat changed her Twitter name to “i quit” and her bio to “lol.”

Earlier, the “Rules” rapper had tweeted an apology about her performance Thursday in Brazil’s Lollapalooza.

“I don’t think I gave Brazil a good enough show tonight at all and I’m sorry for that but thank you guys for coming out I f***ing love you and thank god we got another show tomorrow I promise I’ll do better.”

As of Friday, Doja was currently still slated to perform another set in Brazil.