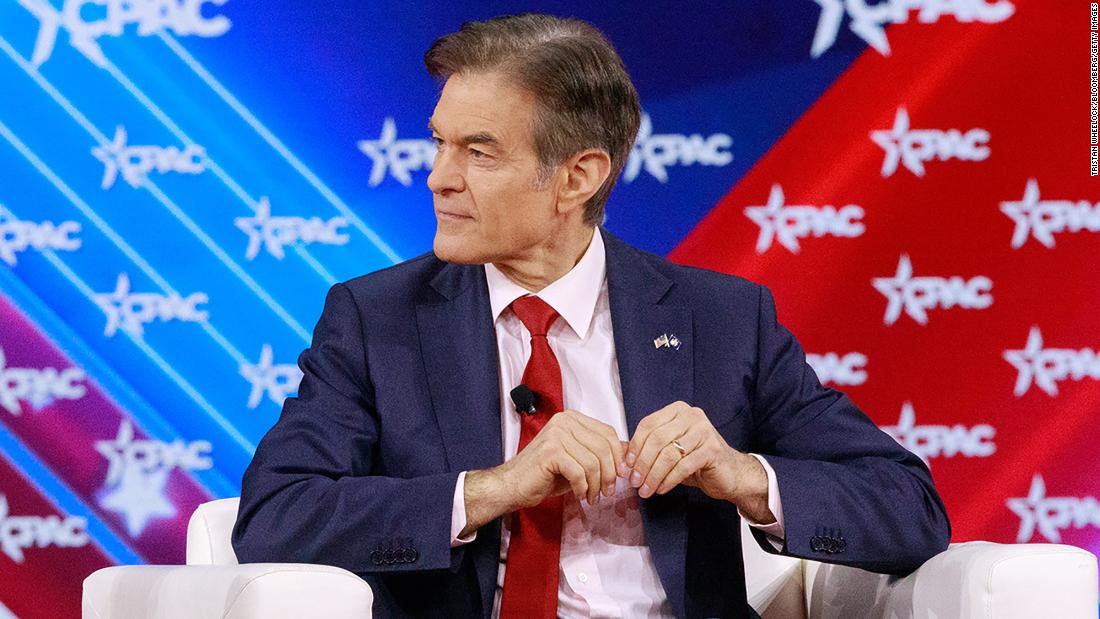 “My dual citizenship has become a distraction in this campaign,” the former daytime TV personality said in a statement. “I maintained it to care for my ailing mother, but after several weeks of discussions with my family, I’m committing that before I am sworn in as the next U.S. Senator for Pennsylvania, I will only be a U.S. citizen.”

On Tuesday, the website PoliticsPA reported that Oz had said he would keep his Turkish citizenship, even if it forced him to forgo security clearances as a senator. The Oz campaign denies that the candidate said that but did not provide CNN with audio of the exchange, which took place during a news conference in Harrisburg. There appears to be no requirement that elected members of Congress renounce their citizenship of other countries in order to attend classified briefings.
Nonetheless, Republican primary rival David McCormick, a former hedge fund executive, has been attacking Oz over his dual citizenship, which Oz has said he retains in order to care for his mother in Turkey, a NATO member.

Before Oz issued his statement, the McCormick campaign organized a press briefing Wednesday with Alaska GOP Sen. Dan Sullivan, who said it was “inconceivable” that a senator could forgo attending classified briefings. When asked why a senator would have to renounce his dual citizenship to have the necessary security clearance, Sullivan said he was unsure.

It is not the first time McCormick’s campaign has tried to make an issue of the background of Oz, who was born in the United States to Turkish immigrant parents. Jess Szymanski, a McCormick campaign spokesperson, asked last month how Oz could be “America First” when he had “dual loyalties.”

Oz’s campaign, in turn, has tried to portray McCormick as as too cozy with China, citing statements McCormick made as a top Treasury Department official in the George W. Bush administration and his hedge fund’s recent investments in China. Oz said in his statement Wednesday that McCormick’s attacks were “bigoted,” “desperate,” “disgraceful” and “disqualifying.”

“The bigoted attacks my opponent Dave McCormick has made against me as the child of immigrants are reminiscent of slurs made in the past about Catholics and Jews,” Oz said. “It is a sign of McCormick’s desperate campaign that he has resorted to this disgraceful tactic. It is completely disqualifying behavior for anyone aiming to serve in the United States Senate.”

A March 2-6 Fox survey of Republican primary voters in Pennsylvania found McCormick leading Oz by 9 points, 24% to 15%. Political commenter Kathy Barnette and Jeff Bartos, the 2018 GOP nominee for lieutenant governor, were at 9% each and former US Ambassador to Denmark Carla Sands was at 6%. Nearly a third of voters were unsure which candidates they supported.
Fox first reported that Oz planned to renounce his Turkish citizenship if elected to the Senate.

The Pennsylvania primary takes place on May 17.