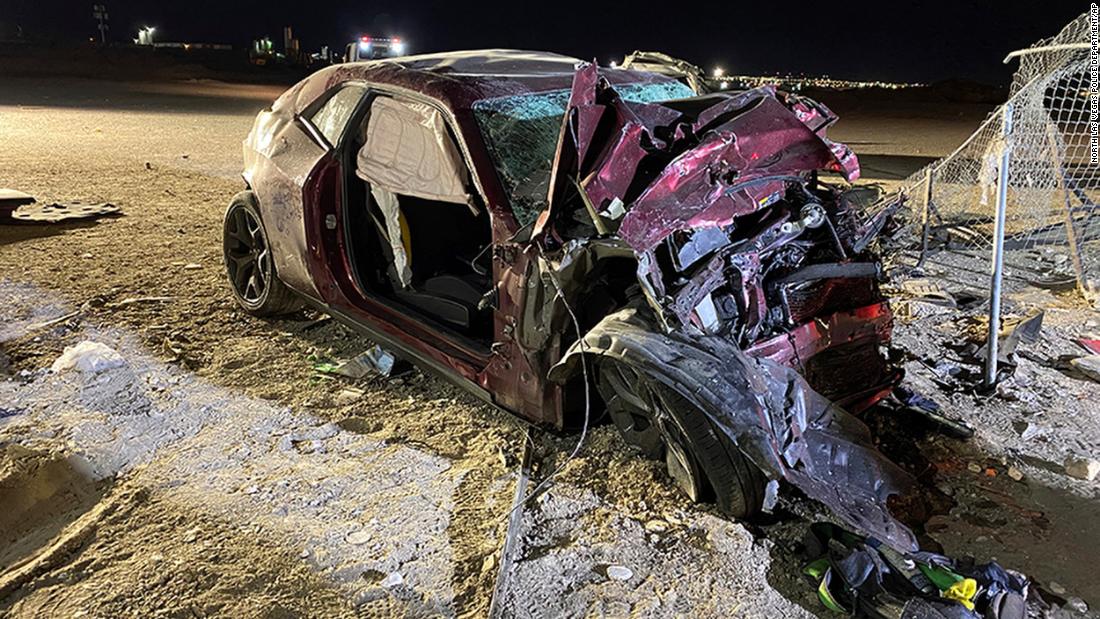 Gary Dean Robinson, 59, was driving a red Dodge Challenger on January 29 and was going more than 100 mph when he ran a red light at an intersection and hit the passenger side of a Toyota Sienna minivan, which rotated and hit another vehicle, the report said.

Robinson died of blunt force injuries, according to the coroner’s office. Phencyclidine, or PCP, one of the substances found in the driver’s body, has “mind-altering, hallucinogenic effects,” according to the Justice Department.

A preliminary National Transportation Safety Board (NTSB) report released last week said the Dodge driver was going 103 mph as he approached the intersection.

Three adults and four children were in the Toyota Sienna, all of whom died in the crash, North Las Vegas authorities previously said. Robinson and a passenger in his car were also killed, authorities said.

A total of six vehicles were involved in the incident, NTSB member Tom Chapman said in a January 31 briefing. About 15 people were involved, authorities said. “This sort of horrifying crash is rare,” Chapman said.
The NTSB is continuing to investigate the crash, according to the preliminary report. The North Las Vegas Police Department is also conducting “a separate and parallel investigation.”

“We are conducting a safety investigation looking at broader safety issues of national significance,” Chapman said in the January briefing. “Our mission is to understand not just what happened but why it happened, and to recommend changes to prevent it from happening again.”