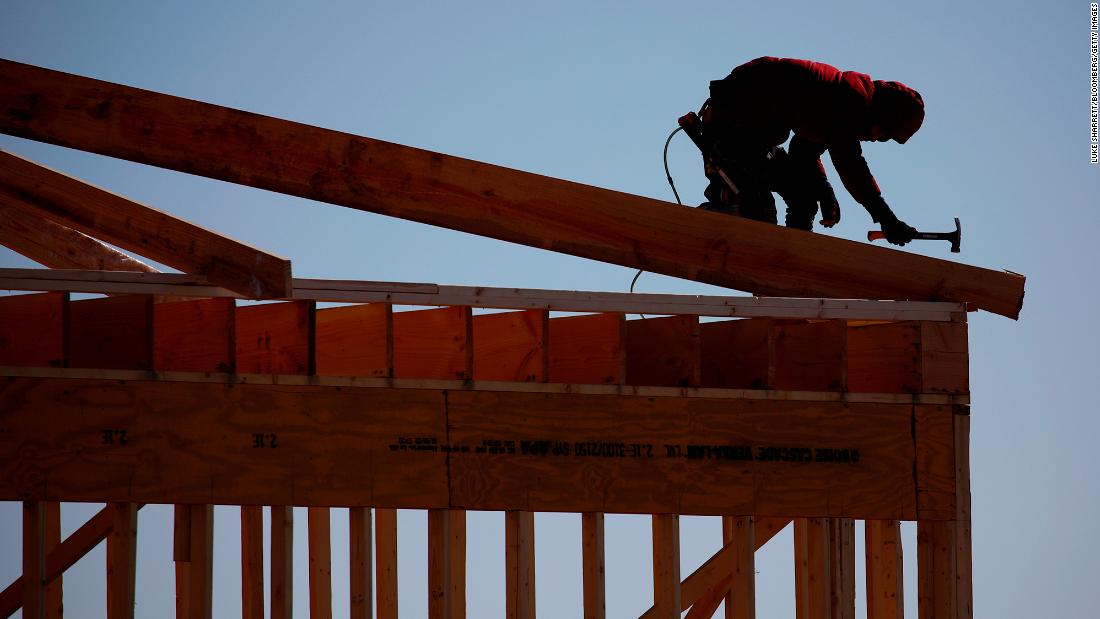 Last month, the nation saw the light at the end of the tunnel of the Omicron wave. Infections fell swiftly and various cities announced changes to their pandemic restrictions. That should have been good news for jobs. Consequently, economists polled by Refinitiv believe 400,000 positions were added last month.
In pre-pandemic times, that would be a fantastic number. But the labor market is still making up for lost ground. If the consensus forecast holds true, it would make February the weakest month of job growth since April last year.

But there’s reason to be skeptical.

Over the course of the pandemic, it has been very hard for economists to accurately forecast the month-to-month changes.

At the start of 2022, jobs forecasts missed the mark spectacularly as the labor market did much better than expected: While some economists had predicted a negative jobs number for January, America ended up adding 467,000 positions, blowing the consensus of 150,000 jobs out of the water.

Here’s how that happened: The fallout from the Omicron variant wasn’t as bad as expected and historical seasonal patterns did not have the expected effect as businesses continued to struggle with the worker shortage.

“Pre-Covid seasonal patterns no longer seem to hold,” said Julia Pollak, chief economist at ZipRecruiter, following the January report.
The latest ADP Employment Report delivered additional proof of that: On Wednesday, adjustments made in line with the Labor Department’s revisions boosted a previously negative January report by more than 800,000 jobs.

How could that many jobs slip through the cracks?

It’s all down to how disruptive the pandemic has been. Month to month, the nation saw extreme changes in employment and that has distorted measurements and seasonal patterns, according to ADP chief economist Nela Richardson. Much of what worked before Covid just doesn’t apply any more.

That said, data has been trending in the right direction. Millions of jobs have been added back to the economy and, week by week, fewer people are filing for unemployment assistance.

According to the latest weekly data from the Labor Department, 215,000 workers filed initial claims for jobless benefits last week, fewer than expected. Continuing claims, which count workers who have filed for benefits for at least two straight weeks, were little changed at 1.5 million. The four-week average of this measure dropped to its lowest level since April 1970.

Looking at the right data

The US labor market lost nearly 22 million jobs at the height of the pandemic. With 2.9 million jobs to go to reach pre-pandemic levels, the majority of the loss has already been recovered.

But there are other measures of the labor market that don’t look as peachy: The rate of labor force participation, for example, hasn’t recovered as swiftly.

Workers were kept away from jobs for various reasons, including health and child care concerns. Even though Omicron didn’t hurt the economy as much as feared at the start of the year, it may have kept people on the sidelines, Richardson said. So that’s a space economists will be watching.

Another area is wages, which have been going up as businesses have tried to attract and retain staff amid high inflation and the ongoing labor shortage. For American workers, however, wages haven’t been rising enough to keep up with the fast pace of inflation.

“The other wild card is the Ukraine-Russia conflict,” said PNC chief economist Gus Faucher. Even though there will be little fallout in the labor market, there are major risks to the economy, he said. “These include a recession in Europe, even higher inflation because of rising energy prices, and the increasing likelihood that the Federal Reserve could be forced to raise interest rates so aggressively to combat inflation that the recovery stalls.”

On Wednesday, Fed Chairman Jerome Powell told lawmakers during his semiannual congressional testimony that it would be appropriate to raise interest rates at the policy meeting later this month.