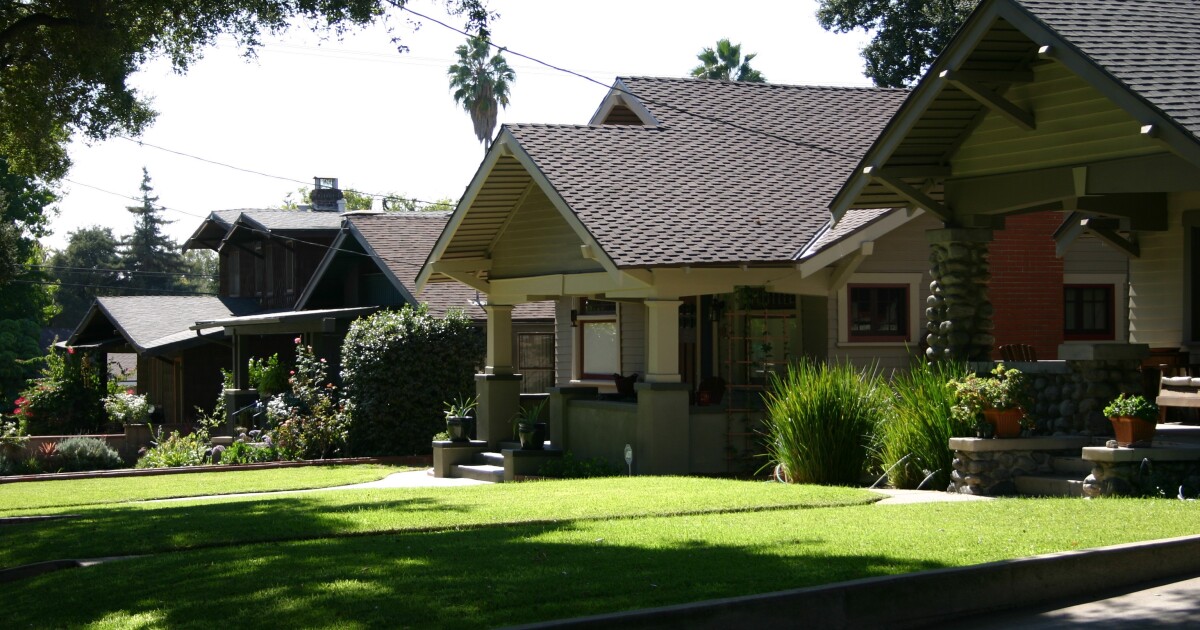 Hell hath no fury like city officials forced to comply with state-mandated increases in housing density. The new California law, Senate Bill 9, which allows property owners to split single-family lots in two and build two units on each has been met with a raft of local ordinances designed to thwart new development or just make it very difficult.

Case in point is Pasadena’s “urgency ordinance” regulating SB 9. The ordinance makes it sound like the city is under attack, stating that “there is a current and immediate threat to public health, safety, and welfare” from “unfettered SB 9 lot splits.”

So the city has fettered any potential lot splits with regulations on landscaping, parking, protection of trees and more.

But what caught the eye of Atty. Gen. Rob Bonta and earned Pasadena a strong rebuke was its exemption of “landmark districts” from all SB 9 lot splitting. The ordinance described the districts as neighborhoods where 60% of the properties have “historical, cultural, development, and/or architectural context.” SB 9 does exempt historic districts.

The city’s own broad, fuzzy description of “landmark districts” prompted a tough letter from Deputy Atty. Gen. Matthew T. Struhar on behalf of Bonta telling Mayor Victor Gordo that those weren’t historic districts, and therefore should not be exempt from SB 9. Further, the deputy attorney general said his office was aware of local efforts to create new landmark districts to avoid allowing SB 9‘s duplexes and lot splits.

The letter also flagged a report to the Pasadena City Council saying the Planning Commission urged the city to look into the possibility of a “citywide historic overlay” to exempt all of Pasadena from SB 9. Doing that “for the purpose of evading SB 9 would be an abuse of discretion,” Struhar wrote.

On top of that, the city hadn’t justified why it needed an “urgency ordinance.” The attorney general’s letter ordered the city to repeal the ordinance in the next 30 days.

Despite the city staff report suggesting otherwise, Gordo insists the Pasadena City Council is not trying to cloak the city in a giant historic overlay to thwart SB 9. He also argues that Pasadena’s landmark districts are essentially the same thing as the historic districts exempted under SB 9 — the process of submitting documentation to city and state officials for approval is the same.

If the city prevails in that argument, roughly 20% of the city’s housing properties would be off-limits to future duplexes and lot splits. (By the way, it’s quite common to find single-family homes next to duplex, triplex and fourplex apartment buildings in historic neighborhoods; the practice was later outlawed by single-family zoning.)

The message behind the attorney general’s letter is clear — there’s a new housing sheriff in town, and local governments’ attempts to water down or block state laws, like SB 9, will be scrutinized. That’s a good thing. For decades, California has ignored or only weakly enforced existing state laws designed to prod cities to permit and build enough housing for their populations. The result is that residents are paying the price now in skyrocketing rents and home prices, while a humanitarian crisis of homelessness unfolds on the streets.

Cities, like Pasadena, will find state intervention and oversight uncomfortable, but it’s necessary. SB 9 is one piece in a larger effort to create more housing at all price points — something local cities have failed to do. Now they must comply.