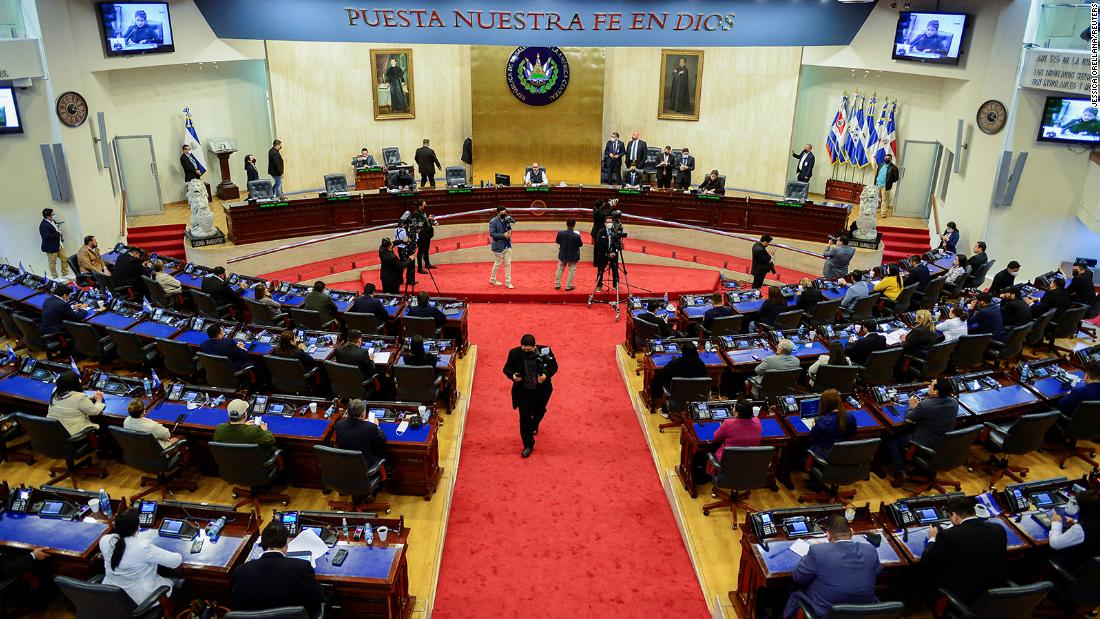 Constitutional rights including freedom of association and the right to a state-sponsored defense in court will be suspended for 30 days to better target criminal groups, according to the decree. Security forces will also be allowed to intercept phone calls and hold suspects in preliminary detention for longer periods of time under the new emergency decree.

El Salvador has a long history of organized crime groups fighting against security forces and among themselves to control territory and drug routes across Central America. The small Central American country — roughly the size of Massachusetts — led the world for the number of homicides related to the size of its population for several years in a row in the 2010s.

President Nayib Bukele, who took office in June 2019 with broad support, campaigned on the promise of taking a tough stance on gang violence, which has plagued El Salvador for decades.

In 2020, he authorized the use of lethal force by the police and army against gang members he said were taking advantage of the coronavirus pandemic, after a weekend of violence left at least 50 people dead across the country.
In December, the US Treasury Department imposed sanctions on two El Salvador government officials, accusing them of negotiating with MS-13 and Barrio 18 in an effort reach a “truce” and shore up political support.

During negotiations, the US government alleged, gang leaders agreed to provide political support to the ruling Nuevas Ideas party in upcoming elections. The US pointed out that Nuevas Ideas won a two-thirds super majority in 2021’s legislative elections.

The US also accused Bukele’s administration in 2020 of providing financial incentives to the gangs to “ensure that incidents of gang violence and the number of confirmed homicides remained low” and of offering mobile phones and prostitutes to incarcerated gang leaders.

Bukele at the time denied his administration was negotiating with gangs. He wrote on Twitter that allegations of the government supplying cell phones, prostitutes and money to gangs were an “obvious lie.”

Critics, meanwhile, have accused the 40-year-old of authoritarian tendencies.

In February 2020, Bukele sent armed troops into Congress as he demanded that lawmakers approve his plan to secure a $109 million loan to tackle gang violence.

And last September, El Salvador’s highest court ruled that the president can serve two consecutive terms in office, paving the way for Bukele to run for re-election in 2024.

The high court judges were appointed in May 2021 by the country’s newly elected Congress — which is dominated by Bukele’s party — after the lawmakers removed the magistrates of the Supreme Court’s constitutional chamber and the attorney general.

Although homicides have decreased since Bukele took power, killings have been rising in recent weeks.

Bukele on Sunday said the measures “will only be implemented by pertinent institutions only when it will be necessary.”

“Life will go on as normal for the utter majority of people,” he said in a tweet.

The law was approved with 67 votes in favor, according to a tweet by the legislative assembly’s official account. Seventeen members either abstained or voted against.