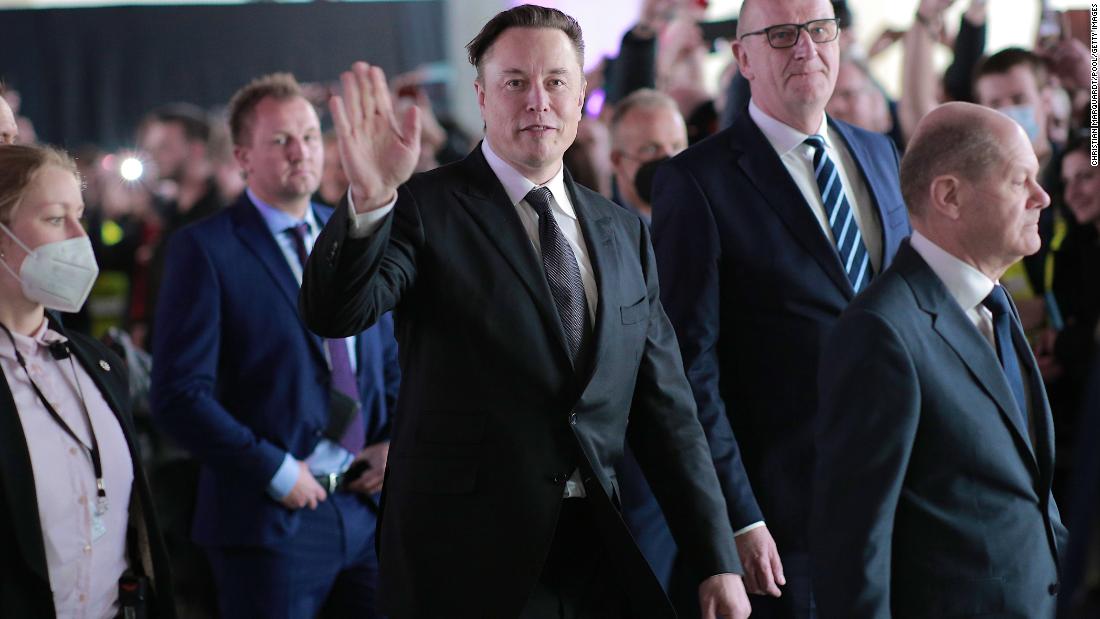 News of the purchase sent shares of Twitter (TWTR) soaring 20% in premarket trading. Musk did not disclose what he paid for the shares, but his stake was worth $2.9 billion as of the close of trading Friday, and $3.5 billion after the spike early Monday.
Musk’s filing did not disclose the purpose of the purchase or any plans for the company. But he has been a high-profile critic of Twitter policies in the past. Last month he said he was giving “serious thought” to creating a new social media platform.
“Given that Twitter serves as the de facto public town square, failing to adhere to free speech principles fundamentally undermines democracy,” Musk tweeted last month. “What should be done?”

Any time an investor buys 5% or more of a company’s shares, they must disclose the purchase in filings with the Securities and Exchange Commission. Although a stake of less than 10% in a company is considered “passive” in the eyes of Wall Street, it could signal an effort by Musk to take a more active role in how Twitter is run. That is one of the factors prompting other investors to buy shares and drive up the price early Monday.

“I think he intends to go active and force change at Twitter,” said Dan Ives, tech analyst as Wedbush Securities. “This is a shot across the bow at Twitter’s board and management team to start discussions.”

But Ives said it’s probably not realistic for Musk or anyone else to try to start building a new, competing platform from scratch. Thus it makes more sense for him to try to change practices at Twitter itself.

Musk has 80 million Twitter followers, far more than any CEO.