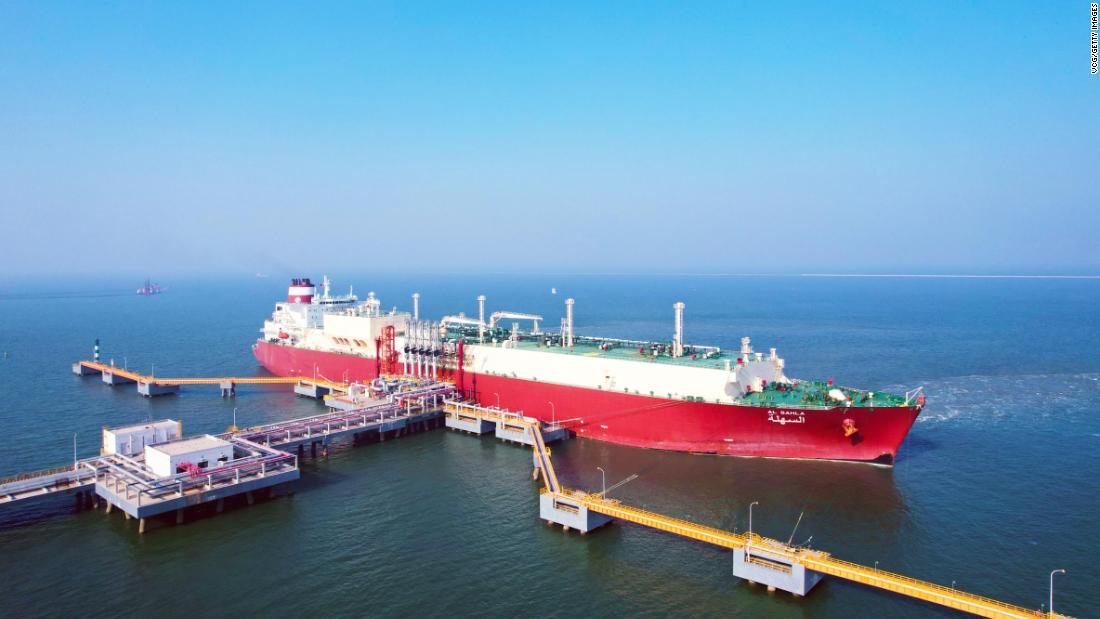 Markets remain on edge. The price of Brent crude, the global benchmark, increased 4% on Monday to $112 per barrel following an attack on Saudi production facilities and a push for EU countries to join a Russian oil embargo.

“Investors are eyeing key NATO talks later this week, aimed at tightening the sanctions screw on Russia and the prospect of a European crude embargo is expected to be put on the table once more,” said Susannah Streeter, senior investment and markets analyst at Hargreaves Lansdown.

Canada, the United States, the United Kingdom and Australia have already banned imports of Russian oil, affecting roughly 13% of Russia’s exports. Moscow’s continued aggression could bring the European Union on board, a move that could prompt a sea change in how the continent buys its energy.

“I think it is unavoidable to start talking about the energy sector. And we definitely can talk about oil, because it is the biggest revenue to the Russian budget,” Gabrielius Landsbergis, Lithuania’s foreign minister, said Monday ahead of a meeting of EU ministers.

Ireland signaled it could also support a ban on crude imports, even though natural gas prices are very high in Europe and an embargo could imperil supplies from Russia.

“Looking at the extent of the destruction in Ukraine right now, it’s very hard — in my view — to make the case that we shouldn’t be moving into the energy sector, particularly oil and coal,” said Irish foreign minister Simon Coveney.

Watch this space: President Joe Biden arrives in Europe later this week for meetings with NATO, EU leaders and a gathering of the G7. Energy will be very high on the agenda.

Remember: The European Union has already outlined plans to slash natural gas imports from Russia this year by finding alternative suppliers, speeding up the shift to renewable energy, reducing consumption through energy efficiency improvements and extending the life of coal and nuclear power plants.

There was another major sign of change over the weekend as Germany — Russia’s biggest gas customer — made progress on a major deal to purchase liquefied natural gas (LNG) from Qatar.

QatarEnergy said on Sunday that German economy minister Robert Habeck confirmed during a meeting with Qatari officials that Berlin was fast-tracking the development of two LNG receiving terminals.

“The two sides agreed that their respective commercial entities would re-engage and progress discussions on long term LNG supplies from Qatar to Germany,” QatarEnergy said in a statement.

The International Energy Agency, which monitors energy market trends for the world’s richest nations, is pushing governments to consider other changes.

The agency last week unveiled a 10-point emergency plan to slash oil demand that includes reducing highway speed limits by at least 6 miles per hour, working from home up to three days a week where possible and car-free Sundays in cities.

Other steps in the emergency plan include increasing car sharing, using high-speed and night trains instead of planes, avoiding business air travel when possible and incentivizing walking, cycling and public transportation.

If fully implemented, the moves would lower world oil demand by 2.7 million barrels per day within four months. That’s equal to the oil consumed by all the cars in China, the IEA said.

How Kohl’s became such a mess

With more than 1,100 stores and around $19 billion in annual sales, Kohl’s is the largest department store chain in the United States. And as recently as 2018, it was a bright spot in the beleaguered department store sector.

The chain’s sales are lower than before the pandemic, despite strong consumer spending and as rivals enjoy big gains. Activist investors are circling Kohl’s and demanding leadership changes. A sale of the company could be on the horizon.

The department store sector has been in structural decline for years against pressure from Amazon, growing big-box chains including Walmart and Target, and discount clothing stores like TJMaxx.

Department stores including Kohl’s have been undercut on prices by discount players from the bottom, and prestige by luxury stores at the top, said John Fisher, a senior lecturer at Boston College’s Carroll School of Management.

“It’s hard to be unique,” Fisher said. “I think Kohl’s is caught right now by death in the middle.”

Kohl’s has lost around 17% of its market share since 2011, primarily to off-price retailers such as TJMaxx, as well as Amazon, according to UBS.

“[F]orces like consumers’ migration to online and preference for value have contributed to this erosion,” UBS analyst Jay Sole said in a recent report. “This will likely continue after the pandemic.”

Inflation is everywhere. Except your cell phone bill

Inflation is everywhere: grocery stores, gas stations, retailers and the housing market. But one important part of the economy has remained immune to higher prices: cell phone bills.

And telecom stocks are paying for it, reports my CNN Business colleague Paul R. La Monica.

Even as Americans pay more for just about everything else, the average price of mobile plans continues to drop. That’s in large part because of the intense competition between Verizon, CNN parent company AT&T and T-Mobile.

The decline in wireless service bills stands “in such stark contrast to the prevailing inflation that is seemingly everywhere else,” analysts at Wall Street research firm MoffettNathanson wrote in a report titled “The Industry Inflation Forgot.”

And it’s showing in financial results. AT&T, Verizon and T-Mobile all reported fourth-quarter drops in average revenue per user (ARPU) — a key price metric in the wireless business. AT&T posted the biggest decline at 1.1%, while Verizon and T-Mobile prices each fell less than 1%.

The analysts argue that this may be the key reason why shares of Verizon and AT&T haven’t taken off this year. Verizon is flat and AT&T is down 6%. While that’s not as bad as the S&P 500’s nearly 7.5% loss, it’s still nothing to call home about.

Nike (NKE) will report earnings after the closing bell.

Also today: Russian bond payment of $66 million is due.