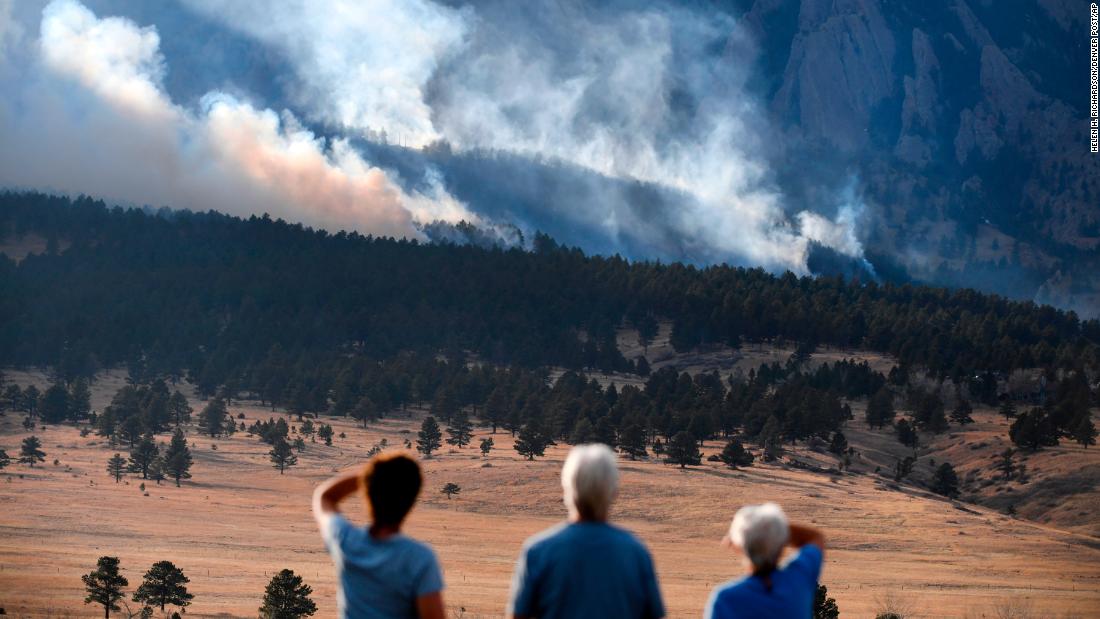 “With the exception of NCAR Road, all roads in the area are now open. Officials anticipate that NCAR Road will remain closed for several days,” the agency said Sunday evening.

“While it is now safe to return home, people in the area of the fire should remain vigilant. Fire officials do not anticipate fully extinguishing the fire for several days. It is possible that the (city may) issue new evacuation orders if conditions deteriorate. Continue to follow this Boulder Office of Emergency Management page for updates.”

The cause of the wildfire remains under investigation.

The inferno broke out Saturday afternoon and burned out of control Saturday evening — prompting evacuation orders for thousands of residents, officials said.
“Evacuation areas include 19,000 people and 8,000 homes,” the Boulder Office of Emergency Management tweeted Saturday evening.
By late Sunday afternoon, the blaze had charred about 189 acres and was about 35% contained, the office of emergency management said.

No injuries had been reported, and no structures had been damaged, the agency said late Sunday.

Mike Smith of the Boulder Incident Management Team said he was “very happy” with the battle against the blaze.

“We had over 200 firefighters from over 30 agencies,” Smith told reporters Sunday. “That, combined with all of the fuel mitigation treatments that we’ve done in this area, is one of the reasons that we had such great success.”