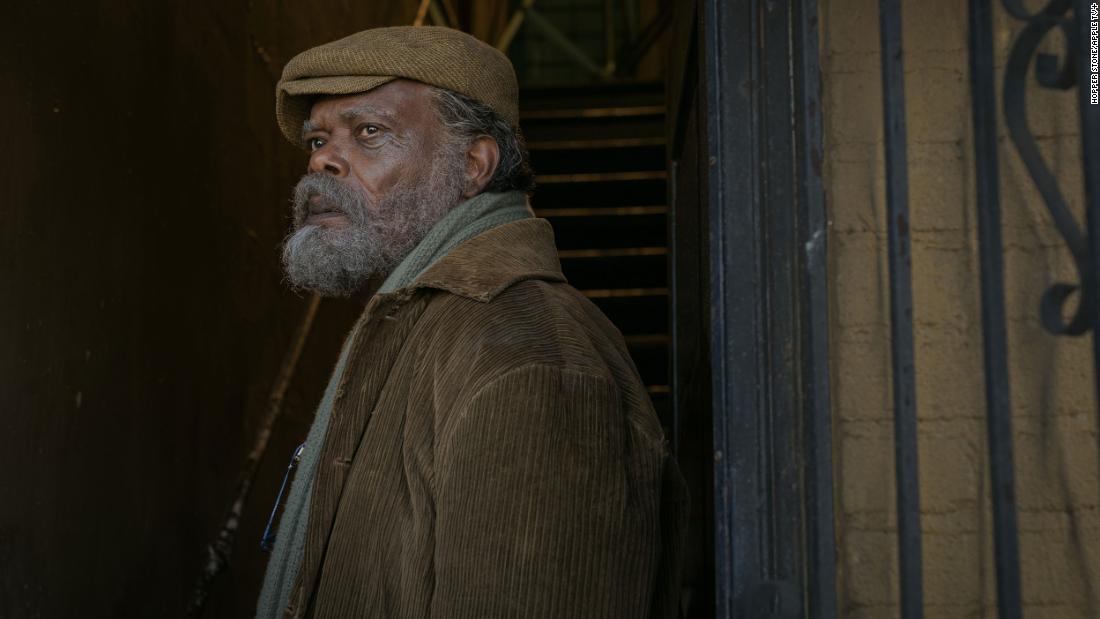 Jackson’s title character is introduced in the throes of dementia, relying on help from his nephew (Omar Miller), who is murdered early on. Lacking a caretaker, Ptolemy forms a bond with an orphaned teenager, Robyn (Dominique Fishback), before he meets a doctor (“Justified’s” Walton Goggins) offering him a second chance: An experimental drug treatment that has the ability to restore Ptolemy’s memories, at least temporarily.

Based on the 2010 novel by Walter Mosley, who also serves as an executive producer, the narrative meanders before reaching that point, which opens up a series of flashbacks as his memories flood back, including Ptolemy’s family history and long-dormant recollections of the horrors that they faced.

Those sequences operate on a parallel track with Ptolemy using the time he has left to try and determine who killed his nephew, seeking to exact vengeance before the wonder drug fades and it becomes too late.

The concept creates a showy role for Jackson — alternately exhibiting rage and confusion as he struggles against the vagaries of his own mind, while playing the character at different ages — and the latest opportunity to admire Fishback, who continues to build a resume of knockout supporting performances that has included HBO’s “The Deuce” and “Judas and the Black Messiah.”

Still, the oscillation between past and present already feels like an overused device, and the temporary nature of Ptolemy’s treatments — backsliding between them — undercuts the story’s momentum before it can reach a not-wholly-satisfying conclusion.

Streaming has become the ideal place for big names like Jackson to bring passion projects, affording them creative freedom and the chance to flesh out stories that would garner less attention as independent films, assuming they get made at all. As for the services, the publicity and prestige render considerations about actual viewership secondary, not that those figures are regularly disclosed.

In that sense, “The Last Days of Ptolemy Grey” should yield benefits to those directly involved. The upside for viewers of this uneven series isn’t nearly as clear.

“The Last Days of Ptolemy Grey” premieres March 11 on Apple TV+. (Disclosure: My wife works for a unit of Apple.)