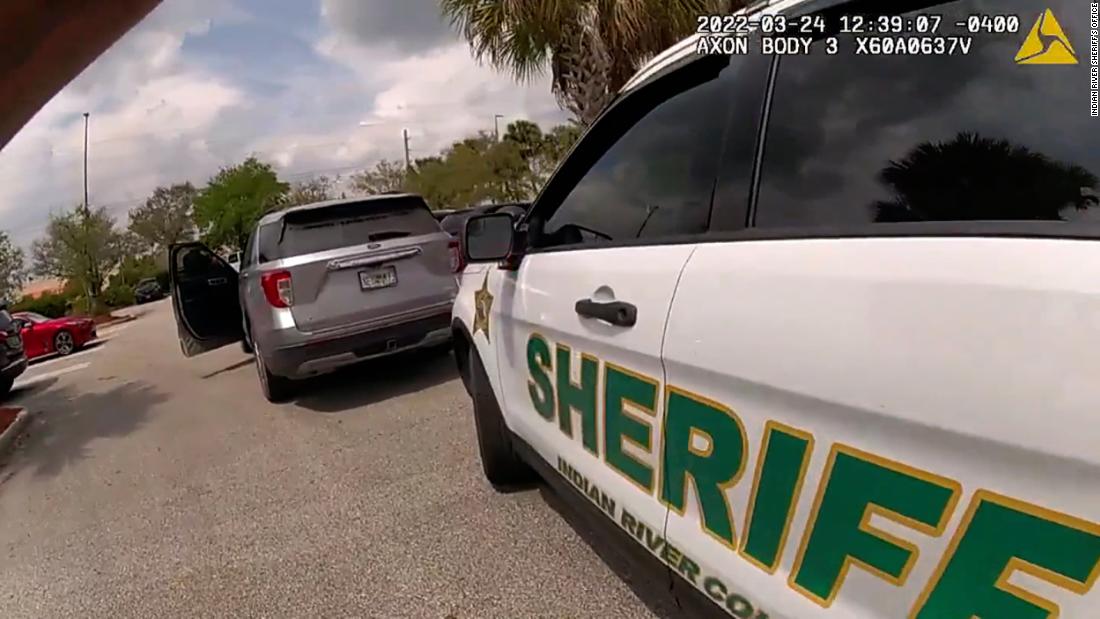 Seminole County deputies responded early Thursday morning to the Husseini Islamic Center in Sanford after a woman called 911 and said there was an injured, potentially deceased person on the property, Seminole County Sheriff Dennis Lemma said at a news conference.

According to the 911 caller, when she arrived for work at the center, she saw a pair of pants at the front door. Inside she found signs of an altercation: Chairs were thrown around, a table moved and a window had been smashed with a propane tank, Lemma said. The woman saw a body on the back porch and called the police, he said.

Deputies found the body of the 59-year-old facilities manager on the porch. He had been bludgeoned and beaten with a shovel, Lemma said.

Authorities believe the suspect entered the mosque after breaking the window with the propane tank. The deadly altercation happened when the victim came in for the day, Lemma said.

“You can just imagine for one moment, if it wasn’t for the heroic efforts of our victim trying to confront this threat, struggle there and prevent any of those other people who may have been coming in just minutes later from experiencing similar fate,” Lemma said.

The name of the victim has not been released.

The Islamic Center’s president praised the employee for saving others at the center, which serves as a school and daycare during the day.

Mahmood Dhalla said, “He will be memorialized forever in our community. He saved our children’s lives.”

Dhalla remembered the facilities manager as the “heart and soul” of the center who wore many hats at the mosque — from arranging furniture, to maintenance and security.

“He was an amazing person. He always said, ‘I will protect this place with my life,’ and I think he did just that,” Dhalla said.

During their investigation, authorities discovered that the suspect was not known to anyone at the center.

The suspect indicated on social media posts that he believed he was a descendant of Julius Caesar and he needed to defend Caesar’s property, the sheriff said.

“Clearly this location was targeted,” Lemma said. “Not targeted based upon it being a mosque. It was targeted because the murderer believed this was Caesar’s home.”

The suspect allegedly left the center in the victim’s vehicle. Law enforcement officers were looking for the vehicle when it was seen on a license plate reader in Indian River County, Sheriff Eric Flowers said in a news conference.

Deputies stopped the vehicle in a Sam’s Club parking lot. The suspect got out of the vehicle but would not comply when asked to put his hands up. At one point, he reached into his pocket and pulled out his hands, pointing them like guns at the deputies, according to body camera video released by the department.

He then turned and dove back into the vehicle, Flowers said. Deputies fired their weapons, striking him three times.

The suspect was in surgery, Flowers said. Should he survive, he will likely face murder charges, Lemma said.

The two deputies who fired their weapons are on paid leave, pending an investigation. No one else was injured in the incident.