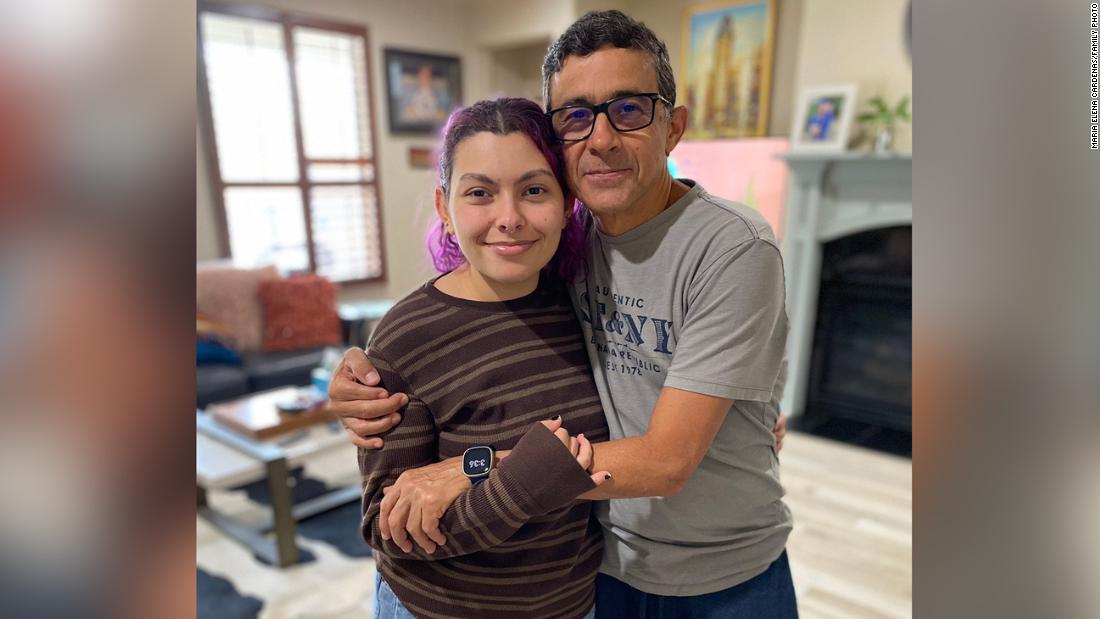 “This terrible situation has caused a lot of suffering and pain, much more than I can explain with my words,” he said in a written statement following his release. “I got out of jail and got my freedom after about 1570 days of wrongful captivity. It was a very hard time marked by deep pain, but also by faith, hope, love, and survival.”

Cárdenas was one of six US-based former Citgo executives — known collectively as the “Citgo 6” — who had been detained in Venezuela for more than four years after being summoned to Caracas in November 2017 for an alleged emergency meeting and being arrested on corruption charges.

Cárdenas and the loved ones of the five remaining members of the group — Tomeu Vadell, Jorge Toledo, Alirio Jose Zambrano, Jose Luis Zambrano and Jose Angel Pereira — are hopeful that they soon will also be freed.

“They and their families deserve the same blessings and freedom that I got,” Cárdenas said.

The family members who spoke to CNN said they welcomed Cárdenas’ release, calling it a very promising sign, but some acknowledged it is also bittersweet as their loved ones remain behind bars.

“I feel very happy and hopeful. This is, I think, a really wonderful first step in bringing all the men home,” said Veronica Vadell Weggeman, one of the daughters of Tomeu Vadell.

“It’s a victory for Americans and everyone that’s detained abroad. Every time someone’s brought home, I think it gives a hope to all the other ones that are left behind that they will come home, you know. We will all have that, that hug at some point, we just don’t know when, but we will have it,” she added.

Tomeu’s wife, Dennysse Vadell, echoed her daughter’s sentiment but also said she’s “a little nervous,” because “this window opened — I’m afraid it would close at any time.”

The release of Cárdenas and Jorge Alberto Fernandez, a Cuban-US dual citizen who had been detained in Venezuela since February 2021, came after a quiet trip to Caracas by a US government delegation, including National Security Council official Juan Gonzalez and Special Presidential Envoy for Hostage Affairs Roger Carstens.

It remains unclear what exactly led to their release or why those two were freed out of the at least eight remaining Americans detained in the country, including US citizens Matthew Heath, Luke Denman and Airan Berry.

Those who spoke to CNN said that when reports initially emerged on Tuesday evening that Americans had been freed, there had been confusion and stress until the US government officially confirmed the development.

Alexandra Z. Forseth, the daughter of Alirio Jose Zambrano and niece of Jose Luis Zambrano, said Carstens told her family the men “were in really good spirits.” She said she had been told by family members who had met with Carstens that he sounded “really positive” that the other members of the group could be released relatively soon.

At least some of the Citgo 6 were able to give Carstens handwritten notes, which he delivered to the families when he met with them in Texas.

“God’s time is perfect and we will be back together at the perfect time,” Alirio Jose Zambrano wrote in his note.

Cristina Vadell, another of Tomeu Vadell’s daughters, said that “it was very emotional because it was the first note that I get to really touch.”

“You know, I always get like a screenshot or a snap of a picture of Dad’s letters, but never, you know, the physical letter. That really impacted me,” she told CNN.

In his note, Tomeu Vadell had written: “The end is getting closer and closer and soon we’ll be together.”