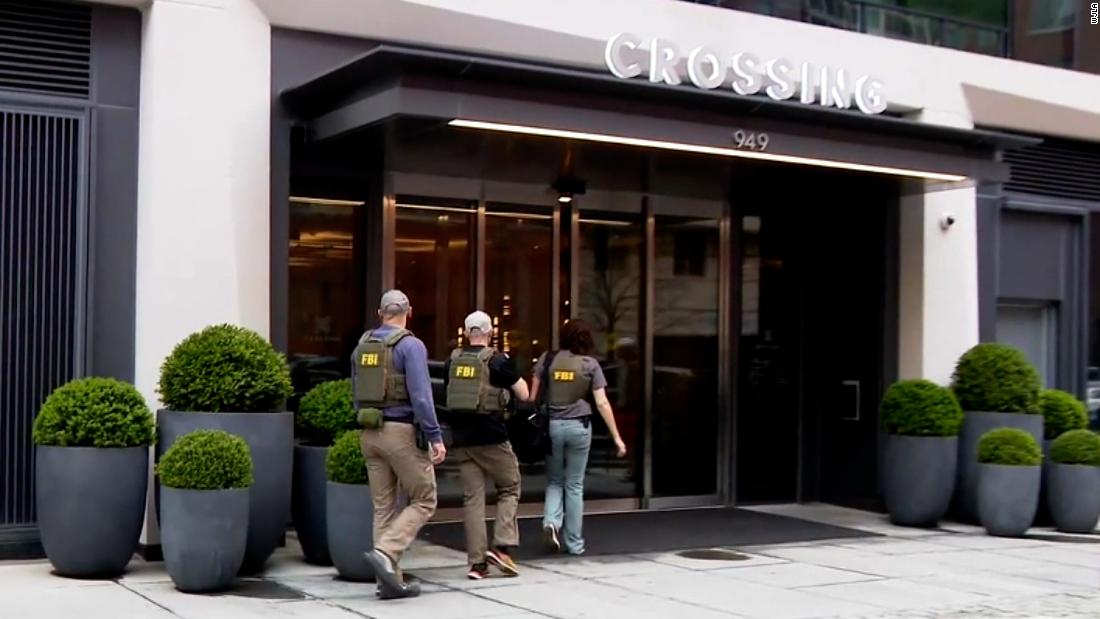 Arian Taherzadeh and Haider Ali allegedly provided “rent-free apartments” estimated to cost more than $40,000 annually each to a DHS employee and members of the US Secret Service, all while impersonating federal agents, the affidavit said.

According to the document, Taherzadeh allegedly provided a Secret Service agent assigned to protect the White House complex a “rent-free penthouse apartment” for one year at a cost of about $40,200.

Taherzadeh allegedly offered to purchase a $2,000 assault rifle for a Secret Service agent on the first lady’s protective detail, the affidavit said.

It wasn’t immediately clear if the agent on the first lady’s detail or the agent assigned to the White House complex were among the four placed on leave.

The Secret Service said in a statement to CNN, “The Secret Service has worked, and continues to work, with its law enforcement partners on this ongoing investigation. All personnel involved in this matter are on administrative leave and are restricted from accessing Secret Service facilities, equipment and systems. The Secret Service adheres to the highest levels of professional standards and conduct and will remain in active coordination with the Departments of Justice and Homeland Security.”

Taherzadeh and Ali allegedly obtained assault rifles, handguns and other items to pose as federal agents.

According to the affidavit, Taherzadeh allegedly gave federal agents gifts including “iPhones, surveillance systems, a drone, a flat screen television, a case for storing an assault rifle, a generator, and law enforcement paraphernalia,” telling the agents they were paid for by DHS.

The affidavit alleged Taherzadeh also conned an individual into researching a government contractor for the Department of Defense and Intelligence Community as part of a “recruiting process” for the Homeland Security Investigations branch of DHS.

FBI agents were seen entering an apartment building in Washington’s Navy Yard Wednesday afternoon. An FBI spokesperson told CNN the agents were conducting a court-authorized search at that location. A source familiar with the situation said that FBI raid is related to the arrest of the two men.

Taherzadeh and Ali’s alleged ruse was uncovered when a US Postal Inspector started investigating an alleged assault of a USPS letter carrier in an apartment complex where the two men allegedly had multiple units, according to court documents. The inspector interviewed the men as potential witnesses of the assault, and they identified themselves as investigators with the US Special Police investigating the January 6, 2021 attack on the US Capitol as well as gang activity, the documents said.

Throughout the investigation, the inspector learned that the two men had given gifts to members of the USSS. The inspector provided the information to the DHS Office of Inspector General, which then contacted the FBI, according to the affidavit.

CNN has not been able to identify attorneys for the two men. They are currently being detained and will be arraigned Thursday in the US District Court in Washington, DC, before Magistrate Judge G. Michael Harvey.