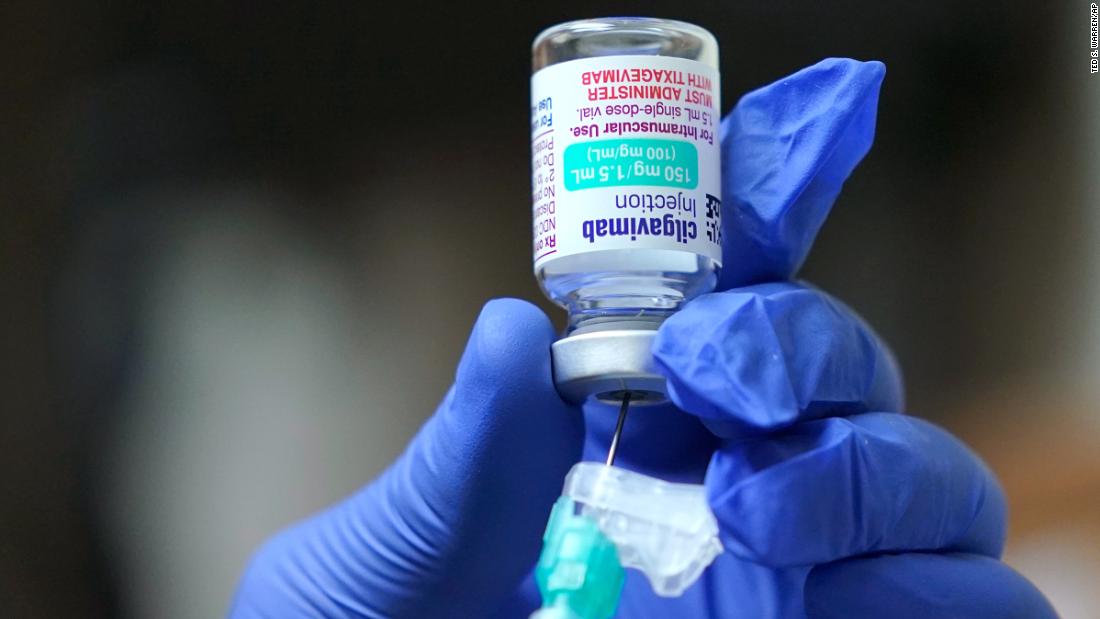 “Based on the most recent information and data available, Evusheld may be less active against certain Omicron subvariants. The dosing regimen was revised because available data indicate that a higher dose of Evusheld may be more likely to prevent infection by the COVID-19 Omicron subvariants BA.1 and BA.1.1 than the originally authorized Evusheld dose,” the FDA said in a news release.

Evusheld was granted an EUA on December 8. It’s authorized as pre-exposure prophylaxis for the prevention of Covid-19 in certain people over the age of 12 who have a moderately to severely compromised immune system due to medical conditions, who’ve gotten medications or treatments to weaken the immune system and may not get enough immune response from vaccines, or who have been advised not to get a vaccine because of a severe reaction to a Covid-19 vaccine or its components.

Previously, Evusheld was authorized with a dosage of 150 milligrams (mg) of tixagevimab and 150 mg of cilgavimab as two injections into a muscle, one after the other, with repeat doses every six months while the coronavirus remains in circulation. With the revision, the FDA has increased the initial dose to 300 mg of both tixagevimab and cilgavimab.

Protection against symptomatic disease may not last as long as was shown in clinical trials, as that data came before BA.1 and BA1.1 emerged, the FDA said.

It’s not clear whether these subvariants will still be circulating in the coming months or if another subvariant will become dominant, the FDA noted. It gave the example of the BA.2 sublineage, which Evusheld is expected to have greater neutralizing activity against. Because of this, the FDA can’t give a recommended timing for repeat dosing, but it said it will continue to monitor the situation and provide information when there’s more data.

The revision of the EUA is positive, Dr. Dorry Segev, a professor of surgery at Johns Hopkins Medicine, told CNN.

“I think it’s great that we remember that this whole pandemic is basically building the airplane as we fly it. And I think that it’s great that there continues to be good science in studying this particular monoclonal antibody, and in studying all of these monoclonal antibodies, and in understanding the impact of these monoclonal antibodies on the new variants or maybe the impact of the variants on the efficacy of these,” he said. “And I think that it’s great that the new data identified the ideal dosage that immunocompromised people need to be protected, and it’s actually a reassurance that with the new dosage there will be protection, and that’s great.”

There are challenges, though.

“The tricky part, of course, is to get the word out to everybody who already got doses that it’s important to supplement their dose so that it is more effective against the new variant, against Omicron specifically,” Segev said. “And also, to continue to get the word out to immunocompromised people that it is important for those who will benefit from this to seek this therapy.”

The US government has shipped nearly 600,000 courses of Evusheld across the country since December 13, according to the US Department of Health and Human Services. In January, the government announced the purchase of an additional 500,000 doses of Evusheld, which is made by AstraZeneca.
The US Centers for Disease Control and Prevention estimates that about 2.7% of US adults are immunocompromised. This equates to about 7 million people.

“There already is inadequate access to this product for those who need it, and that will become more challenging now,” Segev said. “Of the remaining doses, you have to basically cut them in half in terms of availability to actual people.”

Katherine Lontok, director of science and policy communications at the the Immune Deficiency Foundation, said that Evusheld fills a crucial gap for those who have a primary immunodeficiency and may not develop protective responses to Covid-19 vaccines.

“It is important to adjust the dose of Evusheld as necessary to provide meaningful protection to those who receive this treatment, who are moderately to severely immunocompromised, from currently circulating viral variants. We applaud the FDA for quickly generating data on the newest variants and acting to update the product’s authorization to afford patients the best protection possible,” she told CNN in an email.

“On the other hand, doubling the dose will make the treatment even more scarce, and we continue to hear that patients with primary immunodeficiency are having trouble accessing the treatment, even with the additional 1 million doses the federal government has purchased and an accelerated distribution schedule to states.”

Dr. Brian Koffman, co-founder, executive VP and chief medical officer of the CLL Society, told CNN in an email that “The fact that Evusheld is still being recommended and doses quickly adjusted to provide optimal protection against any variants is a sign that that it is still active and an important option for the immunocompromised. We need more of it and for it to be quickly and equitably distributed.

“This change in recommendations makes the situation more complicated and frustrating, but it doesn’t change the fact that many of the immunocompromised can still greatly benefit from pre-exposure prophylaxis.”

For those who have already gotten the monoclonal antibody, the doubled dose has raised concerns about availability and access.

Dr. Vivian Cheung, a professor of pediatrics at the University of Michigan Medical School, has a rare genetic disorder that requires immunosuppressants. She received her first dose of Evusheld in January.

“We’re so far from having enough doses at the lower dose,” she said. “Now, we’re saying that everyone needs to take two doses every six months, so four doses in a year. There’s just no way that, with the current doses, this will cover everyone who needs it.”

The increased dosing will also widen the divide between people who can do anything possible to get a dose and those who, for various reasons, either do not know about Evusheld or know about it and can’t access it.

For Cheung, getting the first dose of Evusheld was not easy, and it looks like getting the second will also be difficult.