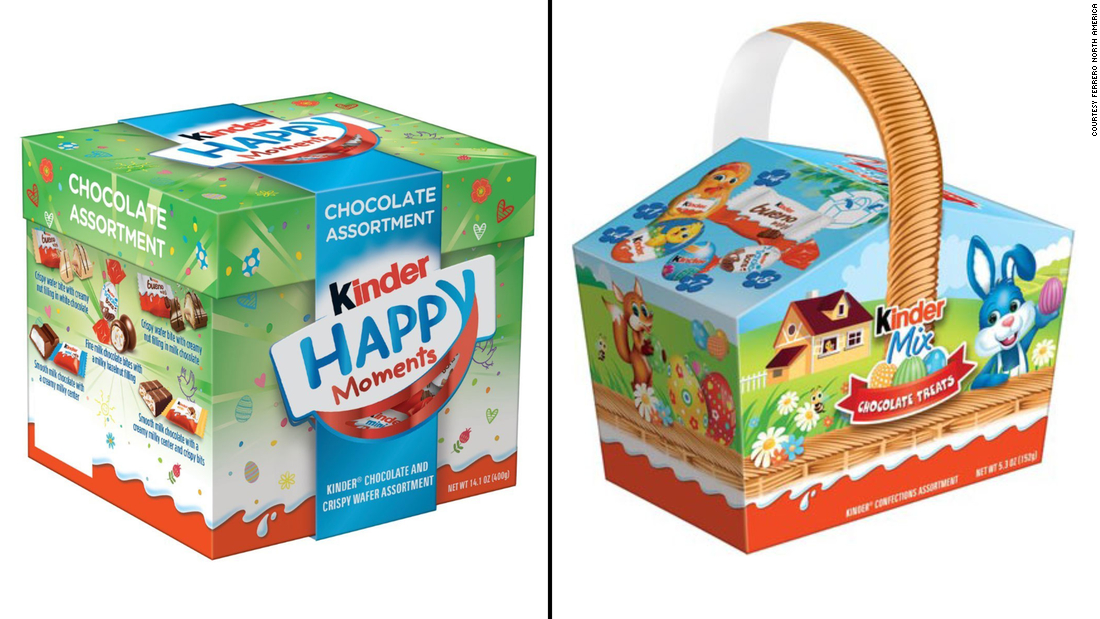 Kinder Happy Moments Chocolate Assortment and Kinder Mix Chocolate Treats basket are being recalled because they were manufactured in a facility where salmonella was detected, Ferrero North America said on Thursday.

The voluntary recall comes after Ferrero recalled its Kinder Surprise chocolate eggs from the UK stores earlier this week, adding that the affected chocolate was manufactured in Belgium and the recall may be extended to other countries.

“While there are no reports of illness in the United States to date, Ferrero is voluntarily recalling the products out of an abundance of caution due to reported cases of salmonella in consumers that consumed products in Europe that were manufactured at the same facility,” the statement said.

The salmonella bacteria can cause serious and severe infections, especially in children or elderly people and others with weak immune systems.